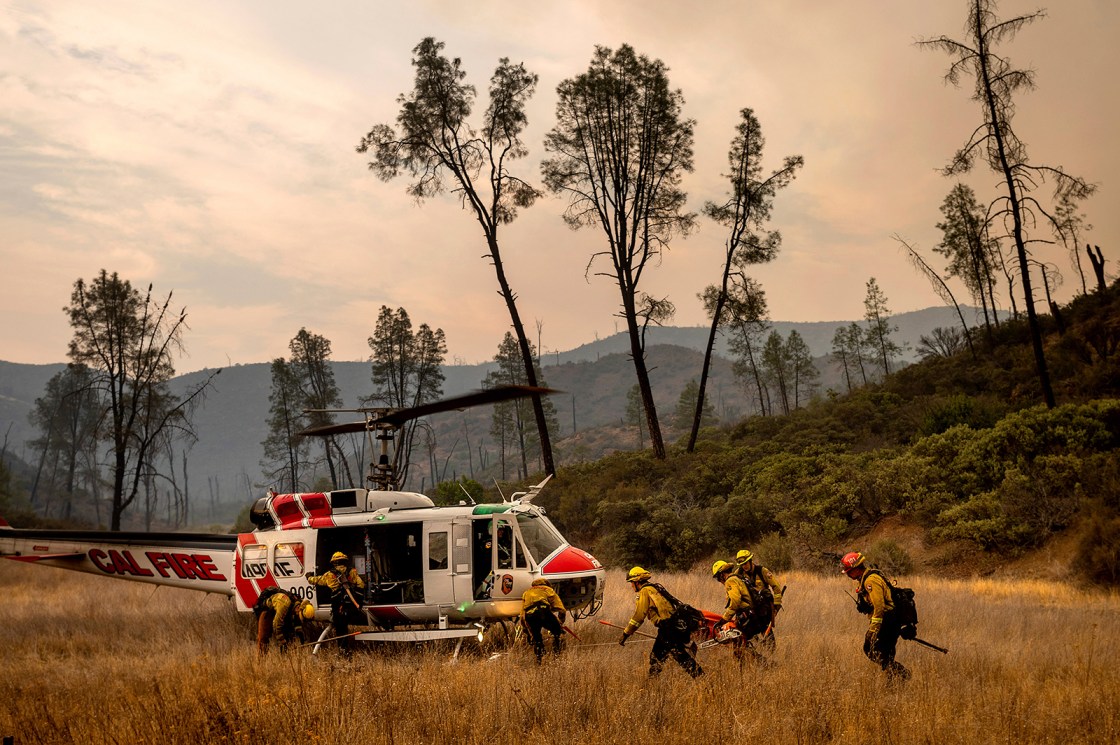 Lower temperatures and weaker winds are helping firefighters get a handle on deadly wildfires that have afflicted California for days, fire officials said Tuesday.

More than 650 wildfires, many sparked by lightning, have burned more than 1.25 million acres in the Golden State since August 15. That’s more than six times the size of New York City.

“The weather’s really cooperating with us,” said Brunton, who is helping oversee the battle against the 78,800-acre CZU Lightning Complex Fire southwest of San Jose, in San Mateo and Santa Cruz counties.

“We are steadily getting a trickle of resources in, and putting them to work,” Brunton said.

Red flag warnings still are in effect for areas covering about 1.6 million in Northern California, Nevada, Oregon, and Montana.

Those warnings say conditions that would be likely to start or spread fires, such as lightning, are imminent.

As of Tuesday, 93 large fires have burned more than 1.8 million acres in 14 states, including 24 in California, 16 in Arizona, 14 in Oregon, seven in Alaska and six in Colorado, according to the National Interagency Fire Center.

Smoke from the fires have made for poor air quality. The National Weather Service issued air quality alerts in parts of California and at least seven other Western states Tuesday.