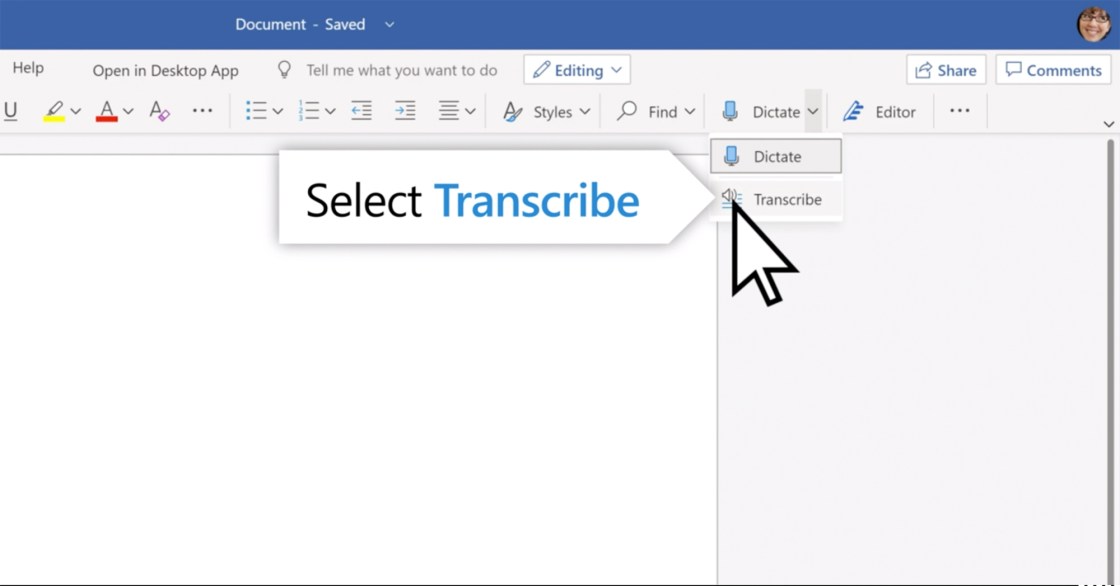 Any student who needs to transcribe a lecture faces the tedious task of typing super fast and trying to listen at the same time. But now Microsoft Word can do the work for us.

With the latest Microsoft 365 update, subscribers can upload an existing audio recording to be transcribed or record a live conversation inside of Microsoft Word. The program can also detect if different people are speaking during a conversation, and it will create a time-stamped transcript of what was said. If there are errors in the transcription, people can double check the audio and correct it.

The feature, called Transcribe in Word, is only available on the web version of the app for now and only Microsoft 365 subscribers can access it. 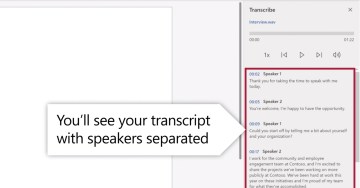 Artificial intelligence has been around for a while to help make transcriptions quicker and easier. In recent years, it’s improved to have greater accuracy. There are other AI-powered transcription products on the market, including Otter.ai or Apple and Google’s voice to text features. Google unveiled its Recorder app last year, which can perform live, searchable transcriptions for free — but it can’t identify different speakers.

For years, Microsoft Word lagged slightly behind the competition.

The feature builds upon Microsoft’s already existing Dictate function, which lets you type sentences by speaking (although in Dictate, you need to specify punctuation marks). 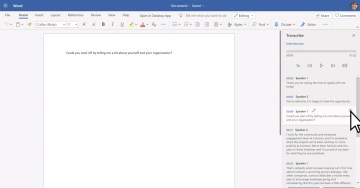 With Transcribe in Word, the transcript appears alongside the Word document, so you can continue typing and creating your document. You’re able to pull quotes from any line of the transcript or add the entire transcript into the body of your main text.

Word is imposing a five-hour time limit per month for uploaded recordings and a 200 MB file size for each recording, but there’s no limit if you directly record audio within Word.

Microsoft said in a blog post that it will bring the transcription feature to Word on mobile by the end of this year and that it is working on support for other languages besides English. There’s no word on when the feature could arrive on the desktop apps for Windows and macOS.