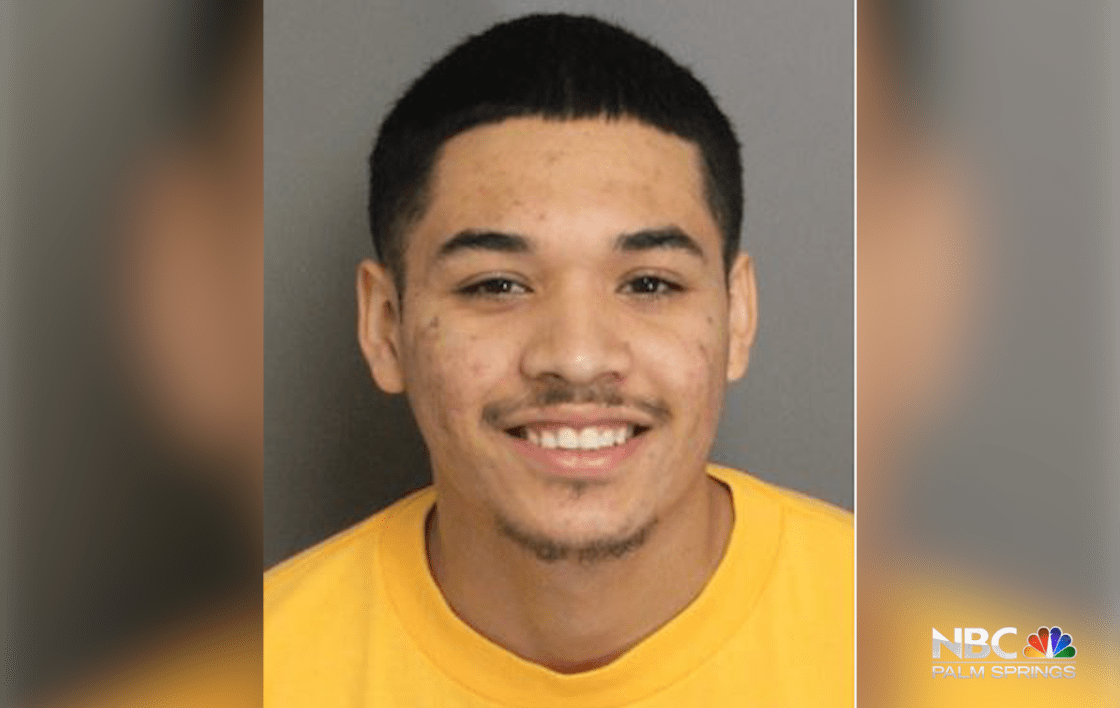 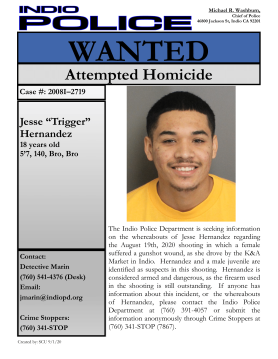 Jesse “Trigger” Hernandez is one of two people suspected in the Aug. 19 shooting near K&A Market at 82-814 Avenue 44, according to Indio Police Department spokesman Ben Guitron.

The other suspect’s name was withheld because he is underage. It’s unclear if he has been arrested.

According to Guitron, a married couple were passing the market about 8:30 p.m. on Aug. 29 when they reported hearing somebody yelling before shots rang out. Bullets struck the couple’s vehicle, and one bullet hit the woman in the passenger seat. She was rushed to an area hospital and survived, Guitron said. Their names were not released.

Guitron said the shooting was thought to be gang-related and “involving local individuals (who) have been involved in other shootings in the area.”

Police released a photo of Hernandez, who they said should be considered armed and dangerous and should not be approached.

Anyone who knows his whereabouts and other witnesses are urged to call Indio police Detectives Marin or Traynham at 760-391-4057. Tipsters who want to remain anonymous can call Coachella Valley Crime Stoppers at 760-341- STOP.