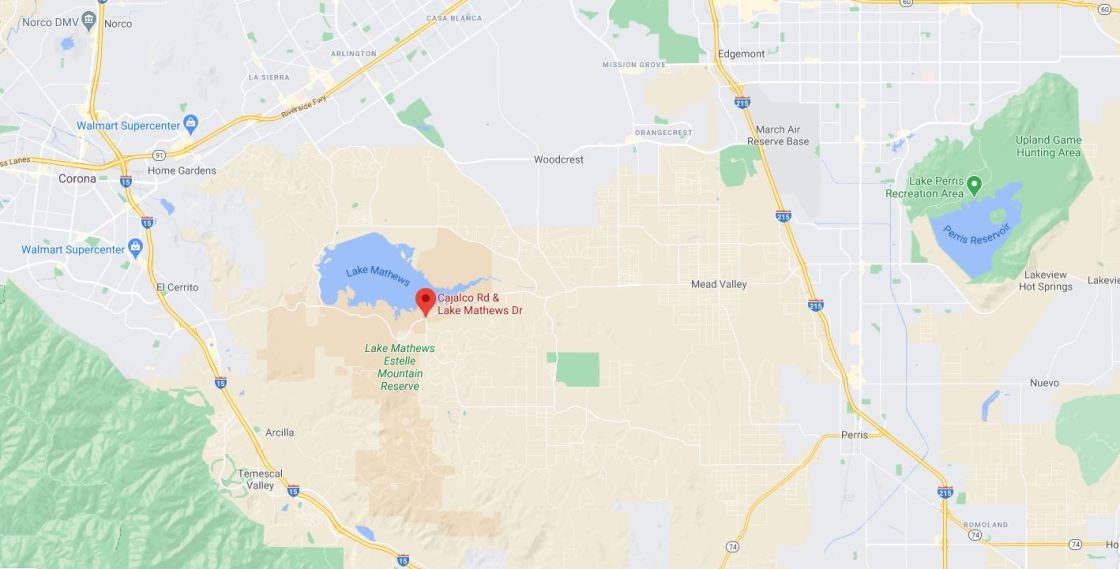 LAKE MATHEWS (CNS) – The pilot of a single-engine plane made an emergency landing on a two-lane road just south of Lake Mathews Wednesday, successfully stopping without hitting vehicles or roadside objects.

The forced landing was reported about 10:40 a.m. near the intersection of Cajalco Road and Lake Mathews Drive, roughly three miles south of Riverside, according to the Riverside County Fire Department.

Neither the pilot or the other occupant of the Cessna 172 Skyhawk was injured, authorities said.

The aircraft experienced a partial power loss while maneuvering over the lake, requiring the pilot to find a suitable off-airport landing site to immediately get the plane down safely, according to the Federal Aviation Administration.

“There was no damage to the aircraft,” FAA spokesman Ian Gregor told City News Service. “The FAA will investigate.”

The plane was moved to the shoulder of Cajalco to allow traffic to pass.

Lake Mathews is a designated flight practice area, and both planes and helicopters utilize the airspace directly above the lake on a daily basis.

The Metropolitan Water District of Southern California at one time maintained a landing strip on the north end of the lake, but it was closed years ago.

According to FAA records, the plane, tail number N8157X, was manufactured in 1961 and is owned by a Yucca Valley man.