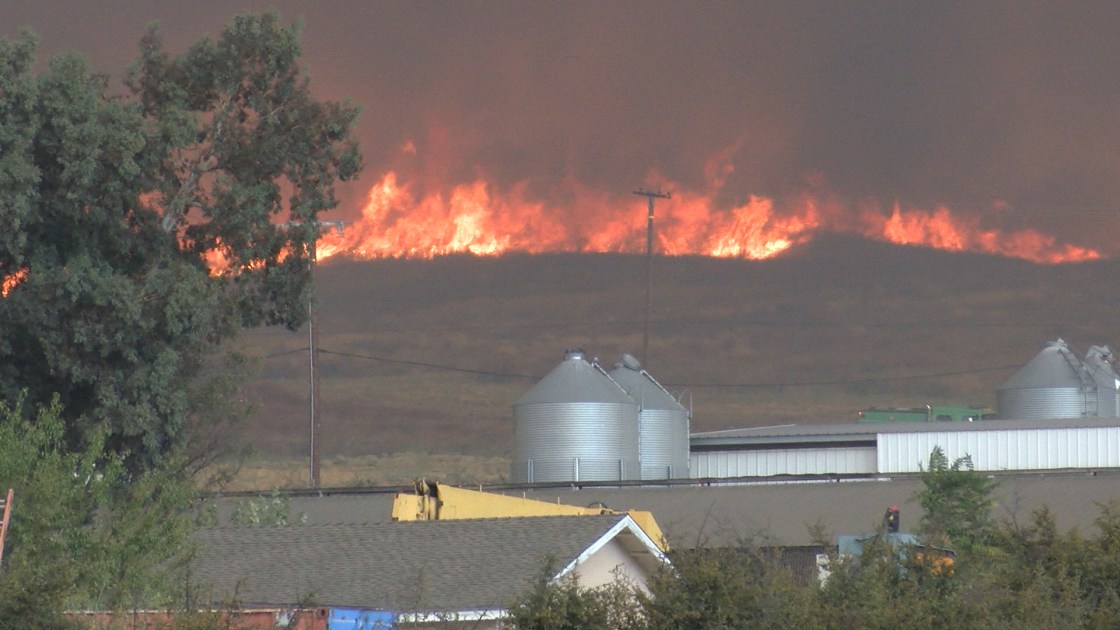 The El Dorado Fire stands at 5% containment with over 7,000 acres burned and mandatory evacuations continued for parts of Yucaipa. NBC Palm Springs spoke to residents who were just being asked to leave their homes as the mandatory evacuation was being put into effect.

“My son in law, they’ve got all their pictures and important papers, and the boys are getting the things that are important to them. and you know their animals, so that’s about it,” said Linda Beck, Mother of Yucaipa Resident.

As the fire started to spread Sunday afternoon, so did evacuation orders. Communities that had to be evacuated Saturday included Forest Falls, Forest Home, and Oak Glen.

Residents had been watching the fire spread since the early morning before another mandatory evacuation was issued.

“First thing this morning, it was upon the ridge, much higher up, but it seems to have exploded. it’s come a lot further down and the wind has changed direction totally,” said Jan Judd, Resident of Yucaipa.

People North of Yucaipa Boulevard and east of Bryant Street are have been ordered to evacuate. Something Beck and her family experienced before.

“My husband and I live in highland and several years ago we had a bad fire and we had to evacuate and it burned houses by our house so I’ve been through this before,” explained Beck.

Beck also had some advice for people who may be debating on whether to evacuate.

“I think they should evacuate and always be prepared, have everything where you know where it is that you want to take, and just be prepared because you never know,” added Beck.

Officials as people to stay away from these fire scenes, as they had a tough time getting in and out of these neighborhoods when people decide to pull over and snap a photo. It also creates havoc for people trying to evacuate, just something to keep in mind.