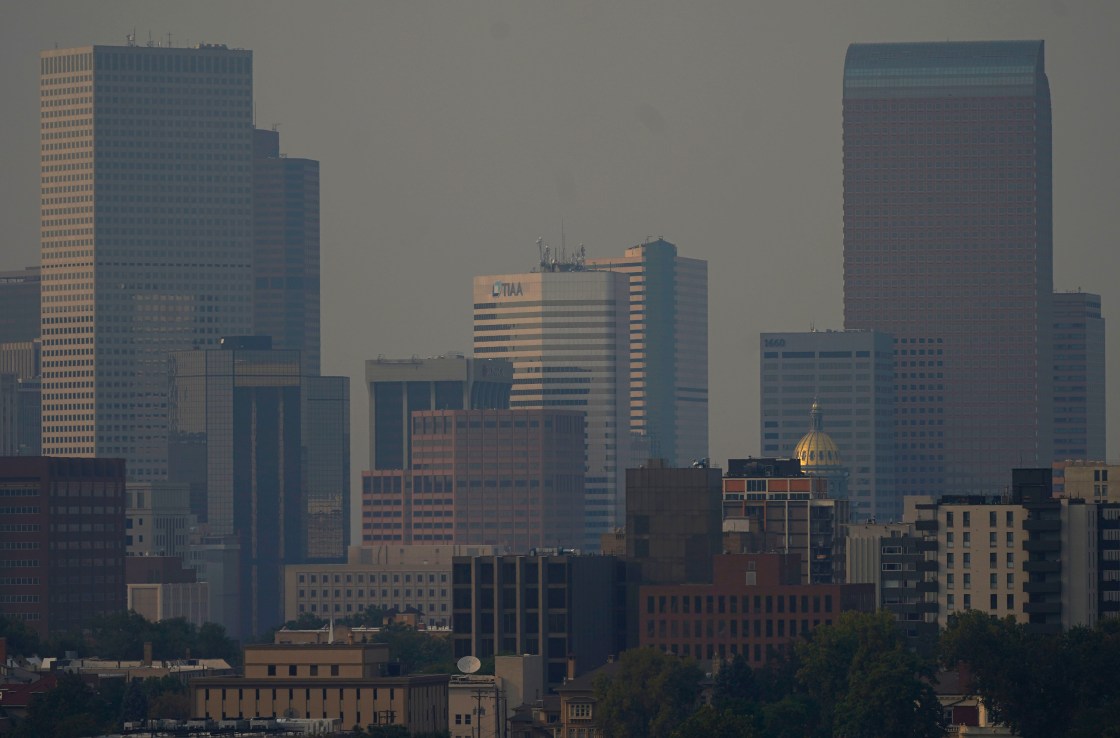 Residents of the Mile High City will go from experiencing record heat to preparing for a sudden snow storm. The city is expecting a more than 60-degree drop in daily high temperatures, from 101 degrees on Saturday to a predicted 32 degrees on Tuesday. Sunday was kind of hot too, with a high of 97.

Blasts of strong winds with cold fronts, as well as rain and snow, are expected Monday evening, the National Weather Service (NWS) in Denver/Boulder announced in a situation report.

“A drastic change in the weather will occur Monday night and Tuesday, with record or near record heat replaced by wintry conditions, snow, and record cold,” NWS said. “Significant snow accumulations can be expected in the Front Range Mountains and Foothills, while the Denver metro area and I-25 Corridor may also see slushy, wet snowfall by early Tuesday morning.”

A deep freeze is expected to set in Tuesday night after temperatures in the area drop, according to CNN meteorologist Michael Guy.

Denver temperatures were around 93 on Monday at 2 p.m. before plummeting Monday night into Tuesday morning. A low of 35 degrees is being predicted for Monday night.

A near 60-degree drop is historic for a city where these sort of fluctuations are not unheard of. Denver will need a 61-degree drop to jump into the top-five records in the city’s weather history.

By Monday, the hot weather accelerated fire growth at Cameron Peak to 89,312 acres with 4% containment, according the United States Forest Service (USFS).

Until the cold front passes through the area Monday night, much of the mountains in Colorado are very warm with critical fire danger.

The snowfall — which is expected to be 8 to 14 inches — may suppress the Cameron Peak fire or completely put it out.