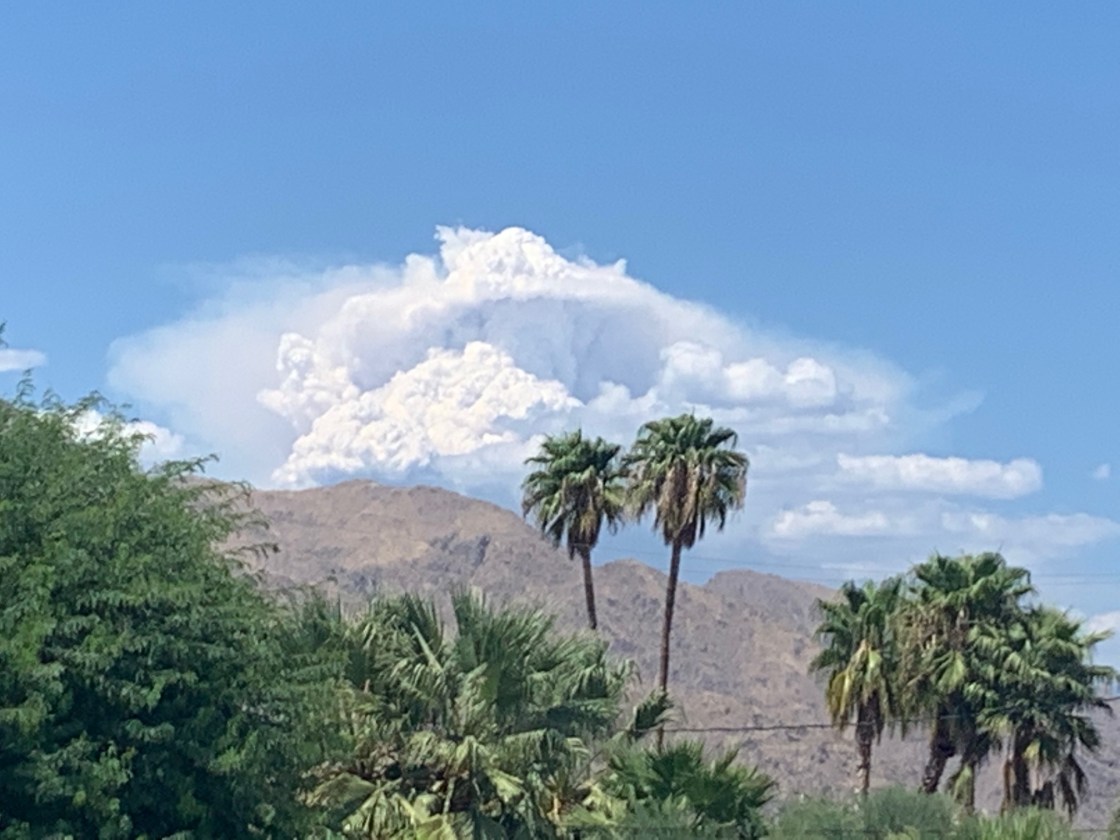 The Bobcat wildfire which broke out north of Azusa at 1:00 P.M. Sunday and by sundown has now blackened 4,871 acres and has 0% containment as of Tuesday Morning.  Video shot by KNBC-4 Los Angeles showed the blaze moving rapidly through wild land and timber.  The station reports that two super scoopers were dispatched to the fire along with at least one water dropping helicopter.  No structures are threatened at this time.  Highway 39 has been closed and approximately 1000 people who had gone into the wilderness for the day or weekend have been evacuated.

|Update| #BobcatFire Overnight, the fire has grown to 4,871 acres and remains 0% contained. pic.twitter.com/Rf5EM7h5Ua

The El Dorado Fire in San Bernardino County, which officials say was sparked Saturday morning by a pyrotechnic device used during a gender reveal party. That blaze has scorched 10,574 acres and was 16% contained as of Tuesday morning, officials said. 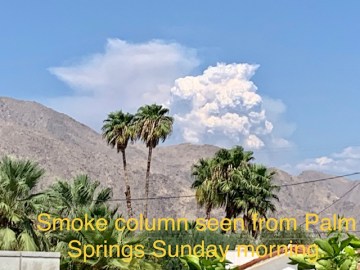 Monday morning, a wind shift brought heavy smoke from the fire into the Coachella Valley.  Light ash was falling from the sky in parts of Palm Springs.

Evacuation orders remain in effect for several communities near Yucaipa.

The initial evacuation order was for the community of Oak Glen including Oak Glen Road through to Wildwood Canyon Rd near El Dorado Ranch Park.

But by 1:00PM Saturday, evacuations expanded to the communities of Mountain Home Village, Forest Falls and eastern Yucaipa.  A temporary evacuation center  is located at the Yucaipa Community Center, 34900 Oak Glen Rd, Yucaipa.

Cal Fire says the fire was reported just after 10:30 AM on Oak Glen Road and by early afternoon had already spread to 400 acres.  Investigators say the fire was started by people at a gender reveal gathering where pyrotechnics  were used.

Cal Fire officials said the blaze was burning through wild land at a moderate to dangerous rate of speed.

The fire was burning was burning on several fronts, from rough terrain to urban areas.  But by sundown, firefighters had kept flames from neighborhoods and it was burning away from urban areas and into wild land.