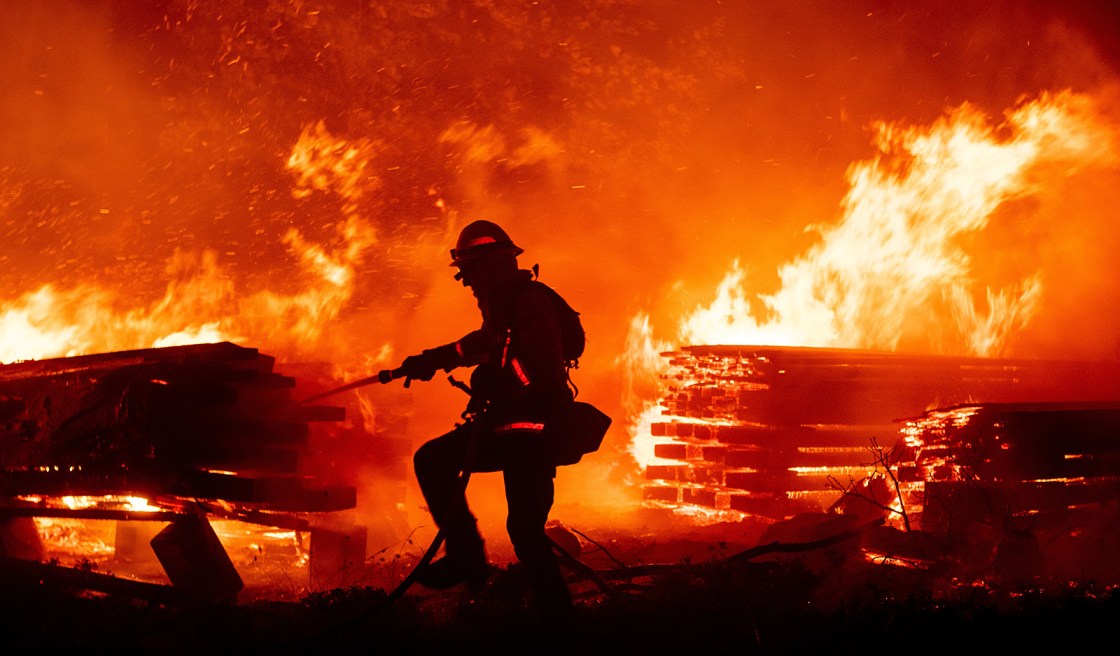 Three helicopters picked up the new evacuees from the Lake Edison and China Peak areas of the forest early Tuesday, the National Guard said.

“We’ve made multiple attempts the past couple of days trying to get to those remote camp sites,” Army National Guard Col. David Hall told NBC’s “Today” show Tuesday. “Weather and the smoke are cooperating with us better, and we’re going to keep working tirelessly … until we get out as many people as we can.”

More than 200 other people were airlifted from the forest to safety over the weekend because of the Creek Fire, which officials said has burned 135,523 acres in the Sierra Nevada Mountains northeast of Fresno. It has no containment since it began Friday night, and its cause is under investigation.

Dozens of people, including hikers and campers, still couldn’t leave the forest by themselves because fire had blocked paths out, Fresno County fire officials said Monday night. People were taking refuge in four locations.

As of Tuesday morning, park visitors waiting to be rescued were not in immediate danger, but they would eventually be at risk if the fire grows, Hall told “Today.”

The Creek Fire has forced evacuations in Madera and Fresno counties. The fire is an “unprecedented disaster” for Fresno County, US Forest Service Supervisor Dean Gould said Monday, adding that while major wildfires have occurred in the area before, this fire is the “most aggressive of any of those.”

The wildfire has caused heavy structural damage, and current conditions prevented damage inspection teams from getting into the areas to survey exactly how many structures have been lost, a Cal Fire official said during the briefing.