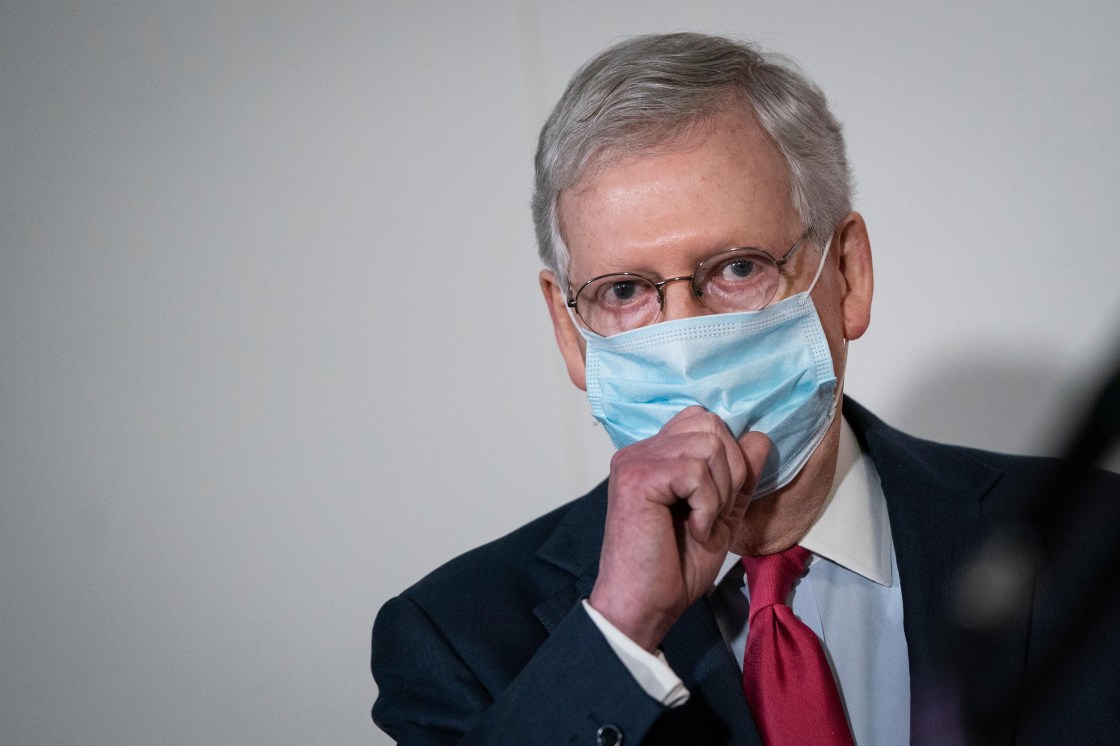 The Senate failed Thursday to advance a Republican proposal to address the health and economic crises caused by the coronavirus pandemic, four months after House Democrats passed their $3 trillion plan. But the narrower Senate bill could help Republican senators in tough reelection races by giving them a rebuttal to Democratic challengers attacking their delayed response.

The vote, 52 to 47, did not meet the 60-vote threshold. All Democrats and Kentucky Republican Sen. Rand Paul voted in opposition to the bill.

Senate Majority Leader Mitch McConnell introduced the bill after negotiations with Democrats stalled over a month ago. McConnell has acknowledged that the bill “does not contain every idea” that Republicans want but asserted on Wednesday that it is much better than “doing nothing.”

“It’s a vote for senators to say whether they want to move forward toward huge amounts of relief for kids, jobs, and health care, or whether they are happier doing nothing,” said McConnell.

The bill would have cost about a tenth of the House’s proposal. It offered $300 per week in federal unemployment insurance through December 27, half of what the Democrats proposed. It also did not include money for a second round of direct stimulus checks to Americans or provide additional funding for states and local governments facing budget shortfalls, shaving hundreds of billions of dollars off the Democratic bill.

Unlike the House bill, the Senate legislation would’ve allowed some small businesses to apply for a second loan under the Paycheck Protection Program and create liability protections to limit lawsuits against businesses, universities, hospitals, and health care workers.

The Senate bill also provided $105 billion in education funds, about two-thirds of which would be reserved for schools that reopen for in-person instruction and would’ve forgiven a $10 billion loan to the US Postal Service, which has been crippled by the pandemic.

“This is not a simplistic argument over big versus small,” said McConnell on Wednesday, noting that Republicans want billions more for schools than Democrats. “These are bipartisan priorities that Democrats left behind and Republicans want to take care of.”

But Democratic senators and several Republicans threatened to vote against the bill, worried that it would spend, respectively, too little or too much. Senate Democratic Leader Chuck Schumer has called the bill “emaciated,” slamming it for leaving out funding for state and local governments, food assistance for children, families evicted from their homes, relief for the travel industry and broadband in rural areas.

Congress has already passed legislation worth over $2 trillion in response to the pandemic, and the economy has gradually improved in the past several months. The unemployment rate, which surged to a record 14.7% in April, fell to 8.4% in August.

But the number of US cases has continued to rise, affecting more than 6.3 million people, according to the latest CNN tally. Nearly 190,000 people in America have died from the virus.

It’s unclear whether Congress will again be able to strike a major compromise addressing the economic and health care crises.

“If past is prologue, once the Republicans see they can’t intimidate us into voting for a wildly insufficient bill, they may come to the table and do what needs to be done,” said Schumer on Wednesday. “We hope that will happen.”