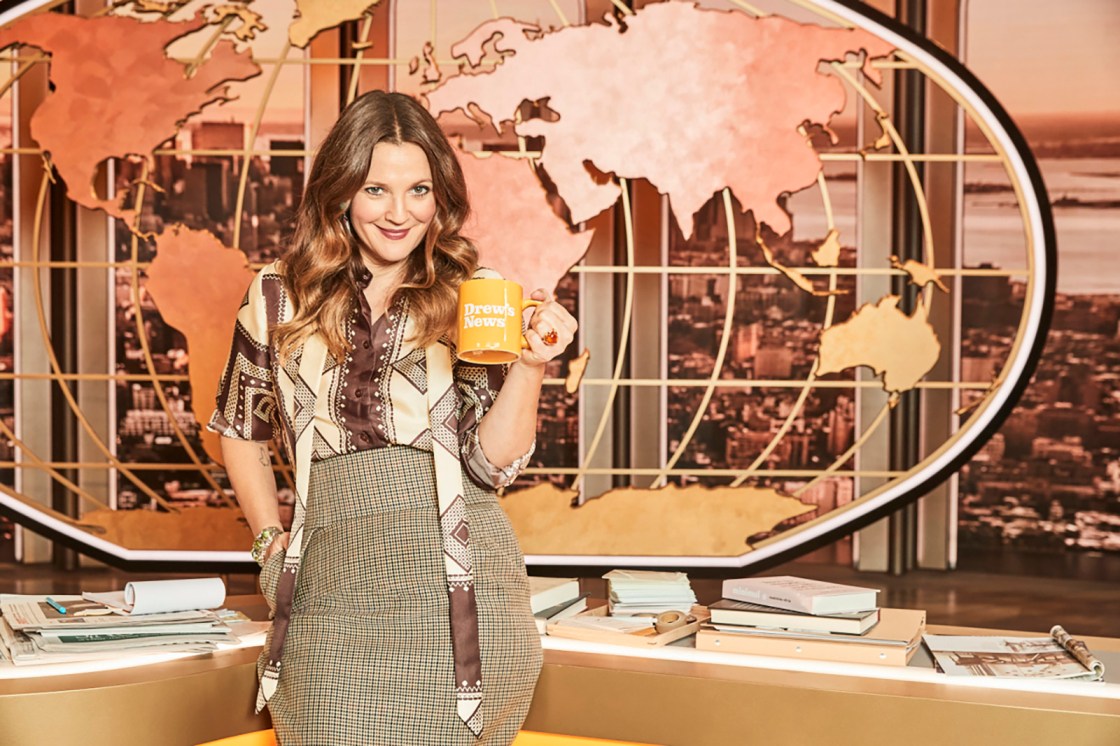 If there’s a silver lining to decades of being tabloid fodder that Drew Barrymore is reveling in as she prepares to launch her own talk show, it’s that she has nothing to hide.

“One thing we want to say on this show is I am who you think I am,” she told reporters last week during a virtual press conference for “The Drew Barrymore Show.” “I struggle, I fail and I think one of the most important things I want to teach my own kids and myself as I grow with them is that change is so important — change in the world, change in yourself. I am a self-examiner and I’ve never pretended to be anyone I’m not.”

Premiere week is finally here!! 🎉 We're kicking things off tomorrow with @CameronDiaz, @LucyLiu & so much more! Who will be watching? pic.twitter.com/v6Q0QCCaPv

In keeping with the daytime tradition, Barrymore’s show will also hit the human interest angle, with segments like”Designed by Drew” and “Drew’s News.”

“I am not one person, I am not one mood, I am not one thing, I am such a mixed bag myself,” she said. “I want a show that represents all of the different things that we are interested in.”

Though her name appears front-and-center in the title, Barrymore is hesitant to take full credit for it. She said she never refers to it has “her” show because she sees it as a collective effort.

“I grew up on sets — that is the family I grew up with and those people become your families. You spend more time with them than you do your own families sometimes,” she said. “I’m never coming in jaded, I’m never coming in inexperienced, I’m coming in as a member of the team, and that’s why I’ll never call this my show. Because I don’t think I deserve to call it my show. That’s belittling of every person that puts their effort, energy and time into making this show.”

In fact, knowing the state of the world, she’s grateful to have a job period.

“It’s crazy, I’ve never felt more humble and grateful in my entire life than I do right now to be alive, to have two kids that are healthy, to be amongst this crew and this team and getting this opportunity,” she said. “I don’t know how I ended up here, but I’ll never lose sight and I never have lost sight of how lucky I am.”

She added: “I’ve lost my job. [Being] blacklisted at 12, I appreciate every job I have. I know what it’s like to lose and work for things and be so lucky and have the opportunities that I have and everything in between.”