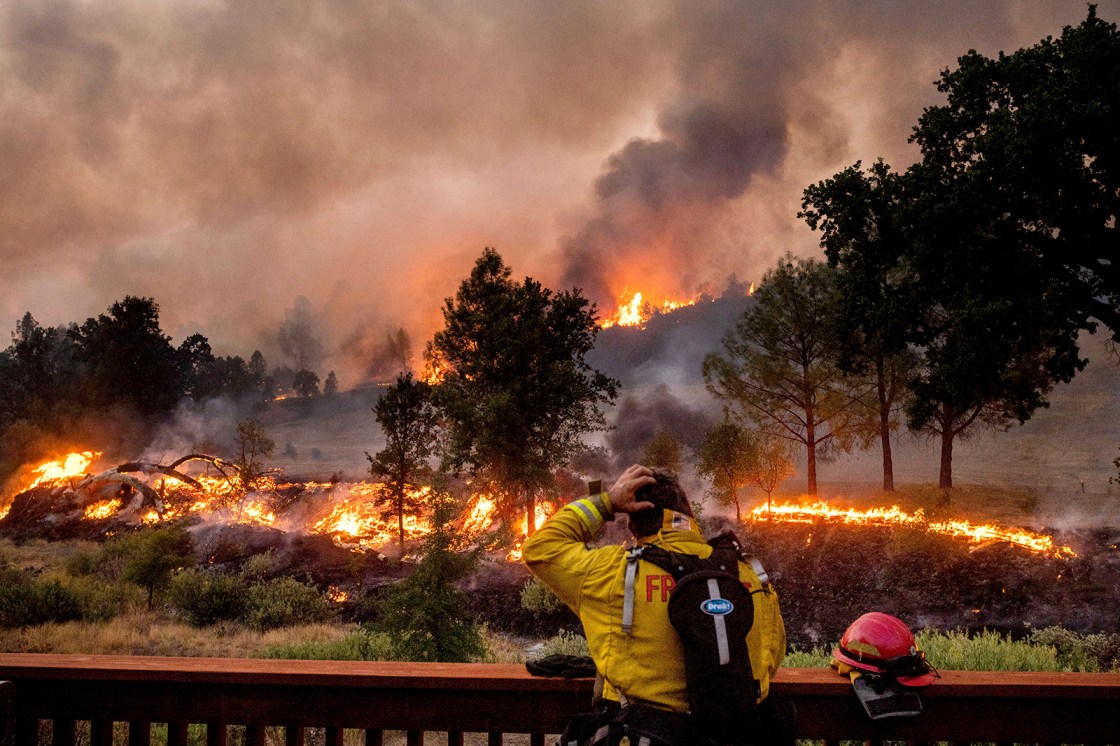 As fires rage across the state, Californians are dealing with loss, uncertainty and firefighters are exhausted.

California is in a state of emergency, that means the California Office of Emergency Services or Cal OES is coordinating the efforts to fight these historic fires. At the helm of the fire and rescue operations of Cal OES is Fire Chief Brian Marshall.

“The challenges that we face are immense we’ve had lightning, we’ve had winds, we’ve had red flag conditions, all of it has created the perfect storm,” says Marshall.

Nearly 17 thousand firefighters are on the front lines of 25 major fires and six of the state’s largest are being fought all at once.

“Our biggest issue that we are faced with is the limited number of resources for the epic, mega fires that we are having,” says Marshall.

So far over 3 million acres have burned at least 25 people have been killed and over a dozen are missing.

“The sheer magnitude is almost overwhelming our firefighters are on the front lines fighting the fire and also searching for those missing,” says Marshall.

And peak firefighting season is still to come.

“The Santa Ana wind conditions that blow through the state of California in the fall, we haven’t even gotten to that period yet, so we could be fighting fire at Christmas.

Marshall says their office has been activated since COVID-19 hit and there’s no end in sight, “Our first responders, they’ve been on the front lines since early this year now they face wildfires that could go into the end of the year and remember all of the areas that are burned are subject to mud and debris flow when we start having our rain or our snow melt so we are faced with these multiple disasters that are occurring in California.”

Marshall says firefighters from across the country, military, Canada and as far as Israel are in California helping the state f