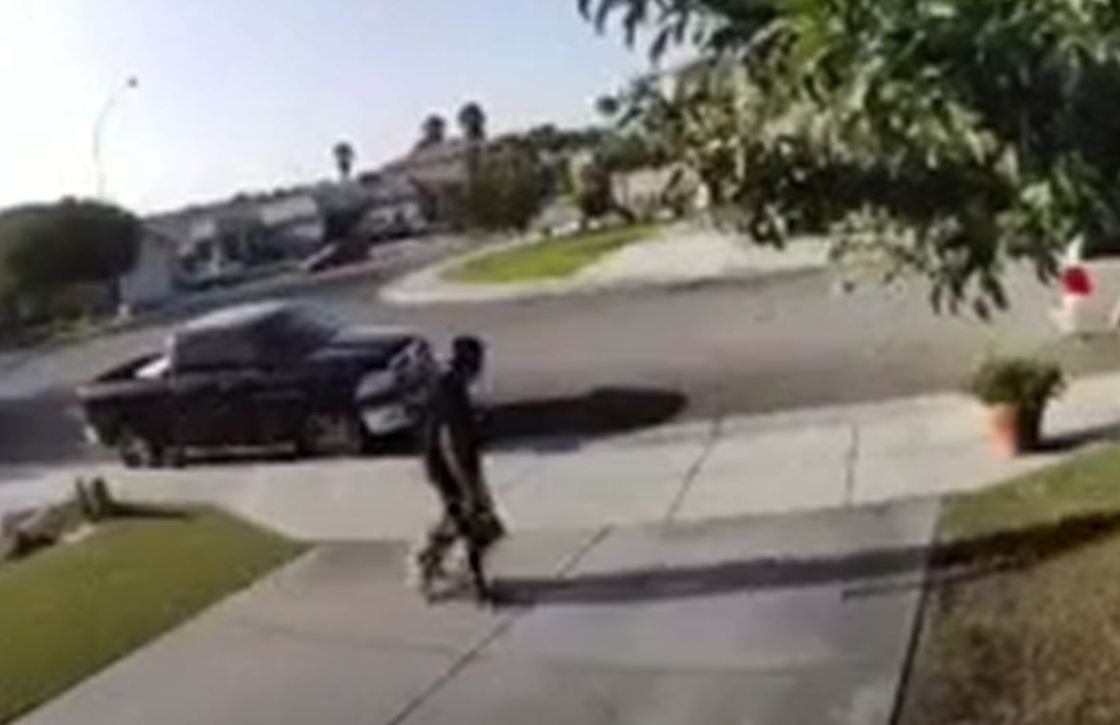 Animal Services officers are investigating an act of apparent animal cruelty that was captured on video by a doorbell surveillance camera.

Footage of the incident shows a man attempting to retrieve a dog near a driveway of a home in the city of Coachella on Los Cabos Avenue.

It’s unknown if the dog is owned by the man who was scurrying after it.

Out of view of the camera, the man catches up with the light-colored dog. After that, he is seen dragging the dog, presumably from a collar around the dog’s neck.

He drags it across a concrete driveway and, once he reaches the sidewalk, he stops briefly and appears to kick the dog and then punches the dog at least twice.

The homeowner with the Ring video provided the footage to Riverside County Animal Services.

At first, the homeowner said she believed that the footage was going to be lighthearted in nature.

Just another pet owner trying to catch their loose dog, she reasoned.

Then the dragging part gave her pause.

“When he starts to punch, you can hear the blows as he is landing them,” said the homeowner “There is a slight delay in the footage and the sound. But you can hear the punches. Those were hard blows. He’s going hard on this poor pup. It was horrific.”

The homeowner and her family are huge animal lovers and, coincidentally, adopted a husky from Riverside County’s Coachella Valley Animal Campus in Thousand Palms in May.

The family named the 2-year-old dog “Remy,” after a character in the Disney film “Ratatouille.” Lt. Luis Rosa of Animal Services said they have already interviewed the homeowners and chased down one lead, but that proved to be fruitless.

Lt. Rosa said the department desperately need the public’s help to find this man and the dog to make sure it did not suffer serious injuries.

Services is working with the Sheriff’s Department to receive tips from the public.

They ask the public to visit the crime tips form link here: https://www.riversidesheriff.org/FormCenter/Crime-6/Crime-Tips-48

“This clearly appears to be a case of inhumane treatment of a pet,” Animal Services Director Julie Bank said. “We hope the public comes forward to providing us helpful information.”

This information is from Riverside County Department of Animal Services