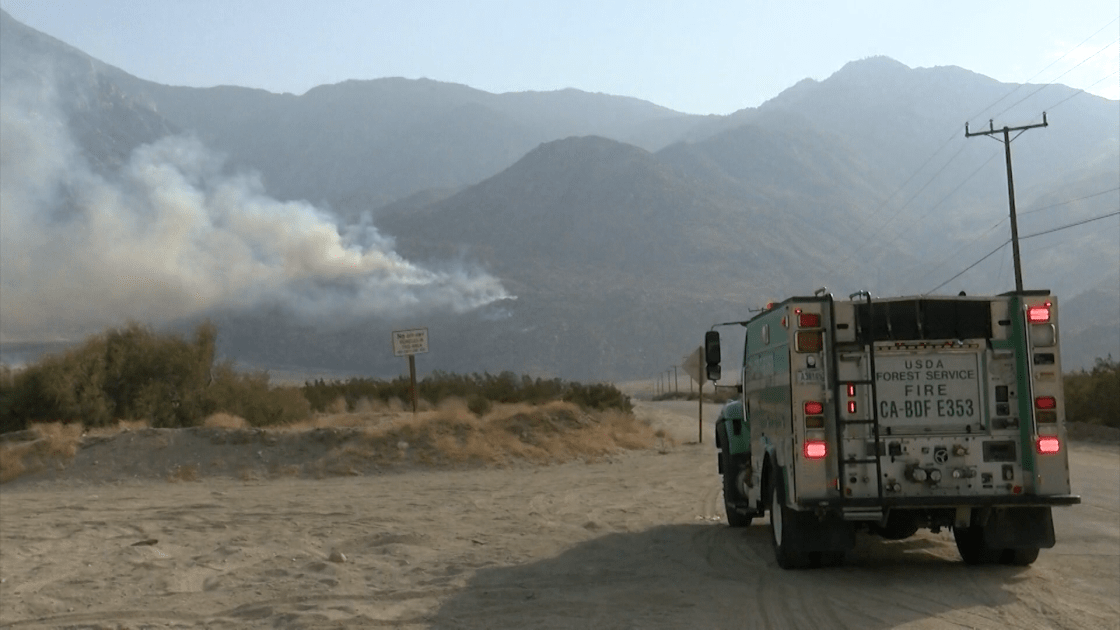 The fire erupted Sept. 17 in the 15000 block of Snow Creek Road, sparked by a vehicle fire, according to the Riverside County Fire Department.

One firefighter suffered injuries during the firefight on Saturday, according to U.S. Forest Service spokeswoman DeLyn Sieliet. The severity of the injuries was not disclosed.

No structural damage has been reported.

Firefighters have been working in high temperatures amid gusty winds and in steep, rugged terrain, the U.S. Forest Service reported.

Over the weekend, the flames were threatening about 450 homes in communities near Snow Creek and Windy Point, but firefighters mitigated the threat to those areas and canceled all evacuation orders Sunday and closed a temporary evacuation point in Cabazon.

After a work truck caught fire north of Snow Creek at about 2:40 p.m. Sept. 17, the fire spread to nearby vegetation and quickly grew to 1,200 acres by that evening.

A total of 232 firefighters remain assigned to the firefight from several agencies, including the U.S. Forest Service and Bureau of Land Management. They were being assisted by one water-dropping helicopter.