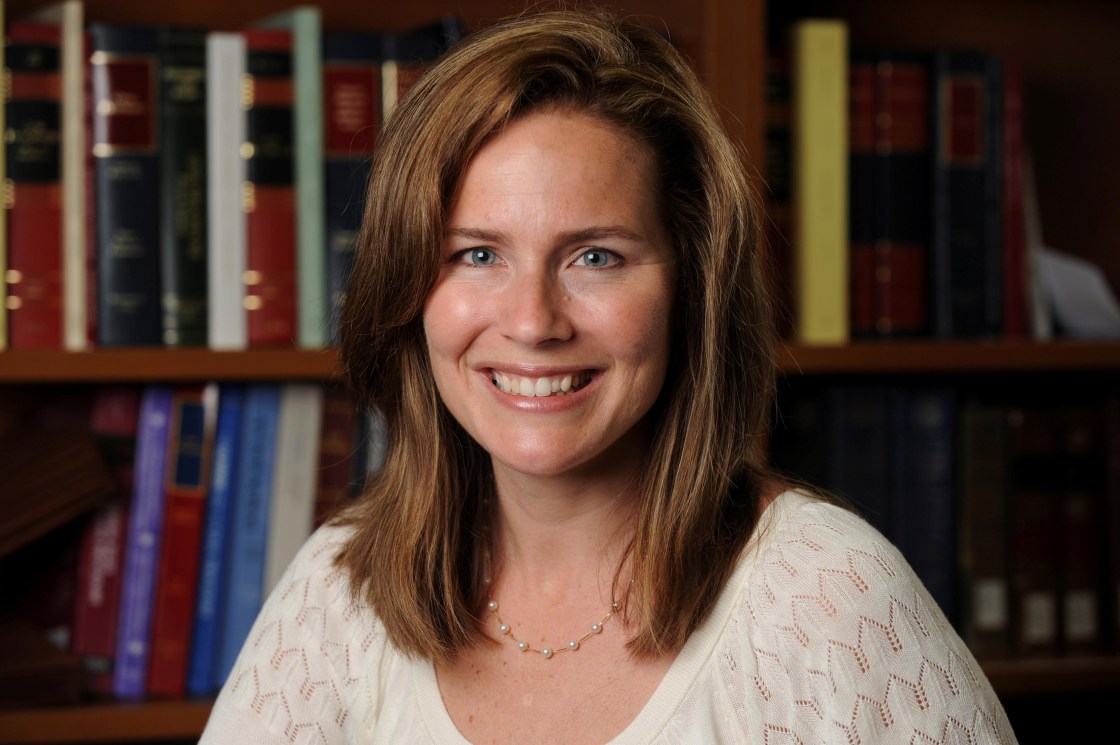 In a rush of statements following Barrett’s Rose Garden introduction, top Democrats put the fate of the law — and its popular protections for patients with pre-existing conditions — front and center. They also made frequent reference to the coronavirus pandemic, and the chaos that could arise from stripping health insurance options from millions of Americans in its midst.

From the Democratic presidential ticket on down, criticism of Barrett repeatedly circled back to what has been a political winner for the party: health care — and the backlash to Republican efforts to dismantle the ACA, former President Barack Obama’s signature policy achievement.

“President Trump has been trying to throw out the Affordable Care Act for four years. Republicans have been trying to end it for a decade. Twice, the U.S. Supreme Court upheld the law as constitutional,” Democratic presidential nominee Joe Biden, Obama’s vice president, said in a statement. “But even now, in the midst of a global health pandemic, the Trump Administration is asking the U.S. Supreme Court to overturn the entire law, including its protections for people with pre-existing conditions.”

Biden made specific reference to some of the lingering tolls of the illness, including scarring of the lungs and heart damage, describing those complications as “the next deniable pre-existing condition.”

Democrats have been weighing a number of options in how they plan to frame their opposition to Barrett’s nomination. Her writings on abortion rights, and the expectation among most liberals and many conservatives that she would side with a decision to undermine or overturn Roe v. Wade, were also cited by a number of Democrats on Saturday and in the run-up the White House ceremony.

Republicans’ decision to move forward with the nomination, in defiance of the logic of their blockade of Obama’s pick, Merrick Garland, in 2016, has been woven into Democrats’ initial argument against Barrett.

Zeroing in on health care

California Sen. Kamala Harris, Biden’s running mate and a member of the Senate Judiciary Committee, which will hold Barrett’s confirmation hearings, made only one passing mention of the nominee in her own statement. “Republicans are desperate to get Judge Barrett confirmed before the Supreme Court takes up this case in November and millions of Americans will suffer for their power play,” she said.

Harris took aim at Trump, too, saying the President had effectively created a “litmus test” for his Supreme Court nominees: “Destroy the Affordable Care Act’s protections for people with preexisting conditions and overturn our right to make our own health care decisions.”

Schumer was the most direct, drawing a straight line between Barrett’s confirmation and the fate of the ACA.

“The American people should make no mistake—a vote by any Senator for Judge Amy Coney Barrett is a vote to strike down the Affordable Care Act and eliminate protections for millions of Americans with pre-existing conditions,” Schumer said.

Murray echoed Schumer in a series of tweets.

“President Trump has told us repeatedly what he wants in a justice: a jurist who above anything else is committed to gutting health care through the courts and ending safe, legal abortion in the United States of America,” Murray tweeted. “Make no mistake, a vote to confirm a Supreme Court nominee who meets President Trump’s tests is a vote to take away people’s health care and vital rights.”

Durbin tied the health care argument to Democratic complaints of Republican hypocrisy over the timing of the process, which GOP leaders hope to wrap before Election Day.

“It is clear why Republicans have reversed their position from 2016 about giving the American people ‘a voice’ in filling an election year vacancy,” Durbin said in a statement. “They want another vote on the Supreme Court for their lawsuit to overturn the Affordable Care Act — eliminating health insurance for millions, ending protections for people with pre-existing conditions, and raising costs for millions more — in the middle of a pandemic.”

The health care-centered argument bridged ideological factions within the party. The campaign of New York Rep. Alexandria Ocasio-Cortez sent an email to supporters with the subject line, “Confirming Amy Coney Barrett will be the end of the Affordable Care Act.”

Sen. Elizabeth Warren of Massachusetts, in a series of tweets, called the nomination “illegitimate” and described GOP efforts to push through her nomination as the capper on a “a decades-long assault on our judiciary by billionaires and giant corporations to tilt the courts for the rich and powerful.”

But Warren, too, returned to health care, writing, “We know Trump will pick a Supreme Court nominee who will deliver the death blow to the Affordable Care Act and rip health care away from millions of people during a deadly pandemic. We know it because he’s already in Court demanding this.”

The two Democratic senators from the crucial swing state of Nevada also highlighted the Affordable Care Act in their reactions to Trump’s announcement.

Sen. Catherine Cortez Masto, chair of the Democratic Senatorial Campaign Committee, said she was “certain,” based on her study of Barrett ahead of her 2017 confirmation to the federal bench, that the nominee “would be the deciding vote that rips away protections for preexisting conditions for over one million Nevadans, and millions of Americans.”

“Not only does Judge Barrett support the President’s plan to dismantle our nation’s health care law and eliminate reproductive freedoms,” said Sen. Jacky Rosen, “but the rush to confirm her nomination clearly violates the precedent that Senate Republicans set just four years ago for filling a Supreme Court vacancy.”

Democrats have been careful, though, not to make mention of Barrett’s faith, worried that their opposition could be used as fodder for Republican claims of anti-Catholic bias. Still, Florida Sen. Marco Rubio — earlier on Saturday — tweeted a video clip suggesting just that.

“Today the assault may be on Catholicism,” Rubio wrote. “But tomorrow, no religion will be safe from the same attacks And then the message will be clear, if you want to serve in public office, especially on the highest court in the land, only those willing to hide or deny their faith need apply.”

In his comments to camera, Rubio referenced the now infamous line of questioning from California Sen. Dianne Feinstein, who said of Barrett at her 2017 hearing, “the dogma lives loudly within you.”

That comment roiled Catholic conservatives and led Republicans to accuse Democrats of imposing “religious tests” on judicial nominees. Democrats, this time out, appear determined to steer clear of the headlines that followed.