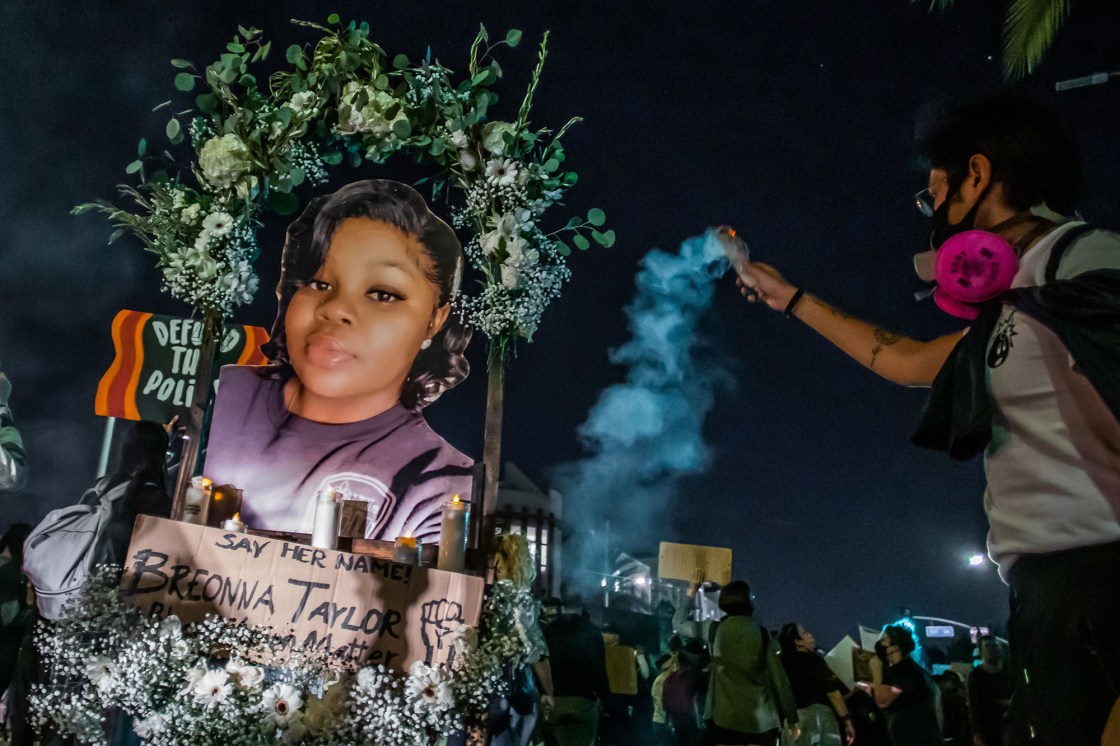 The year 2020 has brought more attention to the police body camera industry in the aftermath of George Floyd and Breonna Taylor’s killings at the hands of police in Minneapolis and Louisville.

Both cities had previously purchased body cams for their officers from Axon, the nation’s largest provider of law enforcement body-worn cameras, according to industry analysts. But Louisville Mayor Greg Fischer said Taylor’s killing in March wasn’t captured on video because the officers at the scene didn’t turn on their body cameras.

Such a scenario would be impossible given the latest technology in body-cam videos. The Axon Body 3, which went on sale in September 2019, automatically activates when officers draw their firearms or Tasers, according to Sidney Siegmeth, vice president of communications for Axon. It can also also live stream footage for police supervisors to review and react to in real time, he said.

“A supervisor knows if a Taser or a gun is drawn and will get an automatic alert and can look through that live stream,” Siegmeth told CNN Business. “It provides you with a map so you can see where your officers are.”

To date, Axon confirmed, that it has contracts with 49 of 79 major cities in North America, including some in Canada and Mexico. Competitors Motorola, Panasonic, Samsung, L3, Getac and China’s Shenzhen combined have less US market share than Axon, according to industry analyst Scott Berg, managing director at the financial firm Needham & Company.

Both Floyd and Taylor’s deaths, the company says, have compelled it to improve the way it does business.

Four years ago, Axon says its biggest challenge was convincing wary police departments and unions that wearing body cams would help them do their jobs better. Since then, police body cams have become a vital tool for departments across the country, but have also been as well as the subject of controversy when police withhold body cam footage or neglect to turn their cameras on in high-profile cases.

In July, Axon hired Regina Holloway, a former defense attorney with a background in police-community relations, to serve as its vice president of community impact, a new position. Holloway joined Axon from NYU’s Policing Project, whose aim is to bring more accountability to policing and seek community input.

Since then, Holloway said she and Axon CEO Rick Smith have been hosting virtual meetings with community leaders in New York, Chicago, Philadelphia and Los Angeles to discuss ways their company can improve police transparency and accountability.

The meetings are part of a planned nationwide campaign for the company. for Axon. Since Floyd’s death, Siegmeth said Smith has also have participated in more than 100 roundtable discussions with community and law enforcement groups to find out how the company’s technology can best serve their needs.

Recommendations stemming from these discussions, Axon says, will be unveiled in late October, Axon said

Body cameras may be are commonly used by police in most major US cities today, but the industry still has potential for major growth, according to Berg, the industry analyst. The police body cam industry was valued at $443 million in 2018 and is expected to reach $1.5 billion by 2025, according to the Market Research Future analyst firm.

“It’s not about the community bending to the will of police,” Holloway told CNN Business. “It’s about us being partners in public safety. We’re trying to bring this collective equal footing to policing.”