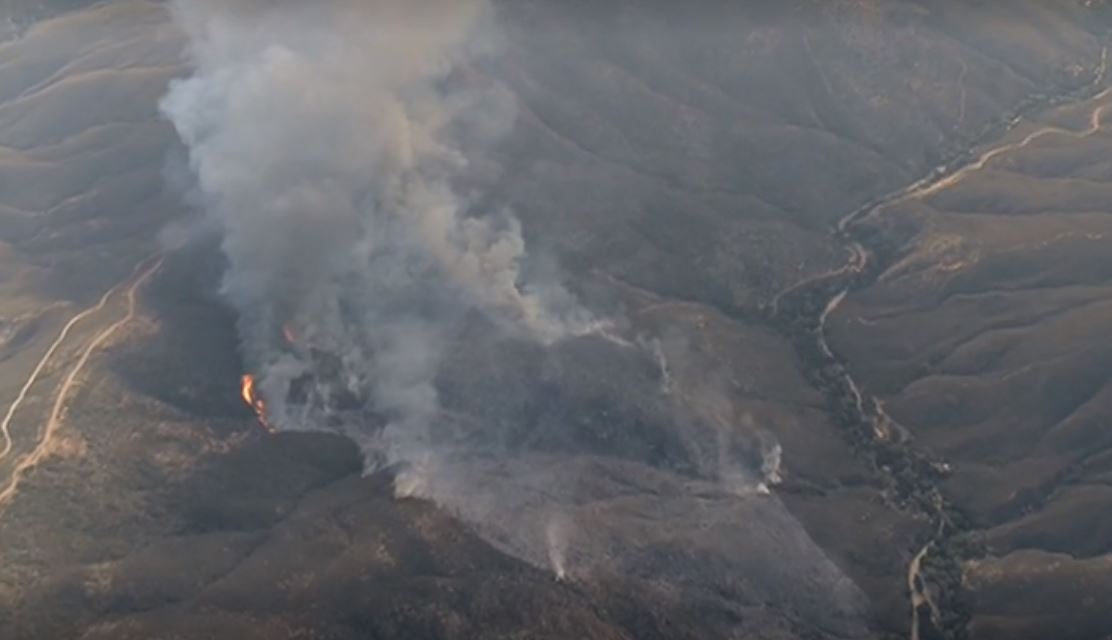 CASTAIC CANYONS (CNS) – A brush fire blackened 200 acres in about 30 minutes Monday afternoon and quickly threatened about a dozen structures in the Castaic Canyons area near Santa Clarita.

The Martindale Fire broke out at 3 p.m. in the 34700 block of Bouquet Canyon Road, about two miles southwest of the Bouquet Reservoir, and fire crews arrived at 3:09 p.m., according to Franklin Lopez of the Los Angeles County Fire Department.

About 10-12 structures were threatened by 3:25 p.m., the fire department reported.

Los Angeles County was under a red flag warning for extreme fire danger at the time the blaze broke out due to high temperatures, low humidity and moderate Santa Ana winds. The warning was scheduled to expire at 5 p.m.

The Angeles National Forest tweeted at 3:36 p.m. that it was responding to a “reported 200+ acre fire, NE of Santa Clarita, moving South with rapid rate of spread in medium brush. Gusty winds. ANF has a 2nd Alarm activated, with air tankers and additional resources on the way.”

Wind gusts were about 15 mph at 3:35 p.m., according to the National Weather Service, which reported humidity at 8-9% in the area.

The Angeles National Forest reported “rapid growth” in the south- southeast, where the flames were being pushed by winds into thick brush.

.@LAFD has assigned #helicopter 'Fire 3' in Automatic Aid to #LACoFD in battling the #MartindaleFire #wildfire near Bouquet Reservoir north of #SantaClarita ~15 miles N of @LACity.

The fire represents no current hazard to the City of #LosAngeles.