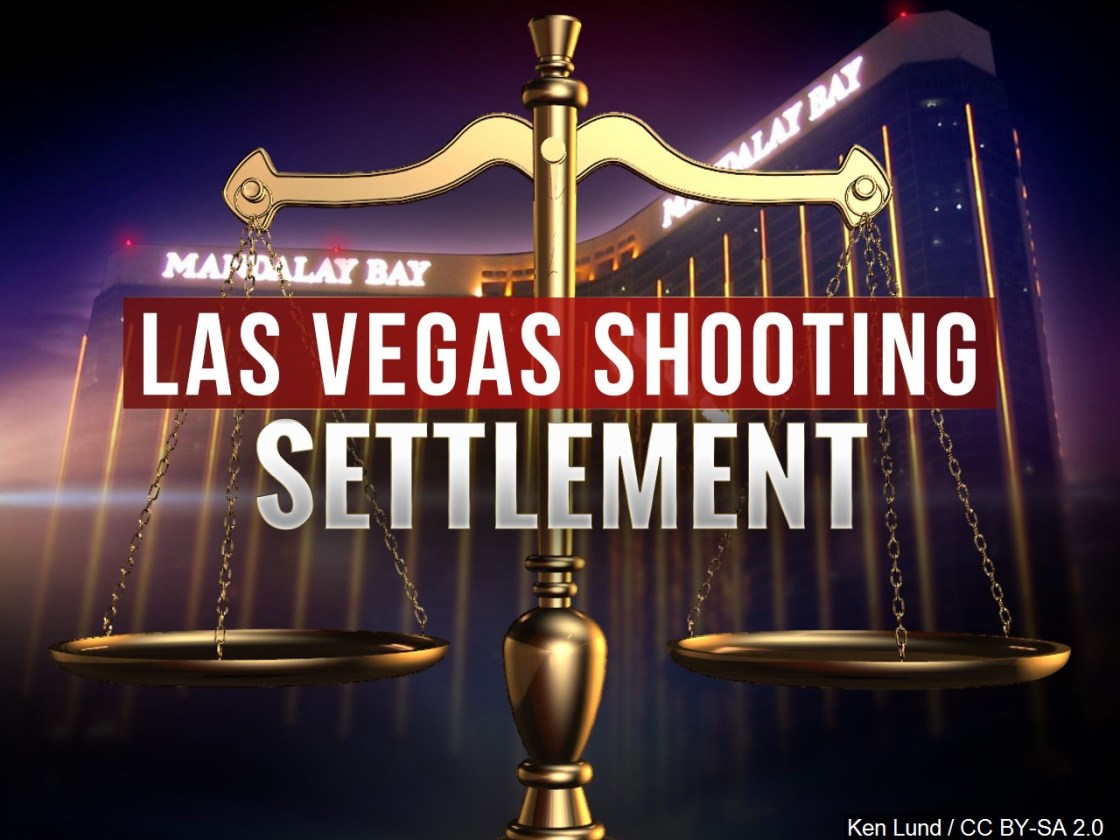 NEWPORT BEACH (CNS) – A personal trainer from Huntington Beach who was injured fleeing the Las Vegas mass killing at a country music festival three years ago said he got goosebumps when he learned of Wednesday’s $800 million settlement in a lawsuit against MGM Resorts.

“I had shivers up and down my arms,” said Frank Arbizu, one of the plaintiffs in the lawsuit that was settled on the eve of the third anniversary of the shooting that killed 60 and injured 411.

The settlement provides a range of awards for 4,069 victims with almost half of them hailing from Southern California, said Newport Beach-based attorney Dan Robinson, whose firm represented about one-third of the plaintiffs.

The company’s insurance will cover $751 million and MGM will pay $49 million, Robinson said.

“It’s the largest settlement of its kind that we’re aware of,” Robinson said. “I don’t know of any other that provided its level of compensation and benefits to so many people. I’m so happy that on this third anniversary these victims will be able to get some measure of compensation and closure.”

At a minimum, plaintiffs claiming just psychological trauma without providing any proof of treatment will receive $5,000, Robinson said. The families of those who were killed or left paralyzed will realize awards in “seven figures,” Robinson said.

Arbizu hurt his leg while fleeing the Oct. 1, 2017, shooting at the Route 91 Harvest Musical Festival in Las Vegas.

“I was speechless,” he said when he got news of the settlement. “It wasn’t what I was expecting, but to have it come so swiftly definitely is a joyful moment.”

Arbizu said attending live concerts is a passionate hobby, so after the massacre he was eager to try to get back to seeing live music two months later.

“I did go to a concert, in December” of 2017, Arbizu said. “It was a really large crowd, really crammed. I started hyperventilating and I had to remove myself from the crowd and watch it outside the crowd, but that slowly started to fade away, but knowing what I know now I don’t have any desire to go into a crowded area anymore.”

Arbizu said he went to see Jason Aldean, who was on stage when Stephen Paddock opened fire on the crowd from the nearby Mandalay Bay Hotel, on the one-year anniversary.

“It was quite an event with people wearing Route 91 T-shirts, we were hugging each other and crying, and I think that’s what that music brings out in people,” Arbizu said.

“Live music is one of my biggest hobbies. Nothing is going to be taking that away from me. I wasn’t going to allow that to happen.”

Arbizu said he was at the rear of the concert when the shooting started.

“I saw the people running at me,” Arbizu said. “I was fortunate to know which direction to run. Then I started hearing the gunshots and bullets and the ricochets overhead and off the ground.

“When I turned to run I followed the crowd out. My injury came from falling down some stairs. I hyper-extended my leg and tore my meniscus, so before that I was able to help some people through a fence and out of the concert venue and found my way back to my hotel where I waited.”

Arbizu said he “didn’t even really notice” the injury until the following day when his knee became so swollen he couldn’t walk.

“The adrenalin had me flowing and I got out of there quickly,” he said.

Arbizu said he was mostly concerned through the lawsuit that those more seriously injured were compensated. He did not know anyone who died in the shooting, but many other friends there were injured, he said.

“We had a friend shot in the back who was in the hospital for many, many months,” he said. “It’s good to see people finally getting what they deserve for such a horrible event.”