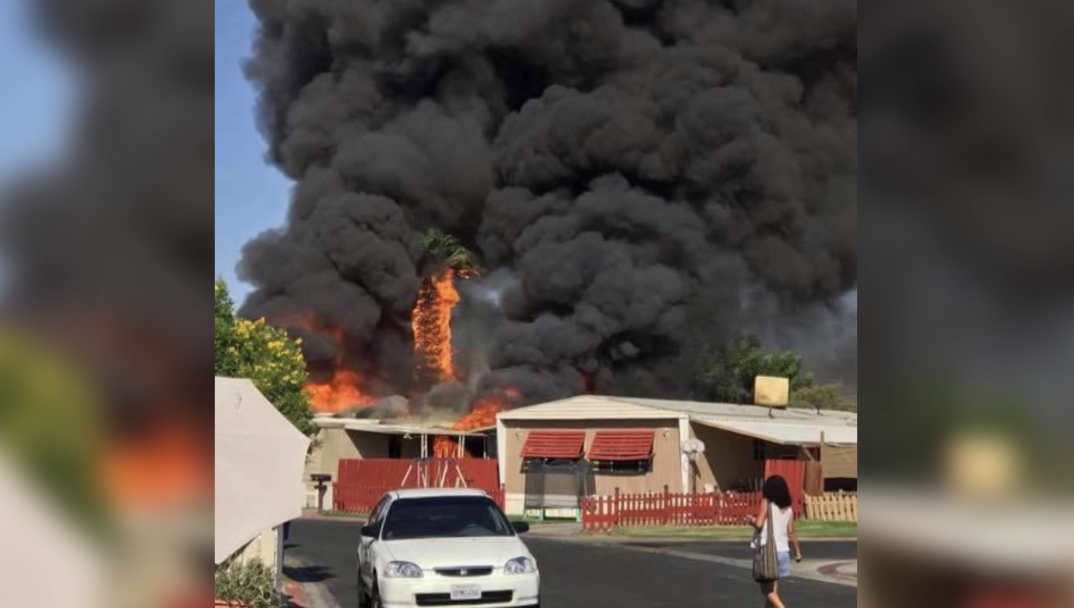 It started with flame and then the scream for help. That is what Inesa Bautista said she heard coming from her younger brother after their home at Pueblo el Sol mobile home park in Indio burst into flames. It then quickly spread to two other mobile homes, burning all three.

“I don’t think i would be able to live with myself if i left one of them in there,” said inesa bautista.

Bautista suffered second degree burns on her feet after saving her younger brothers  who are 11 and five. Their parents were currently working and they were the only ones in the house.

Bautista, sitting in a wheelchair says they’re all lucky to be alive.

“I thought the fire was going to catch us,” said Bautista

Her mother, Imelda Hedar also said “she opened the window and through herself out with her brothers so she could save their life.”

The family says they don’t know what exactly started it and the Riverside County Fire Department is still investigating.

“There’s a lot of work to do, we gotta go through the rubble. and look through what the origin of the fire might have been, but we had a very intense fire,” said Captain Fernando Herrera, who is the public information officer for the fire department in the county.

With no insurance and barely any income, the Bautista family lost everything they own in minutes.

“God saved my kids’ life, they have life, that’s the important thing. I don’t care about the material thing, I can start over,” said Hedar.

For now they’re living at their grandma’s house in the same mobile home park, hoping to recover what was lost. They have also started a GoFundMe account.