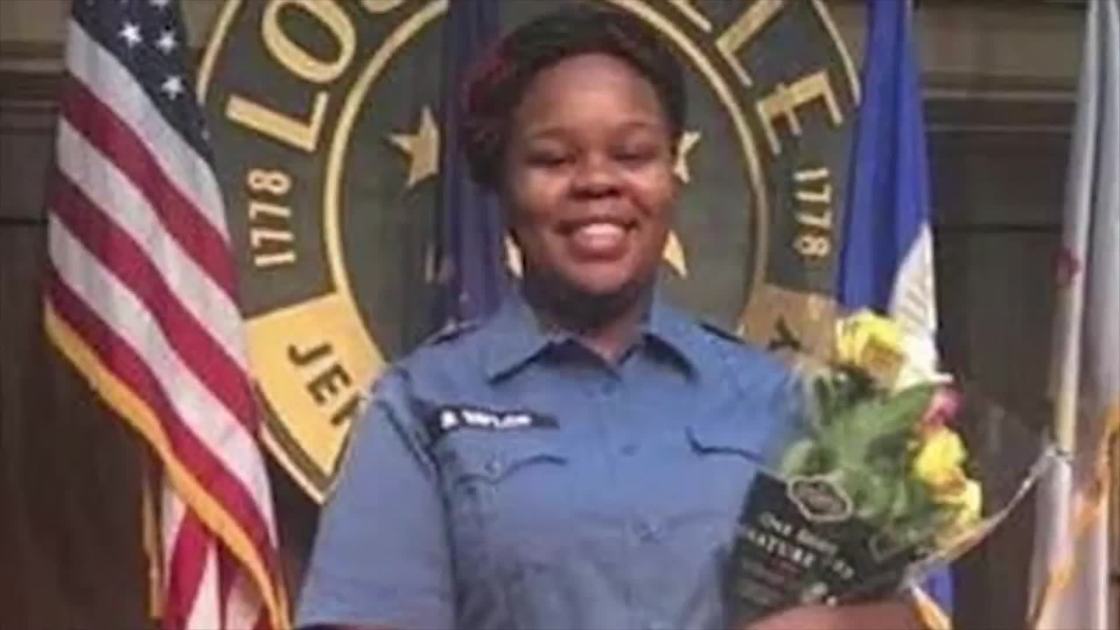 (CNN) — The officers involved in the botched raid in which Breonna Taylor was killed announced themselves as police multiple times before forcing their way into her apartment, according to recordings of grand jury testimony released Friday.

The unusual, court-ordered disclosure provides what Attorney General Daniel Cameron called “a complete picture of the events” surrounding her death.

“Banged on the door — no response. Banged on it again — no response. At that point we started announcing ourselves,” one of the officers, Sgt. Jonathan Mattingly, said in a March interview that was played before the grand jury. He said officers banged “six or seven” times before breaking into the apartment, where Taylor was with her boyfriend.

“We did announce the first couple of times because our intent was not to hit the door. Our intent was to give her plenty of time to come to get to the door,” Mattingly said in an interview with another police sergeant.

Cameron has said the officers were justified in opening fire after Taylor’s boyfriend unleashed the first shot, wounding Mattingly. The boyfriend and his lawyer have said he didn’t know the intruders were police.

Mattingly said he saw a man and woman inside, about 20 feet away. The male was “in a stretched-out position with his hand on a gun, and as soon as I clear (the doorway), he fires a gun,” the sergeant said.

“As soon as the shot hit, I could feel the heat in my leg, so I returned fire.”

In one recoding Lt. Shawn Hoover told investigators in March that the raid involved a “no-knock warrant” but “we didn’t execute it that way.” He also said officers knocked multiple times before breaking down the door.

“We knocked on the door, said ‘police,’ waited I don’t know 10, 15 seconds. Knocked again, said police, waited even longer,” Hoover said in the interview the day Taylor was shot.

“So, it was the third time that we were approaching, it had been like 45 seconds if not a minute and then I said, `Let’s go. Let’s breach it.'”

The lieutenant told investigators that he heard gunshots as soon as Mattingly leaned into the dark apartment.

Hoover said Mattingly returned fire before colleagues dragged the wounded officer, bleeding heavily from his thigh, out to a parking lot and used a belt as a tourniquet.

Cameron, who has come under fire for his role as special prosecutor on the case, complied with a court order to release material by Friday. He had been given two days to redact personal information from the recordings before the unusual disclosure of proceedings typically kept secret.

“I’m confident that once the public listens to the recordings, they will see that our team presented a thorough case to the Jefferson County Grand Jury,” Cameron said in a statement Friday.

“Our presentation followed the facts and the evidence, mand the Grand Jury was given a complete picture of the events surrounding Ms. Taylor’s death on March 13th,” he added. “While it is unusual for a court to require the release of the recordings from Grand Jury proceedings, we complied with the order, rather than challenging it, so that the full truth can be heard.”

About 3 minutes and 50 seconds of audio that included social security numbers, addresses, phone numbers, and names of minors were redacted, Cameron said. The court also received an un-redacted copy under seal.

“The audio recordings contain the entire presentation of evidence,” Cameron’s statement said. “As is customary in the recording of Grand Jury proceedings, juror deliberations and prosecutor recommendations and statements were not recorded, as they are not evidence.”

The state court judge had given him until noon Friday to release the recordings, which could answer numerous questions that have arisen after a grand jury decided to not indict any officers in Taylor’s death.

Taylor, a 26-year-old EMT and aspiring nurse, was fatally shot in her Louisville apartment in March by officers executing a drug warrant. The killing led to months of unrest in Louisville and beyond as a reckoning with racial injustice sweeps the country.

Kentucky Gov. Andy Beshear on Thursday said Cameron has provided “contradictory statements between the announcement of the grand jury decision and interviews that have been done” over the evidence presented to the panel.

Cameron has defended his role as special prosecutor, saying that the grand jury could have considered other charges against the officers on its own.

Kevin Glogower, an attorney representing an anonymous grand juror who suggested Cameron has publicly misrepresented the case, said the attorney general’s admission that prosecutors’ recommendations and statements were not recorded is important.

“It is our belief that the full truth includes not only their recommendations but also what evidence was not presented, what Grand Juror questions were left unanswered, and what charges were the jurors given the option to consider,” he said in a statement. “Some of those answers may be more apparent after listening but many will remain in the dark.”

No officers indicted on charges related to Taylor’s death

The grand jury did not indict any of the three officers involved in the botched narcotics raid on charges connected with her death. One officer faces charges for firing into an adjacent occupied apartment.

The killing set off outrage across the country and calls to arrest the officers. Her story gained wider attention during nationwide demonstrations that followed the late May killing of George Floyd at the hands of Minneapolis police. Protesters took to the streets again after no one was charged in her death.

The grand jury audio was released as part of the case against former Detective Brett Hankison, who was charged with three counts of wanton endangerment in the first degree for allegedly firing blindly into Taylor’s apartment. He has pleaded not guilty.

Two other officers — Detective Myles Cosgrove and Mattingly — were not charged in connection with the March 13 shooting death.

Cameron said Cosgrove fired the fatal shot — which he said was justified because Taylor’s boyfriend fired at officers first.

“The grand jury’s decision to not indict Sgt. Mattingly or Det. Cosgrove shows that the system worked and that grand jurors recognized and respected the facts of the case,” Mattingly’s attorney Kent J. Wicker said in a statement last week. “The death of Breonna Taylor is a tragedy. But these officers did not act in a reckless or unprofessional manner. They did their duty, performed their roles as law enforcement officers and, above all, did not break the law.”

A spokesman for Wicker said Friday the attorney had no comment on the recordings.

Stewart Matthews, an attorney for Hankison, told CNN on Friday that he hasn’t received copies of the grand jury recordings but hasn’t seen any “surprises” on news reports.

The grand juror this week requested in court that all recordings, transcripts, and reports of the panel relating to the police-involved shooting case be released to the public.

Glogower accused Cameron of “damage control.” Glogower said it’s important for the public to know what charging options were presented to the grand jury and whether charges were recommended in connection with Taylor’s killing.

The attorney general, the first Black person to hold the post and a rising Republican star, initially refused to release grand jury transcripts or recordings despite growing public calls to do so by the Louisville mayor, the Kentucky governor, and Taylor’s family’s attorneys.

The city of Louisville announced on Sept. 15 a $12 million settlement of the family’s wrongful death lawsuit. The city also agreed to enact police reforms which include using social workers to provide support on certain police runs and requiring commanders to review and approve search warrants before seeking judicial approval.