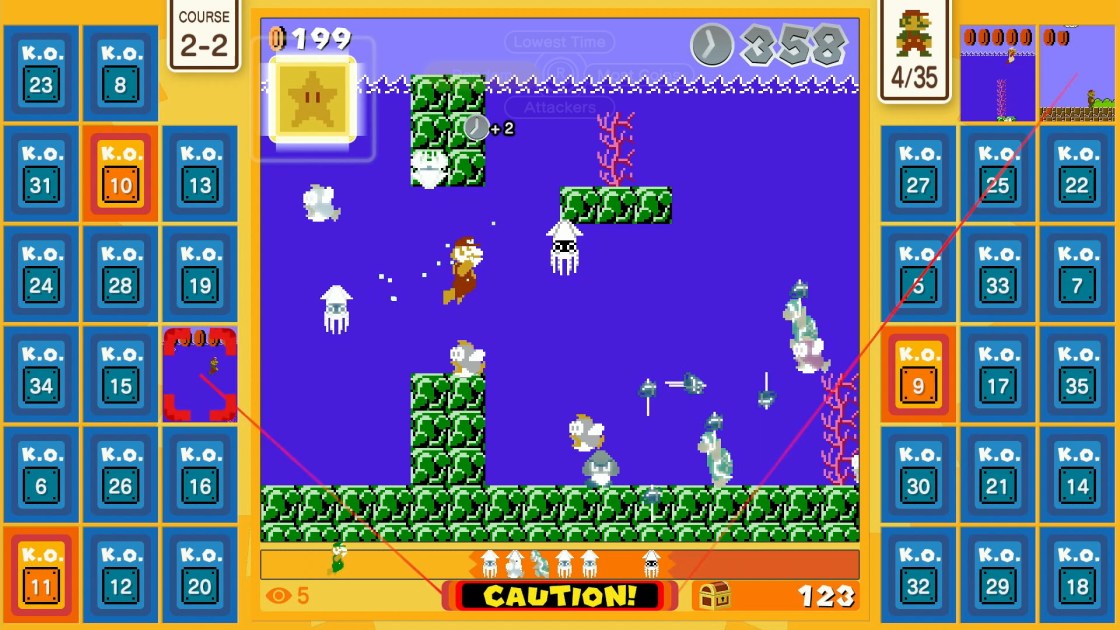 The new Nintendo Switch title is only available from October 1 until March 31 as a free download for Nintendo Online subscribers. After that point, it will no longer be playable.

Hearkening back to the original “Super Mario Bros.,” this new “35” reboot takes you back into Mario’s world in 1985 — with a twist. You’ll still jump, collect coins and avoid enemies. But this time, you’ll play against 34 other Marios and aim to be the last mustached plumber standing — or the one with the most time remaining when others have timed out.

With “Super Mario Bros. 35,” Nintendo has combined the nostalgia of Mario with the modern online multiplayer battle experience. It’s clearly aimed at a new generation of fans and follows a trend that has been accelerated by the smashing success of Fortnite.

CNN Business played a few rounds of “Super Mario Bros. 35.” When you perform well and step on enemies, that sends the enemies over to your opponents’ courses and earns you extra time on your clock. At the beginning, opponents drop like flies. But the top few players in a game tend to play on at length, until all but one falls perhaps by dropping into lava or a piranha plant.

The limited-time-only approach could potentially drive consumer interest in Nintendo Online subscriptions, which cost $4 for a single month and $20 for 12 months, because, as Wedbush Securities analyst Michael Pachter notes, scarcity drives interest. Even though the game is free with a subscription, it’s part of a massively successful franchise and a nostalgic draw for even the most casual of gamers.

This isn’t the first time Nintendo has made a battle royale. In 2019 it launched a reimagined “Tetris 99” as a competitive online experience in which the last player standing wins. Similar to “Super Mario Bros. 35,” players can attack others in by sending them the pieces they don’t want.