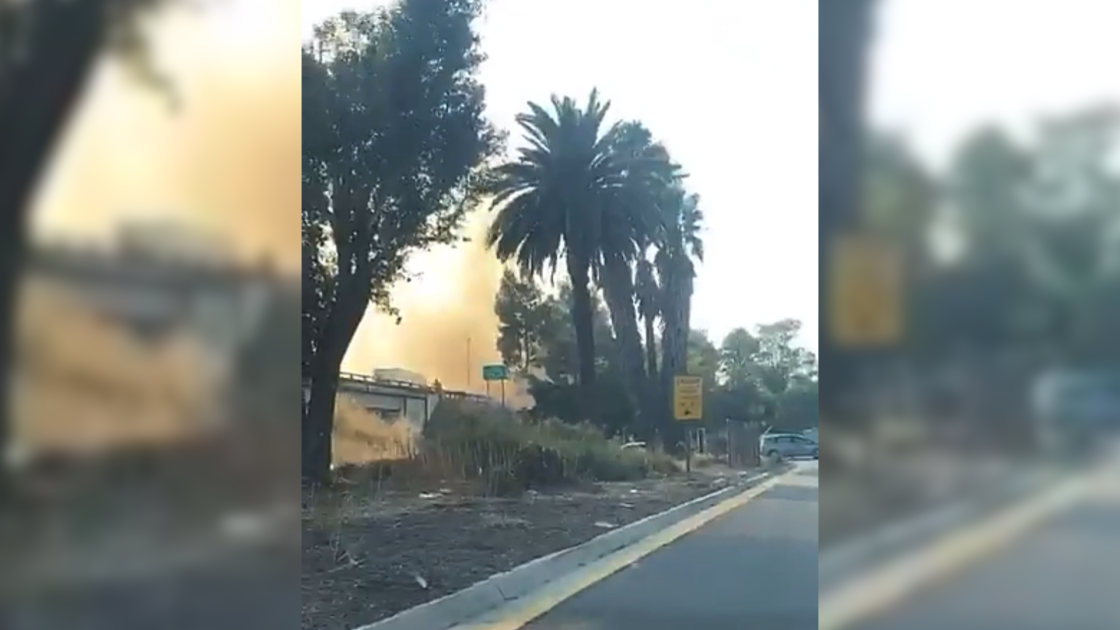 The cluster of fires was reported about 3:50 p.m. adjacent to the Pioneer Mobile Home Village at the intersection of East Sixth Street and Pennsylvania Avenue, less than a quarter mile north of I-10, according to the Riverside County Fire Department.

Multiple engine crews from the county, Morongo Reservation and Calimesa Fire Department were sent to the location and encountered the flames burning a palm tree next to the freeway and in the vicinity of two mobile homes.

Because of the heavy smoke and flames in close proximity to the westbound slow lane on I-10, California Highway Patrol officers shut down the lane, as well as the Pennsylvania Avenue exit ramp.

A Cal Fire water-dropping helicopter was called in to make runs on the fires, one of which crossed under the freeway to the southbound side, near railroad tracks.

There was no word on how the fires started.