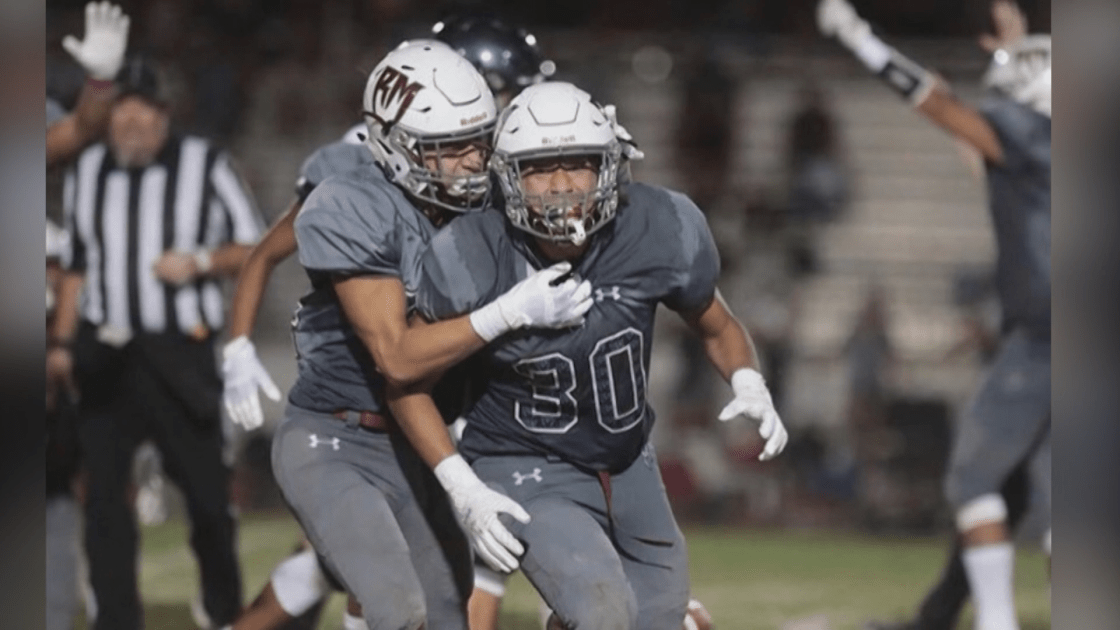 Israel Ramirez better known as “Izzy and number 30 out on the field was a rising high school football star.

Head football coach L.D. Matthews with the Rancho Mirage High School Rattlers says he had incredible talent, “He was an outside backer, defensive end and the ability to rush the pass the quarterback was really unbelievable … the sky was the limit.”

But Izzy had a rare medical condition and didn’t know it.

On September 27, 2019 he knew something was wrong, “Coming out of my sixth period class with my teammates and I had a big migraine and I got to the back to the school it started becoming a sharp pain in the right side of my head, I’m like, ‘Wow this hurts so much’,” says Izzy.

He says a teammate and his teammate’s dad took him to a fire station, “From there on I blacked out and all I remember is waking up in the hospital.”

His diagnosis: brain arteriovenous malformation, or brain AVM, a tangle of blood vessels in the brain. They are thought to develop before birth and less than one percent of people have them and only  half of them who do ever have symptoms, his ruptured.

“For someone who’s had a ruptured brain AVM the morbidity and the mortality is quite high,” says Alastra.

Word that Izzy was fighting for his life spread quickly in the Coachella Valley. Soon the rallying cry #30 Strong was everywhere. Even rival teams sent love his way.

The next game, was played in his honor and Izzy’s brother James Stallworth took the field with wearing Izzy’s jersey. The rattlers dedicated the season to him.

Coach Matthews says Izzy’s story brought the community together, “A young man who I think was number 2 in the nation leading in sacks and have projected to get recruited and go to college to all of a sudden fighting for your life … his fight was everybody’s fight.”

We visited him in the hospital after his fifths surgery, Izzy was still fighting.

“Beyond me, I can’t believe I made it through … I thank God everyday I’m alive,” said Izzy from his hospital bed.

Dr. Alastra was blown away too, “There’s miracles for sure …  that we were able to get him stabilized and then remove the AVM with no significant deficits is just a testament for his ability to get through this,” he said.

Izzy now looks back at what doctors told his family and friends could happen, it changed as he defied the odds.

But he says the doctors didn’t give up on him, “I certainly wouldn’t be here without them and I certainly thank God for them everyday.”

Izzy says his life has never been easy, “My father left my life when I was 11-years-old.”

And the challenges seem to keep coming his way, donations raised in a GoFundMe account got returned over a technical error,  he’s struggling with going to school online during a pandemic and on September 29, 2020, Izzy lost his brother James, one of his biggest supporters.

“School’s pretty hard for me right now, I have friends coming in and out of my life, I have family who came into my life and family who left my life,” he says.

But he says his coaches and teammates have stuck with him, “I love you guys all you guys are all my family and I thank you guys for being for me everyday.”

He misses football, a lot.

He’s not sure if he’ll able to play  but he says his coaches are giving him a special role on the team, “It felt great because at least I‘m going to still be on that field somewhere with my teammates and helping and teaching them what I knew and showing them how to be better than me.”

“There’s no doubt in my mind he’s a fighter, he’s proved that to his teammates, the school, the valley and really I think anything that he puts his mind to, he’ll be able to accomplish,” says Coach Matthews.

Now he calls his journey beautiful, “What’s beautiful is that I see a new meaning to life, I see that should help people and share my story with people so they have hope in their life and realize that they could do anything they want in this world, no matter what comes their way they can do it.”

Izzy says he’s now he wants to go to college and is thinking of a different field, the medical field and be a part of a team that saves lives.

We are all rooting for you Izzy. We’re all #30 Strong.