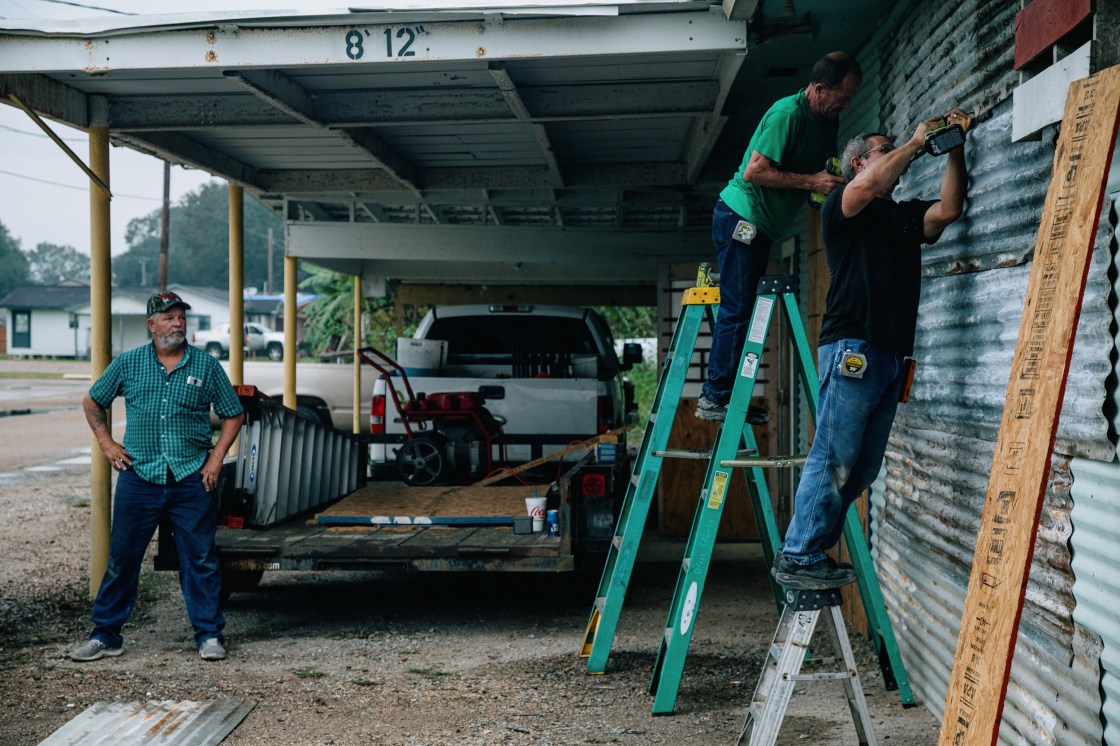 As Hurricane Delta made landfall Friday close to where the center of deadly Hurricane Laura came ashore less than two months ago, people in Louisiana and Texas were bracing for powerful winds and a life-threatening storm surge.

“(Weather) conditions continue to deteriorate along the southwestern coast of Louisiana and the Upper Texas coast as the center of #Delta approaches,” according to the National Hurricane Center.

CNN meteorologist Tom Sater said the center of Delta would make landfall a little more than 10 miles from where Laura slammed into the coast in August. While Delta is not as powerful, it does have a broader wind field, he said.

Delta, a Category 2 storm with sustained winds of 100 mph, is causing waters to rise along the Louisiana coast.

Water that high is considered major flooding, according to the agency.

About 5.5 million people are under flash flood watches from Louisiana through southwest Tennessee.

In Louisiana, rainfall could exceed flash flood levels across most of the state, the National Weather Service said. Rain totals could reach 5 to 10 inches in most places, forecasters predicted. A few areas could see as much as 15 inches of rain.

The storm lost some strength as the outer bands swept in over land.

“The fact that it’s weakening should not cause anyone to lose focus, or to lose vigilance,” Louisiana Gov. John Bel Edwards said at a news conference. “Because this is still a very strong problem. It is going to bring significant impacts to the state of Louisiana.”

The hurricane center warned of a dangerous storm surge coupled with tide levels.

“Normally dry areas near the coast to be flooded by rising waters moving inland from the shoreline,” the agency said.

Near the storm’s center, ocean waves will compound the problem.

That will be coupled with high winds and rainfall that’s likely to lead to “significant flash flooding” Friday and Saturday in parts of the state, the center said.

Mandatory evacuation orders are in place in communities including Cameron Parish and Calcasieu Parish, home to Lake Charles. West Calcasieu Cameron Hospital in Sulphur began evacuating patients Thursday “out of an abundance of caution” to medical centers around Baton Rouge and New Orleans, with only a core team staying on site, according to a news release.

More than 9,500 people are in shelters ahead of the hurricane, Edwards said. Many of those people had evacuated in August during Laura, he added.

Four people were rescued unharmed by the Coast Guard after a storm surge left them stranded on dunes in Port Mansfield, Texas, on Friday, according to the Coast Guard.

‘I’m packing up to leave again’

In the Louisiana storm zone, residents are still recovering from Laura, Cameron Parish Sheriff Ron Johnson said Friday morning. Debris in roadways and power outages from the storm several weeks ago are the biggest concerns, Johnson said during a phone interview with CNN affiliate KPLC.

Some residents are sticking around, but the parish has a “pretty good evacuation rate” and is geared up to assist people sheltering in place, he said. Deputies were still patrolling the roads but would be pulled when winds reach 50 to 60 mph.

In a last call to get residents evacuated, Lake Charles Mayor Nic Hunter said Thursday afternoon that city employees would move “heaven and earth” to help anyone who wanted to leave the city ahead of the storm.

“We are getting to a moment in time eventually, where it will not be safe anymore to get out on the roads,” Hunter said in a video message posted on Facebook. “Think about you and your family. And it is our strong request that you heed the advice and evacuate.”

Leona Boullion told CNN affiliate KPRC her home in Cameron, Louisiana, was spared by Laura, but she wasn’t sure if she’d be as lucky this time around.

“I’m packing up to leave again,” Boullion told the affiliate. “I’m just hoping that I have something to come back to.”

In Gueydan, Doug Sonnier told CNN as of Thursday he still had workers repairing damage to the floor of the apartment above the barn — which lost its roof — at his hunting lodge. His business has also been severely damaged by the pandemic.

“It’s just getting old,” she said.

Jim Hayes told KFDM that he shares the same frustration as Terro. His home is still boarded up and his carport was destroyed by a tree that fell in his yard during Laura.

“We got (the tree) all cut down and moved, and now here comes another one,” he said.

Local leaders warned of the possibility of tornadoes, which could come through Friday over parts of Louisiana and Mississippi, according to the hurricane center.

A tropical storm warning was in effect in parts of Texas and Louisiana, including New Orleans, where Mayor LaToya Cantrell said she was “very much concerned about” the possibility of tornadoes.

“We are not in the cone, but again, we do anticipate feeling strong impacts related to Hurricane Delta,” she said, according to CNN affiliate WDSU. “Tropical storm force winds, this is also a big concern, rainfall and possible flash flooding is what we are expecting.”

In Texas, public safety officials urged residents across the coast to prepare for severe weather including strong winds and localized flooding. The state this week had prepared resources so it could be ready to respond, Gov. Greg Abbott said.

“Texans in the path of this storm should continue to heed the guidance and direction of local officials, remain cautious, and remember – Turn Around, Don’t Drown,” Abbott said in a news release.

Mississippi Gov. Tate Reeves said Thursday the state has sent out resources to help communities and will deploy National Guard resources as well if needed.

Officials there also warned of the possibility of tornadoes in the state, as well as heavy rain.

“We anticipate the storm, or at least what’s left of the eye of it will only spend about 30 hours in Mississippi,” Reeves said. “During that time, we do expect significant rainfall, up to four to six inches in the southwestern counties, and maybe in some of the western Delta counties that are on the Mississippi River.”

Abbott this week declared a state of emergency “in anticipation of damage” and urged residents to “prep for the worst.”