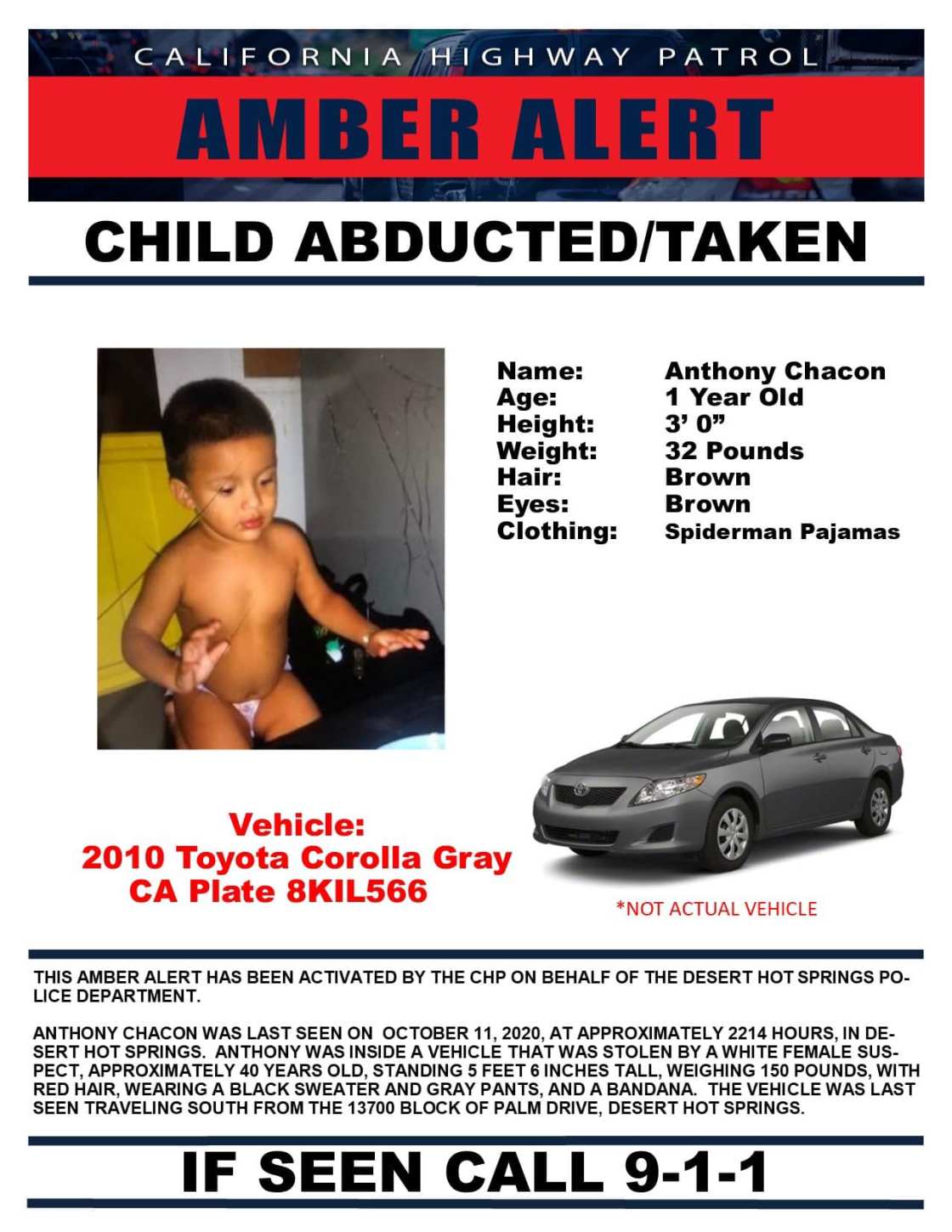 DESERT HOT SPRINGS (CNS) – A convicted felon accused of stealing a vehicle with a year-old boy inside in Desert Hot Springs was arrested Monday, and police said the infant was found safe and reunited with his family.

Yadira Dolores Flores, 31, of Desert Hot Springs — who was on probation from a felony vehicle theft conviction — was taken into custody about 1:15 a.m. in Cathedral City, about three hours after she allegedly stole the vehicle with the child inside, according to the Desert Hot Springs Police Department.

According to police, the boy’s mother reported somebody had stolen her car from in front of a business in the 13700 block of Palm Drive about 10:15 p.m. Sunday. Several neighboring law enforcement agencies responded to assist in the search, and an Amber Alert was issued for Anthony Chacon.

Three hours later, a pedestrian walking in the 67500 block of Ramon Road in Cathedral City saw a car parked in an open field matching the description of the vehicle in the Amber Alert. She approached and saw a baby in the backseat, picked him up and called 911, authorities said.

Meanwhile, Cathedral City police officers patrolling the area of Sarah Street and Agua Caliente Trail saw a woman matching the suspect’s description and took her into custody. Flores was booked at the Benoit Detention Center in Indio on suspicion of kidnapping, wilful child cruelty, auto theft with priors and for a probation violation, with bail set at $100,000.

Overnight, the California Highway Patrol issued an Amber Alert for the boy who was inside a vehicle reportedly stolen by a woman in Desert Hot Springs. 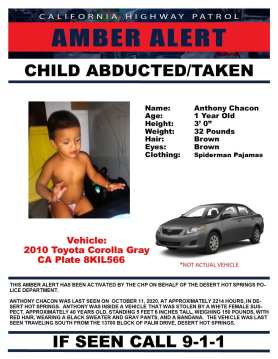 The suspect was described as a 40-year-old white woman wearing a black sweater, gray pants and a bandanna.

No word yet on whether any arrests were made.

Stick with NBC Palm Springs for the latest.