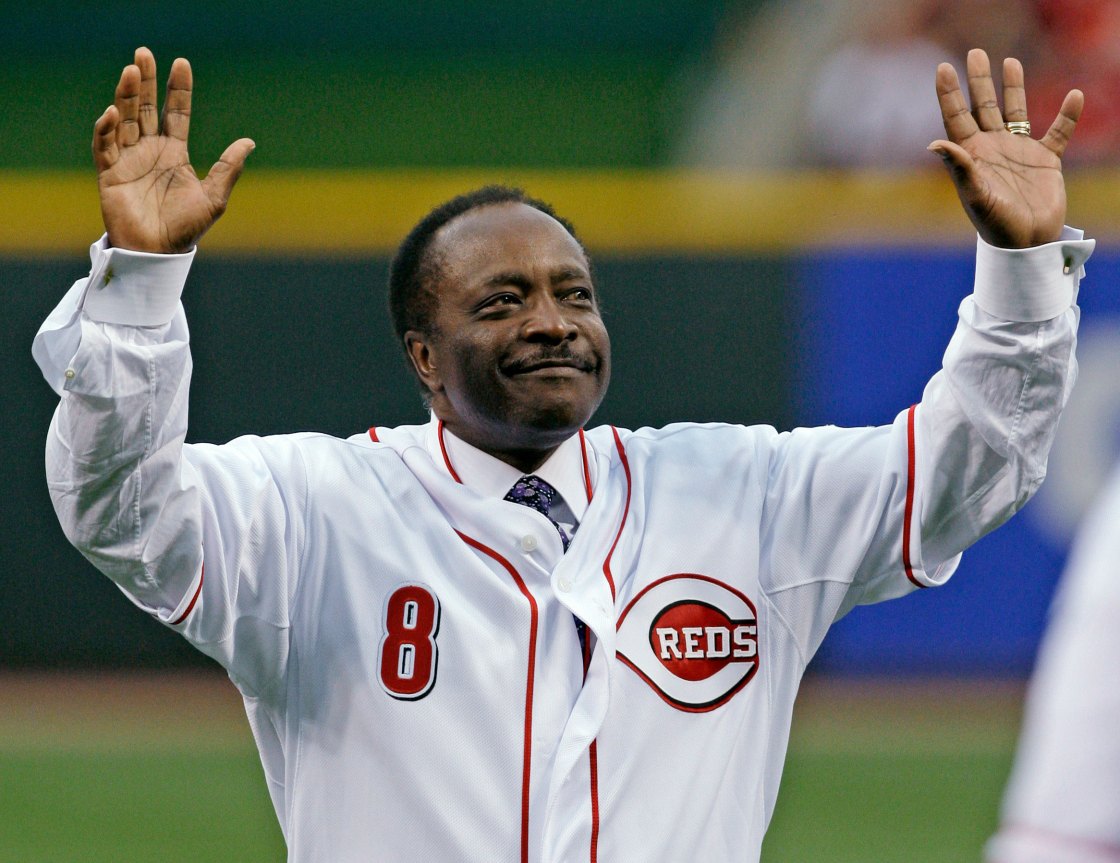 Hall of Famer Joe Morgan, part of Cincinnati’s Big Red Machine and one of the best second basemen to don a glove, has died, the Reds said in a statement. He celebrated his 77th birthday last month.

According to the San Francisco Giants, where he also played, the two-time World Series champ died Sunday at his home in Danville, California, a 30-minute drive east of the Oakland high school where he played as a teen.

“The Reds family is heartbroken. Joe was a giant in the game and was adored by the fans in this city,” team CEO Bob Castellini said. “As a cornerstone on one of the greatest teams in baseball history, his contributions to this franchise will live forever.”

MLB Commissioner Robert Manfred called Morgan “a symbol of all around excellence” and said he one of the game’s best-ever “five-tool players,” meaning he excelled at hitting, hitting hard, running, fielding and throwing.

The 10-time All-Star was inducted into the Reds’ Hall of Fame in 1987 and into the National Baseball Hall of Fame three years later. He also served as vice chairman of the Hall’s board of directors from 2000 until his death.

Though he played for numerous teams, including the Giants, Houston Astros, Philadelphia Phillies and Oakland As, he is best known for his time alongside Hall of Fame catcher Johnny Bench and “Hit King” Pete Rose in Cincinnati.

Because of its dominance in the 1970s, the team was nicknamed the Big Red Machine. The Reds won the National League West in five of Morgan’s eight seasons with the squad and went on to snare World Series titles in 1975 and 1976. Morgan was named National League MVP in both seasons.

Dubbed “Little Joe” because of his 5-foot-7 stature, he had surprising power for his size and regularly got extra bases, recording 449 doubles and 96 triples to go along with 268 home runs.

He tallied more than 2,500 hits in his 22-year career and was known as a clutch hitter, a reputation he secured when he knocked in Ken Griffey to win Game 7 of the 1975 World Series.

“Joe Morgan did not strike fear into opposing pitchers — until he made contact,” a Hall of Fame remembrance says. “After working the count into what usually became a line drive or a base on balls, Morgan took over the game. And once on base, few ever negotiated 90 feet any better.”

There was no part of his game that wasn’t well honed. His keen eye led pitchers to walk him 1,865 times — more than any player aside from feared sluggers Barry Bonds, Rickey Henderson, Babe Ruth and Ted Williams — and he was so fleet of foot that he stole 689 bases (placing him 11th all time) with an almost 81% success rate.

Among Morgan’s many honors were eight straight All-Star seasons from 1972 to 1979, his entire career with the Reds. His reliable fielding also earned him five straight Gold Glove Awards, all with the Reds. He began serving as a special adviser to the team in 2010.

Morgan also advised Manfred, and the commissioner always welcomed his perspective, he said.

“He was a true gentleman who cared about our game and the values for which it stands,” Manfred said. “On behalf of Major League Baseball, I extend my deepest sympathy to Joe’s wife Theresa, his family, his many friends across our sport, the fans of Cincinnati and everywhere his 22-year career took him, and all those who admired perhaps the finest second baseman who ever lived.”

The Houston Astros — where Morgan began his career in 1963, when the team was known as the Houston Colt .45s — mourned his passing as a “huge loss” for the sport.

“Joe Morgan was a true superstar in every sense of the word. In the early part of his career, he was one of our first stars, a cornerstone for the Houston Colt .45s and Astros, and a significant reason for the success of the franchise. His contributions will never be forgotten,” the Astros’ statement said.

He and pitching ace Nolan Ryan were among 16 inaugural inductees into the team’s Hall of Fame last year.

Morgan is regularly mentioned among Jackie Robinson, Rogers Hornsby and Eddie Collins in the debate over who was the best to ever play in the middle of the diamond.

The Bonham, Texas, native is the latest of baseball’s Hall of Famers to die in recent weeks. The New York Yankees’ Whitey Ford died at 91 earlier this month. St. Louis lost two of its most revered Cardinals when Lou Brock and Bob Gibson died a month apart from each other. They were 81 and 84, respectively. New York Mets hurler Tom Seaver died August 31 at 75. 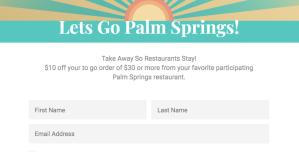 Palm Springs Offers $10 Coupon For Use at Participating Restaurants