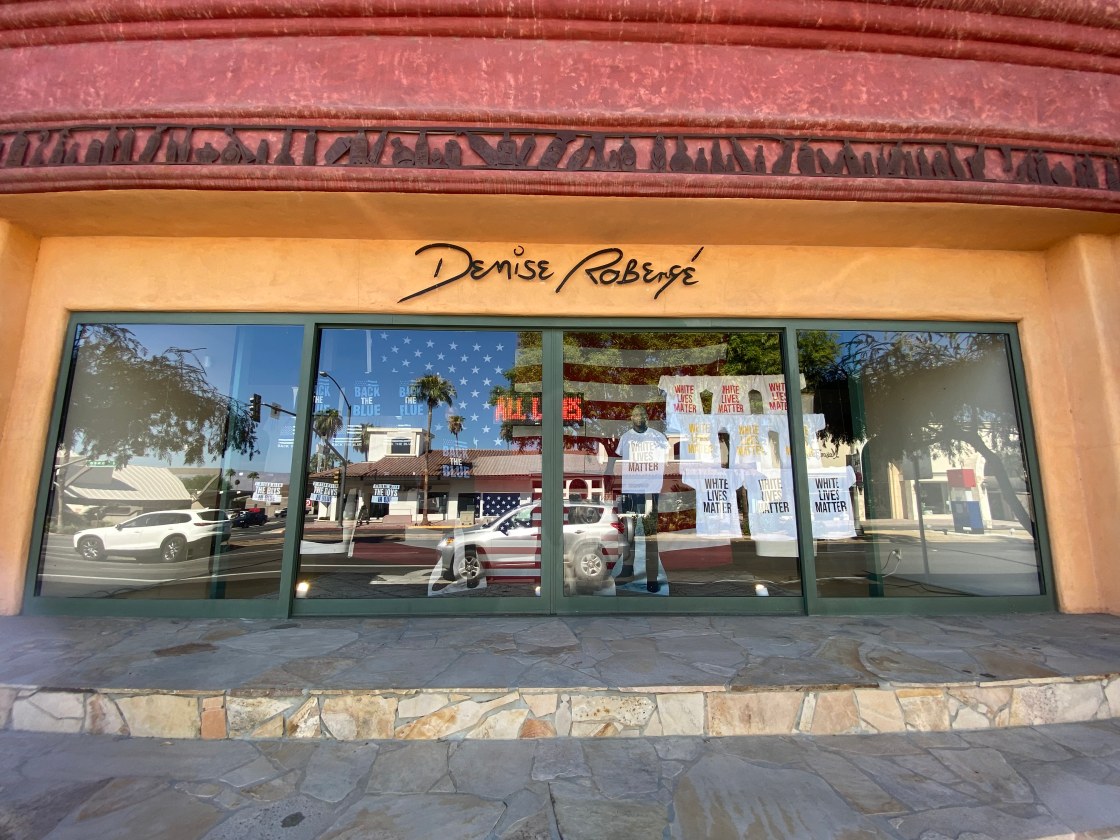 A business on El Paseo is drawing major criticism for a window display dozens of people are taking to social media calling it racist. 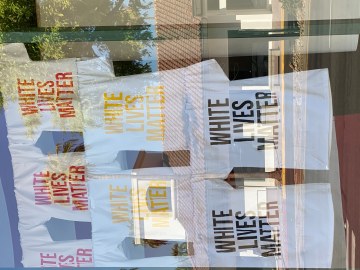 Other businesses on El Paseo say the attention-grabbing display is garnering negative attention.

“I think that businesses should stick to their business and leave the politics to the side. We have heard a lot of negative feedback from customers that come in upset about it,” said Mike Peterson with a neighboring business.

“We all have our own beliefs and thoughts and I think people come to El Paseo to get away from the stresses of everyday life and I don’t think we should get confronted necessarily with political statements or religious statements,” said Southorn.

This isn’t the first time the gallery has garnered this type of attention.

Last year Roberge displayed the floating heads of prominent democrats with tape over their mouths and mannequins with “Make America Great Again” hats.

“The City of Palm Desert is empowered to regulate commercial signage, but this is different. While many people – including residents, visitors, other business owners on El Paseo and City staff members – have expressed their objections to and offense at the contents of  Ms. Roberge’s shop window, the First Amendment to the U.S. Constitution and its protections of free speech mean that the City is unable to regulate this type of political expression.”

“Maybe they do it just for advertising,“ said Southorn.

“I think she’s a smart business woman. I just think she got caught up on the team sports of politics and it’s not a good thing,” said Peterson

NBC Palm Springs did speak to Roberge off camera, but she refused to give us an on camera interview.

She did say, despite all the negative comments, she received an anonymous letter of support from someone that mentions how grateful they are for her support.