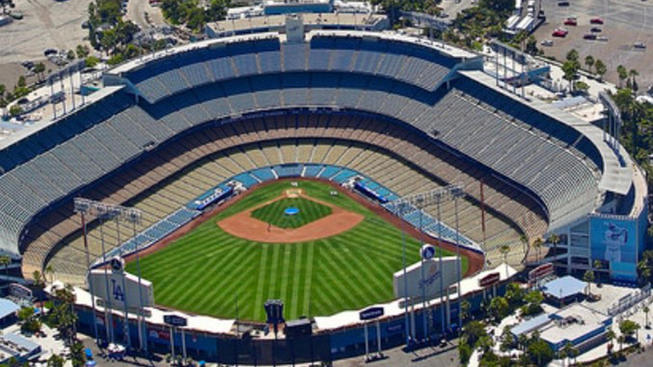 EXCLUSIVE: Life inside the MLB Bubble

The MLB postseason is taking place in COVID-19 bubbles across the country. Two of those bubbles are here in southern California, with Dodger Stadium and Petco Park hosting teams and broadcast crews from all over the country. I was able to speak to Grisel Guillen, who was a production assistant at Dodger stadium, and Sam Glantz who is over at Petco Park, and asked them, what the MLB production bubble life was like?

Grisel: “Really different experience, just like living with everybody. The limitations we had on us were really weird”

Sam: “Like it has summer camp vibes, you know, because you’re like walking around hey good morning, hey what’s up? You know, just like doing your normal thing”

Both Sam and Grisel had arrived two days prior to when they started working and were tested immediately, then they checked into their hotels and had to go into a strict quarantine for two days while they waited for their negative test results. Once the two days were up, they were able to start working.

Grisel: “In the stadium, there was a lot of different designated areas for different people in different bubbles, because production was in a bubble, but the players are in another bubble. So anyone that is interacting with the players and stuff like that, is only allowed to go to certain floors.”

Sam: “Everywhere that we are, we are wearing our masks, so that is super good, and we have hand sanitizer everywhere, we have wipes everywhere, we do have gloves.”

Grisel: “We were sanitizing at least every hour.”

Additionally, all members of the broadcast team were tested 2-3 times throughout their stay in the bubble. Those who were more likely to interact with players or team staff were tested daily.

If you are watching these games on TV, then you probably hear the fake crowd noise, which sounds very realistic, but what about when the sound is off? How was watching the Astros and Rays win their divisional series, with no real fans cheering them on?

Grisel: “The second the series was over, so it went from all this crazy, loud fake fans cheering on the Astros because they just won to dead silence, and that was really weird.”

Sam: “Watching the end of the Yankees-Rays game, game five and just watching, you know them celebrate, it’s really not the same, it just doesn’t feel right. When you’re there in the stadium, it’s pretty surreal seeing nobody. You’re standing there and it’s like a private game, you feel like you shouldn’t be there, you know what I mean? So, it’s definitely pretty crazy.”