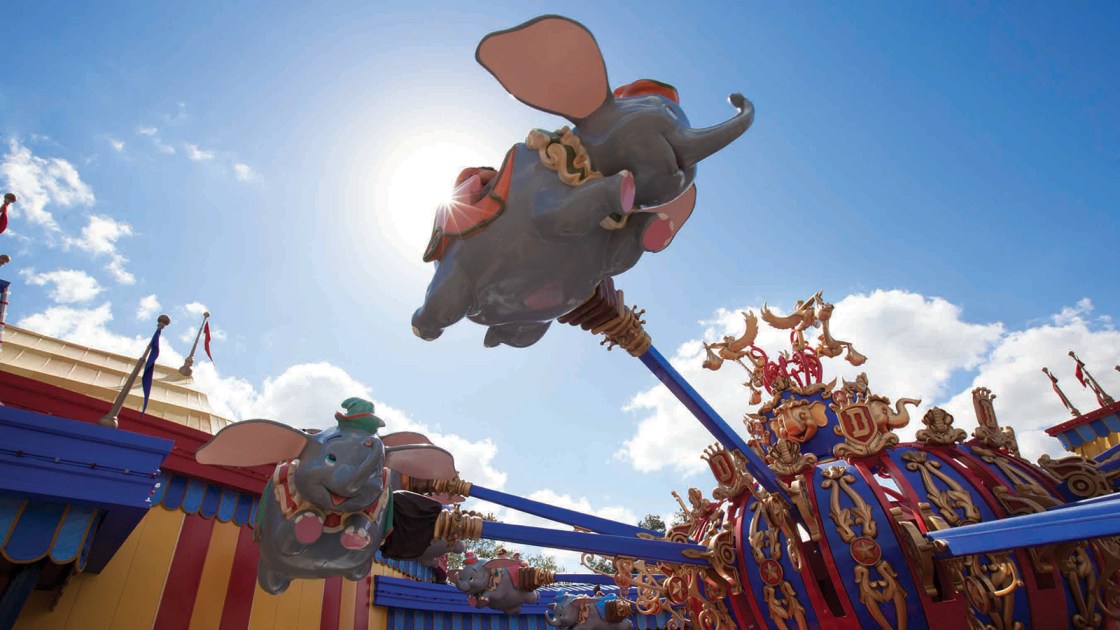 ANAHEIM (CNS) – State health officials released long-awaited guidance for the reopening of theme parks amid the coronavirus pandemic Tuesday, but the restrictions will likely translate to several more months of closures at major attractions such as Disneyland and Universal Studios Hollywood.

Under the guidelines, major theme parks will only be permitted to reopen in counties that have reached the least-restrictive “yellow” tier of the state’s four-tier COVID-19 economic-reopening roadmap.

Even when they are permitted to open, theme parks will have to adhere to a series of restrictions, most notably an attendance limit of 25% of normal capacity. Theme parks will also have to require advance reservations. Visitors will be screened for virus symptoms before being granted entry, and face coverings will be mandatory for all guests, except when they are eating or drinking.

The state guidelines allow smaller, more localized theme parks to open in counties that are in the “orange,” or third tier, of the state’s guidelines. Those operations will be limited to outdoor attractions only, with capacity limited to 25% or a total of 500 people, whichever is less. Tickets for such attractions can only be sold to visitors who live in the same county.

Dr. Mark Ghaly, California’s health secretary, said the guidance was developed in part from information gathered by teams the state sent to theme parks that have reopened in other parts of the country.

“They came back with lots of valuable lessons,” he said. “Things that we saw that we were very reassured by were really great management of how lines were managed, keeping separate groups apart while in a line, while on a ride. Really great lessons learned there. But also some things that raised some concern — the level of mixing even without masks that seemed very random and concerning to us. So those different areas of information were really assimilated and guided where we landed with this guidance.”

Ghaly conceded that under the guidance, there is no way to predict when major theme parks such as Disney or Universal might be able to reopen, since the decision will be dependent on countywide coronavirus numbers.

“I think there’s lot of work we can do together … to do what we can to reduce transmission in our counties, and there is a path forward there,” he said. “We do not know when, but we do know how.”

The state’s guidelines were met with immediate condemnation from some Orange County officials, who have been pushing hard for the reopening of Disneyland — a major revenue generator. Disney officials have also been lobbying the state for the chance to reopen, with the dispute even leading to former Disney CEO Bob Iger’s resignation from a state task force of business leaders providing guidance on coronavirus issues.

“The guidelines fail working families and small businesses,” Anaheim Mayor Harry Sidhu said. “As painful as this is, Disney and the city of Anaheim will survive. But too many Anaheim hotels, stores and restaurants will not survive another year of this. Many are family businesses. The jobs they provide support other families.

“We can safely and responsibly open our theme parks and convention center soon. The unions of the Disneyland Resort agree and support the reopening of the theme parks in Tier 3 — not Tier 4, which would wipe out jobs in our city and destroy lives.”

Ken Potrock, president of Disneyland Resort, said the company has proven it can open safely with proper health protocols.

“Nevertheless, the state of California continues to ignore this fact, instead mandating arbitrary guidelines that it knows are unworkable and that hold us to a standard vastly different from other reopened businesses and state-operated facilities,” Potrock said.

He said the guidelines “will keep us shuttered for the foreseeable future, forcing thousands more people out of work” and leading to more business closures.

Karen Irwin, president and chief operating officer of Universal Studios Hollywood, said forcing the park to wait until the county reaches the “yellow” tier “makes no sense,” particularly since other businesses such as indoor shopping malls have already been cleared to open.

“It ignores science, reason and the economic devastation this will bring to the thousands of our employees, the indirect businesses that rely on us and our industry overall,” Irwin said. “The health and safety of our guests and team members has always been our top priority. We have designed detailed health and safety protocols that allowed us to open our theme parks in Orlando, Osaka and Singapore. We have collaborated with L.A. County health and government officials on a comprehensive plan to move forward safely here, and we are prepared and ready to open.”

Ghaly on Tuesday also announced that the state will allow some in- person attendance at professional sporting events, again with significant restrictions. In-person attendance will be permitted at 20% capacity in counties that are in the “orange,” or third tier of the state’s matrix, and at 25% capacity in the least-restrictive “yellow,” or fourth, tier of the system.

Tickets for such events can only be sold to people who live within a 120-mile radius of the venue. All tickets must be purchased in advance with assigned seating, meaning no day-of sales. Spectators will be required to wear face coverings, with eating and drinking permitted only in assigned seats. Tailgating is also prohibited.

Ghaly said the rules apply only to professional sports, with college athletics still barred from having fans in attendance.

He drew a distinction between theme parks and sporting events, saying ticketed sales at a sports stadium allows for more control and location of crowds to prevent mixing.

“Part of what has guided this is this notion that there’s higher-risk settings and lower-risk settings,” Ghaly said. “Over the last many weeks we’ve been talking to you about that difference … the fact that some settings can be modified significantly to reduce risk and others are harder to modify just by the nature of the activities.”

Ghaly also announced Tuesday that the state is now allowing all personal-care businesses to reopen, even in counties that are in the most- restrictive “purple” tier. Such businesses include tattoo parlors, hair- removal operations and massage businesses. Although the state is authorizing them to reopen, individual counties will have the final say.