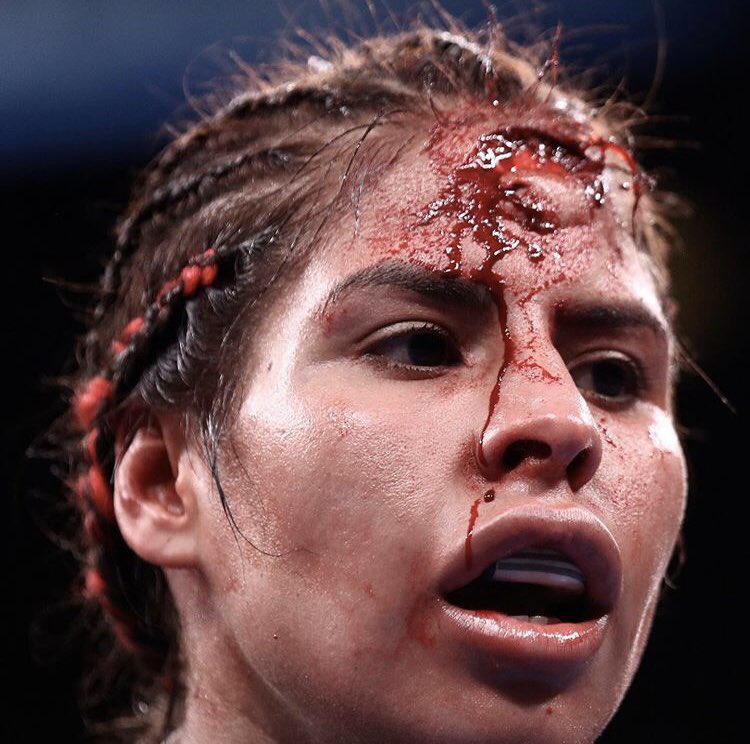 On October 30th, Fantasy Springs Resort & Casino in Indio is hosting a boxing match between female boxers Marlen Esparza and Sulem Urbina in an eight-round WBC flyweight title eliminator bout. The winner will have a shot at the world title.

Marlen Esparza is an Olympic bronze medalist and professional boxer with a record of 7-1 with 1 KO. Esparza hails from H-town, Houston Texas, and is not only trying to win, she’s looking to make a career come back.

Anybody who knows boxing knows what happened to Esparza last year. Nearly a year to the day of her next fight, Esparza went up against her boxing rival, Seniesa Estrada. During the fight, Esparza was bleeding from a gnarly cut on her forehead after an accidental headbutt with Seniesa Estrada. Estrada won by technical unanimous decision when the fight was stopped after the ninth round due to the headbutt.

Thank you to all my fans & supporters, I really appreciate you reaching out! I’m okay, 20 stitches later. The head butts were real! Although I don’t agree with last nights decision it’s going to take a lot more than that to stop me💪 #UnanimousHeadbutt #hardheaded 😂 pic.twitter.com/Uf4pUZm3nC

This upcoming fight is Esparza’s first back since that loss, so this bout means so much more to her.

“This is, everything to me, so I’m really proving a lot to myself, not really to anybody else. Yes, it’s an eliminator for the WBC which is major. I feel like I am holding a lot of weight as far as making sure I am proving everybody correct, that I am who they think I am. I haven’t felt this determined and this angry in a very, very long time.”

Esparza also talks about how she was able to bring herself back up, mentally to prepare for her career comeback.

“It’s just like exercising, it’s a mindset, just really trying to understand my own, self-talk and what this really means to me and trying to remind myself constantly of who I am.”

Boxing fans everywhere are really excited about this upcoming match-up between Esparza and Sulem Urbina.

“She’s someone who’s good, who knows what they are doing, someone who’s dangerous. You know, it helps you be a better fighter, it helps me be a better fighter. It’s more intense for me, I have to turn into a cold person, and that is the way for me to really win this fight. I start to make sure that we have the game plan and we know what we are doing, and know how she moves. I have to anticipate that she knows how I move, you know it’s a whole video game, plus it’s like hey, someone’s gonna die today and I gotta be okay with that. ”

This fight will be available exclusively to stream on DAZN.com: https://schedule.boxingscene.com/event/jaime-munguia-vs-tureano-johnson–856/