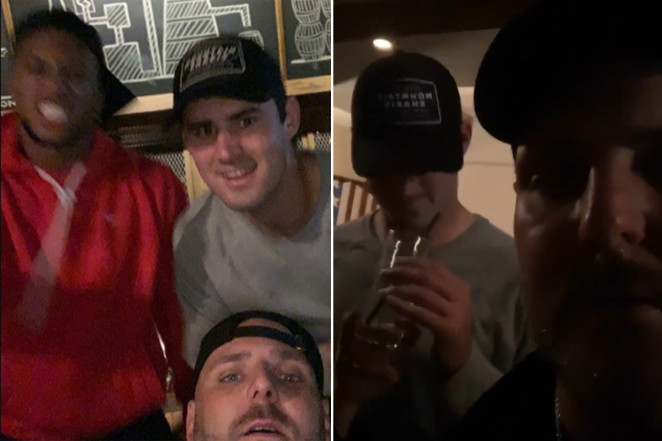 What better way to start the Big Ten season than with Penn State and Indiana giving us some overtime action?

After being down 20-16 with three minutes left in the fourth quarter, Penn State came back to score two touchdowns and take the lead 28-20, but Indiana is not done yet. With a minute left, the Hoosiers drive downfield to score a touchdown and convert for two points and this game is going into overtime tied at 28. After competitive overtime play, It would be Indiana who gets the win thanks to a stretch by QB Michael Penix Jr. For the two-point conversion in OT regulation. Hoosiers win it 36-35. The first time since 1987 that Indiana has beat a top ten opponent. What a game.

Quarterback Justin Fields led Ohio State to a blowout win over Nebraska 52-17. Fields completed 20 of 21 passes for 276 yards, with two touchdowns. Fields also rushed for 54 yards on the ground. Rutgers also made a splash today as they snap their 21 game losing streak in the Big Ten when they beat Michigan State today 38-27. Trevor Lawrence and the Clemson Tigers improve to 6-0 today after beating Syracuse 47-21.

UFC 254 – Khabib Nurmagomedov wanted to avenge an earlier defeat to Justin Gaethje. Mission accomplished, Khabib won on a second-round submission. Following the fight, Khabib announced his retirement, stating he didn’t want to return to the octagon without his father, who died following COVID-19-related complications earlier this year. He added that he had promised his mother that he would not continue fighting after settling the score with Gaethje.

The New York Giants are in some hot water after a video surfaced on the internet of QB Daniel Jones and running back Saquon Barkley spotted in a bar, not wearing masks and defiantly not social distancing.

As reported by ESPN’s Jordan Raanan, a source said that the two players were invited to have a drink at a bar that is closed to the public. The video shows daniel jones sharing a drink with a woman at the manhattan bar. Barkley was also shown in the video, neither was wearing masks. The giants are aware of the situation and said that they are looking into the nature and context of what is on the video. The video has since been taken down from social media.