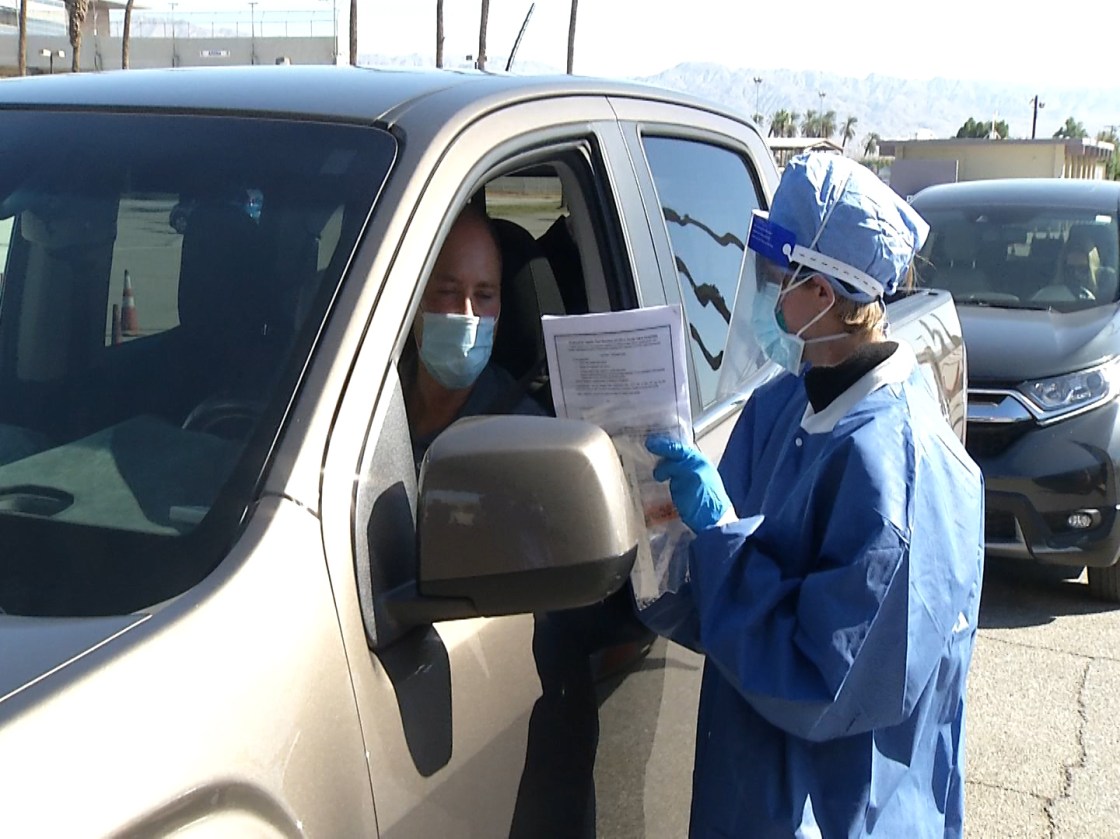 Members from Indio City Council got tested for coronavirus at the Indio Fairgrounds Tuesday morning. They came together to get tested and share with the community the importance of doing so.

“We’re sending out the messages as leaders in the community to say it takes a few minutes, we need you to come with us, follow our example and to go ahead and get tested,” said Jose Arballo Jr., Senior Public Information Specialist with Riverside County.

With the city of Indio having one of the largest populations in The Coachella Valley, the city council is urging its residents to follow suit and get tested.

“Without the testing at a certain level, were not able to meet the numbers that the governor wants us to, and we want to get our small businesses open. one, it protects you if you do have the virus, to be able to make sure you don’t spread it, protect you and your family. but at the same time it gives us an opportunity to get a handle on how many real cases we have,” said Mayor Glenn Miller of Indio.

County health officials gave an update on numbers and where we need to be in order to move forward.

Hospitalizations and the number of cases are currently rising, county officials say with an increase in testing they hope to target and remedy the spread of coronavirus within the community.

“The throat swab maybe can trigger a gag reflex, a very mild one, but it’s over in a second. the nose swab feels a little bit more invasive, but I would much rather have the throat swab, and in any event, it’s the right thing to do and it’s very very quick and very painless, it’s just what you need to do,” said Elaine Holmes, Mayor Pro-tem with the city of Indio.

The testing site at the Indio Fairgrounds is open by appointment only during early mornings from 6:30 a.m. to 11:30 a.m., Tuesday through Saturday.