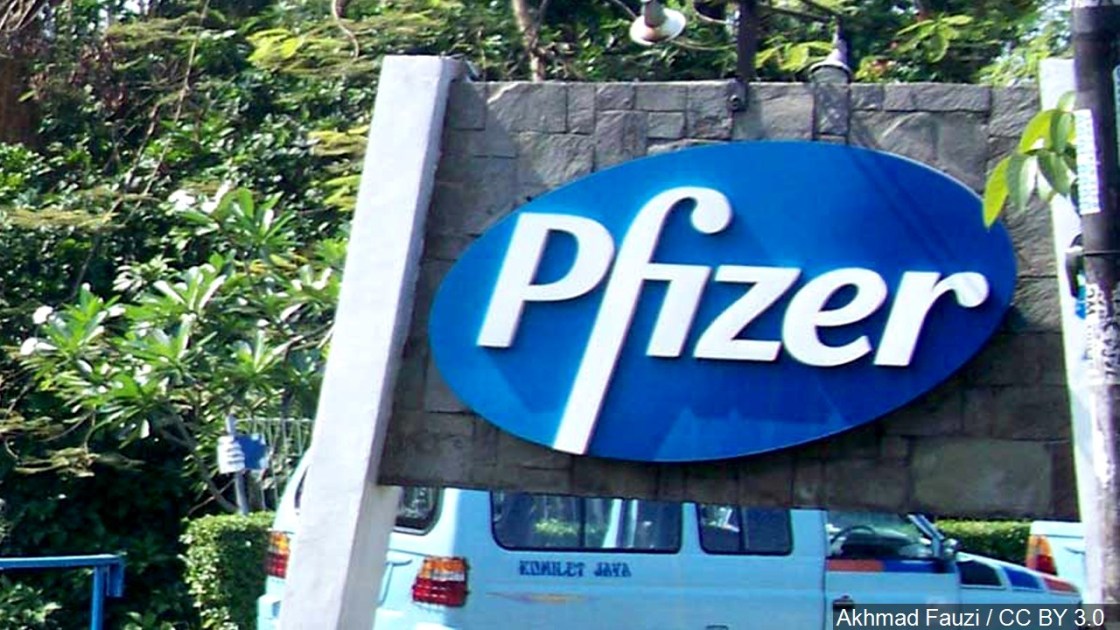 (CNN) — Drugmaker Pfizer said Monday an early look at data from its coronavirus vaccine shows it is more than 90% effective — a much better than expected efficacy if the trend continues.

Pfizer said that the vaccine, made with German partner BioNTech, had an efficacy rate higher than 90% at seven days after the second dose, which means protection is achieved 28 days after a person begins vaccination. The vaccine requires two doses. The US Food and Drug Administration has said it would expect at least 50% efficacy from any coronavirus vaccine.

“Emotions are very high. You can imagine how I felt when I heard the results yesterday at 2 p.m. I think that likely, based on impact, this will be the greatest medical advance in the last 100 years,” Bourla said.

“It is extraordinary but it’s coming at a time that the world needs it the most,” Bourla said, noting that the United States has recently seen more than 100,000 daily new Covid-19 cases.

In a news release, the pharmaceutical giant said it plans to seek emergency use authorization from the FDA soon after volunteers have been monitored for two months after getting their second dose of vaccine, as requested by the FDA.

Pfizer said it anticipated reaching that marker by the third week of November.

Fauci, director of the National Institute of Allergy and Infectious Diseases, said he has not seen the vaccine data himself, but he spoke to Bourla Sunday night.

There’s still more to learn about the Pfizer vaccine.

The Phase 3 trial of the Pfizer vaccine has enrolled 43,538 participants since July 27. As of Sunday, 38,955 of the volunteers have received a second dose of the vaccine. The company says 42% of international trial sites and 30% of US trial sites involve volunteers of racially and ethnically diverse backgrounds.

The final goal of the trial is to reach 164 confirmed cases of coronavirus infection.

The Pfizer vaccine uses a never-before-approved technology called messenger RNA, or mRNA, to produce an immune response in people who are vaccinated.

The mRNA vaccine approach uses genetic material called mRNA to trick cells into producing bits of protein that look like pieces of the virus. The immune system learns to recognize and attack those bits and, in theory, would react fast to any actual infection.

“How long this protection lasts is something we don’t know,” Bourla told CNN.

It’s not clear whether the Covid-19 vaccine will become a yearly or season shot, but Bourla believes it’s likely.

“I think it is a likely scenario that you will need periodical vaccinations,” Bourla told Gupta. “The reason why we selected the RNA technology was exactly that. This is a technology that you can boost without problems of creating antibodies against your vaccine, again and again and again.”

“What we know right now — it is with very, very high level of confidence these are very highly effective vaccines. What we know so far, it means that we don’t have any safety concerns, but we need to wait until the results are there,” Bourla said.

More than a billion doses expected in 2021

Bourla told CNN that Pfizer expects to have 50 million vaccine doses globally this year, and 1.3 billion next year.

“Who will get this vaccine? We have two separate manufacturing lines. One is in the US,” Bourla said. “Those we prefer using mainly for Americans.”

Bourla added that a second line in Europe will be used to produce vaccines for the rest of the world. “We have already signed contracts with multiple governments in the world and they have placed orders,” Bourla said.

The vaccine will be free to all American citizens, Bourla said.

Pfizer’s vaccine was not developed as part of Operation Warp Speed, the US government’s coronavirus vaccine effort.

The federal government has invested $1.95 billion in Pfizer’s vaccine to help it manufacture a billion doses or more by next year, but it is not helping to test it and Pfizer has said it will distribute the vaccine itself.

President-elect Joe Biden said in a statement the Pfizer announcement is “excellent news,” but warned that mask wearing and social distancing are still necessary.

President Donald Trump, who had previously suggested a vaccine might come before Election Day, said in a tweet that the Pfizer announcement was “SUCH GREAT NEWS!” and noted the stock market was up.

When asked on Monday about the timing of the Pfizer announcement — just days after the election — Bourla said, “the science brought it exactly at this time.”

“We announced it the moment we learned about it, and I said multiple times the election for us is an artificial timeline,” Bourla said. “This is when science brought it to us.”

Manny the Movie Guy Talks to “The Croods: A New Age” Director