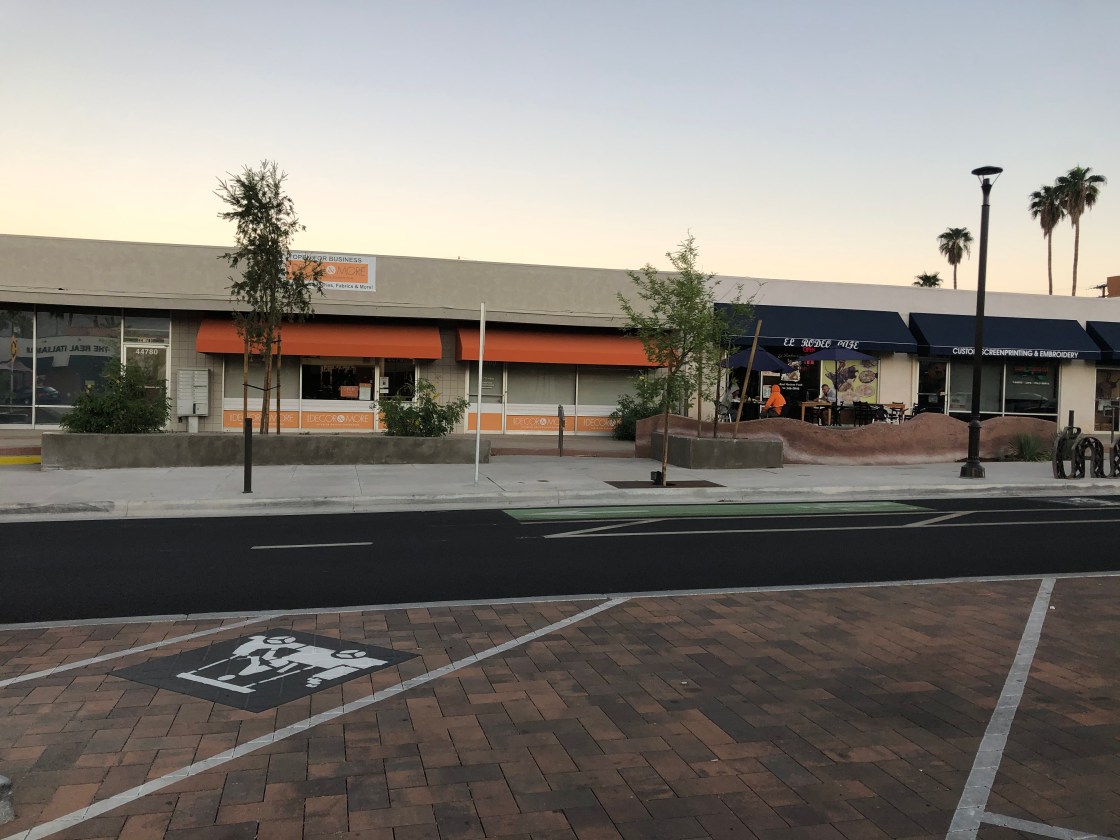 Over the last year, the street has been under construction for the city’s renovation project.

The first phase of the project recently finished up, and many shop owners say the enjoy the overall look.

“The planning is great, it just looks cleaner and more welcoming,” said Jeff Dawson, a pastry chef at the Real Italian Deli.

“That’s the reason why we actually picked this location from the beginning. We knew it was going to be a good thing for Palm Desert and we are excited to be a part of it,” said Chicks Halay-ay, owner of Comic Asylum.

The project removed one lane of traffic in each direction, increasing walkways and bike lanes.

It also added a roundabout to slow traffic as drivers enter the shopping and residential areas.

The city’s website says, “The mile-long corridor connects shopping, restaurants, and other commercial services at El Paseo and Highway 111 with residential neighborhoods and civic uses including Palm Desert City Hall, College of the Desert, Civic Center Park, and eventually, CVLink.”

Many of the stores on San Pablo Ave. are specialty stores, and some owners say they aren’t sure how often they’ll see shoppers trickle over from El Paseo.

“The specific type of store I am is like people actually have to look up where we’re at, I normally don’t get those kind of clientele,” said Halay-ay.

Some other owners expressed concerns about the layout.

“The street’s beautiful and all the planters and flowers. My only concern here is the parking. I’m just hoping there’s enough parking for all the vehicles for this street,” said Jeff Berger, owner of Exotic Birds.

Shoppers also said the central parking strip might make it hard for the elderly to get across the street, as they face oncoming traffic in both directions.

With the first phase of the project finished, construction has now moved North of Fred Waring and just be finished within a year.

The second phase will introduce roundabouts, similar to phase one, as well as extended bike-ways.

Even though they’ve moved into the second phase, the city says they’re still working to improve phase one.

“As we increase uses, being creative on parking is going to be the city’s chief role. We’re gong to have to be creative. The city is going to have help the retail community there come up with solutions,” said Ryan Stendell, director of community development in Palm Desert.

Stendell also says he believes the introduction of the farmer’s market on San Pablo Ave. in the first week of December will boost business.

“Staff is hosting planning meetings with the farmer’s market staff on a regular basis to make sure that we’re partnering correctly and we’re giving them everything they need before we move over,” said Stendell.

You can learn more about the San Pable project here.