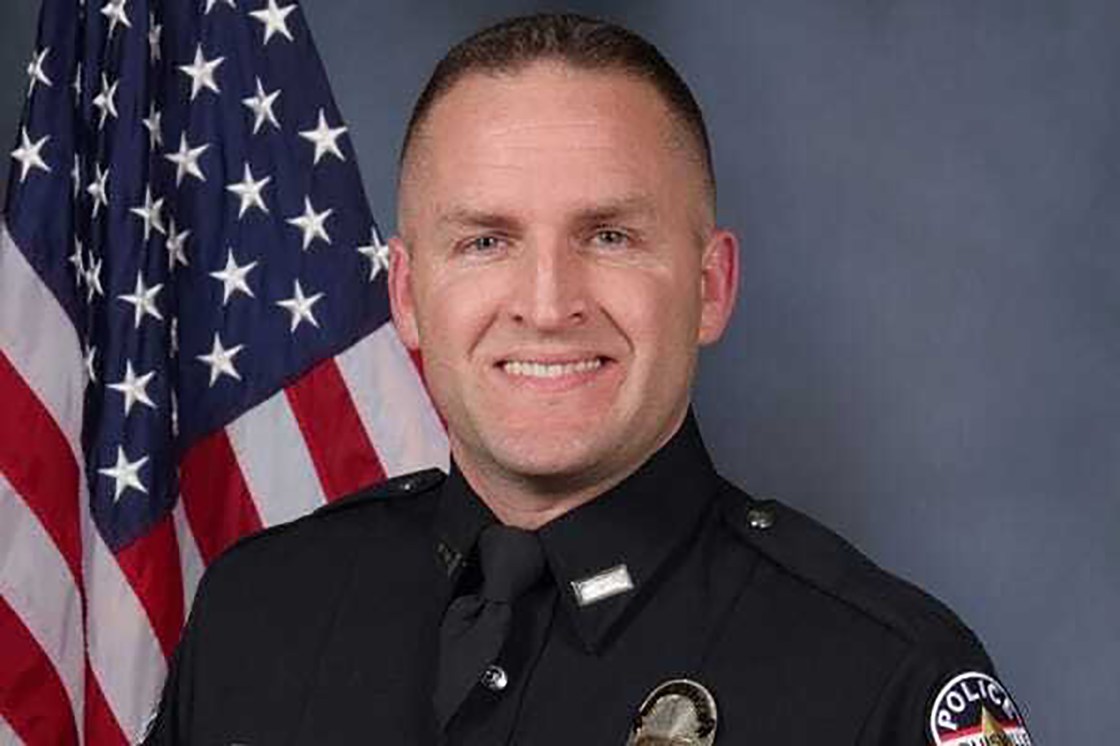 (CNN) — Former Louisville Metro Police Department Detective Brett Hankison, who was involved in the fatal shooting of Breonna Taylor, is being accused of sexual assault, according to a new lawsuit.

The lawsuit, filed on Tuesday, calls Hankison a “sexual predator” who “used his police uniform and secondary nightclub employment as mechanisms to prey on innocent women who are two decades younger than him.”

Hankison is being accused of assault and battery, according to the lawsuit.

CNN reached out to Hankison’s lawyer, Stew Mathews, for comment.

Hankison was among the officers that executed a raid on the apartment of Breonna Taylor, a 26-year-old ER technician and aspiring nurse, in March. After officers entered the home with a battering ram, Taylor’s boyfriend fired a shot and officers allegedly fired back blindly — including Hankison who is accused of firing 10 rounds into Taylor’s apartment. Taylor was fatally shot, sparking public outrage.

Hankison was fired for his role in the shooting.

According to the lawsuit, plaintiff Margo Borders visited the Tin Roof bar in Kentucky to meet some friends in 2018 where Hankison was working as security. Borders and Hankison had met in 2017 and had a mutual friend; Hankison “frequently messaged” Borders on Snapchat and reached out to her when he was “having problems with his girlfriend,” according to the lawsuit.

Borders was intoxicated that night, and when time came to leave the bar and as she was about to call an Uber, Hankison insisted that he drive her home and invited himself into her apartment, according to the lawsuit. Borders went to her room and fell asleep, and when she was unconscious, Hankison “willfully, intentionally, painfully and violently sexually assaulted” her, according to the lawsuit.

“Margo and so many other women put their trust in what they thought was a police officer doing a good deed. He responded by damaging their lives,” said Sam Aguiar, one of Borders attorneys. “We are confident that this litigation will send a message that the community will hold the police accountable when the department itself fails to do so.”

Aguiar is also one of the lawyers for Breonna Taylor’s family.

According to the lawsuit, this wasn’t an isolated incident; it includes the claims of nine other women, some of whom allege they had experiences with Hankison ranging from unwanted sexual advances to sexual assault.

The lawsuit names and alleges that colleagues of Hankison at the LMPD, including former Chief Steve Conrad, knew of his conduct but never reported or investigated it. It also alleges that “multiple women claim that reports made to LMPD over the incidents were made, but were not pursued.”

“We find the allegations to be reprehensible, and our company does not tolerate abuse of power or discrimination in any form,” read a statement from the Tin Roof shared with CNN. “We feel there is an obligation to provide a safe environment for guests as they enter and exit the venue and would never deliberately put the safety of our patrons at risk especially by those contracted to serve and protect. We terminated our relationship with Officer Hankison in the spring and currently use internal security staff only.”

The lawsuit also names “unknown defendants” who are “employed by Louisville Metro Government” and are being accused of failure to report and intervene.

“We are unable to speak publicly on matters before the court and must cite pending litigation as our reason for not commenting further,” Dwight Mitchell, LMPD spokesperson, told CNN.

CNN has reached out to former Chief Steve Conrad for comment.

Borders and her attorneys are asking for a trial, compensatory and punitive damages in an amount to be specified at trial and costs incurred for attorney fees, according to the lawsuit.

In September, Hankison was indicted on three counts of wanton endangerment in the first degree for allegedly firing blindly into Taylor’s apartment. He pleaded not guilty. First-degree wanton endangerment is a Class D felony, the lowest of four classes of felonies. The maximum sentence is five years; the minimum is one year.