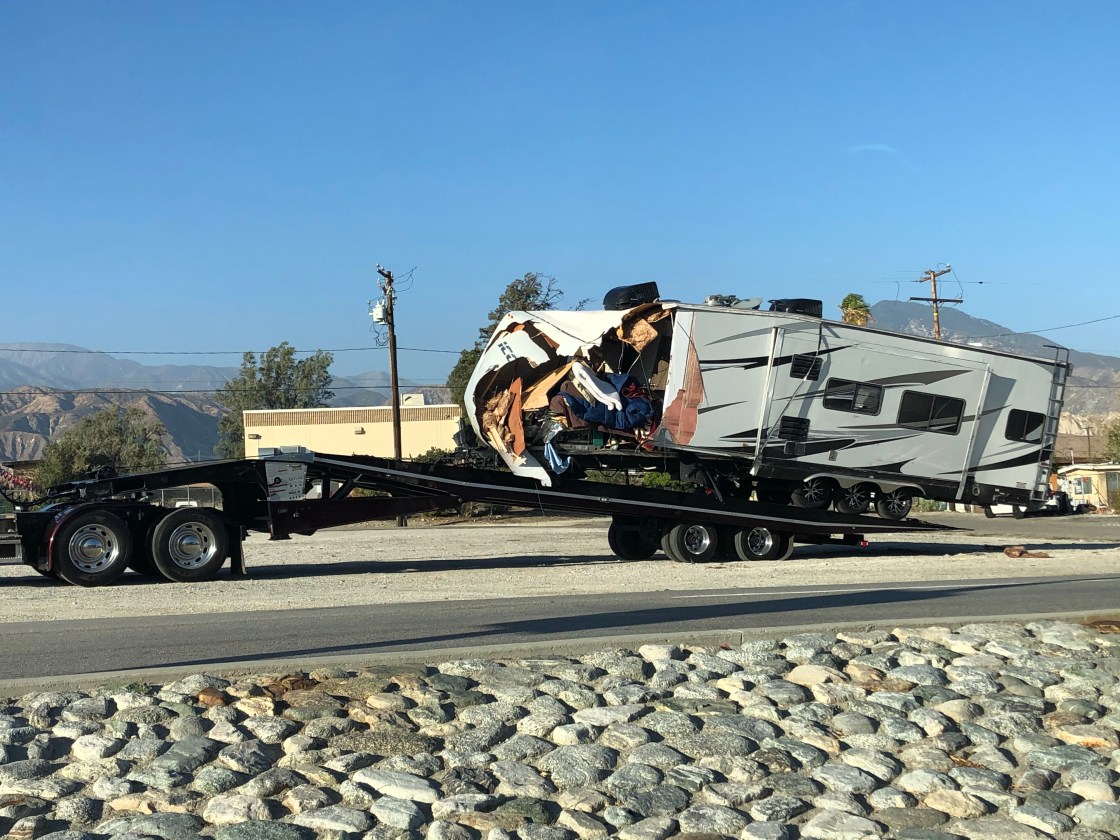 WHITEWATER (CNS) – A large pickup and an RV collided Friday on Interstate 10 west of Whitewater, temporarily blocking three lanes on one side of the freeway and snarling traffic.

No one was injured in the crash, which happened about 12:40 p.m. on eastbound I-10, near the Morongo Indian Reservation, according to the California Highway Patrol. The triple-axle pickup and the RV collided in the middle of eastbound lanes, though the circumstances were not immediately clear.

Riverside County Fire Department and Morongo Indian Reservation crews were sent to the location and found one of the damaged vehicles leaking fuel from a ruptured tank.

The crash blocked three of the artery’s four lanes until about 3 p.m., when all lanes were reported to be open again, according to CHP Officer Kenneth Phillips.

Phillips said the miles-long traffic backlog extended beyond the entrance to a separated eastbound crossover lane associated with a Caltrans construction project in Banning.