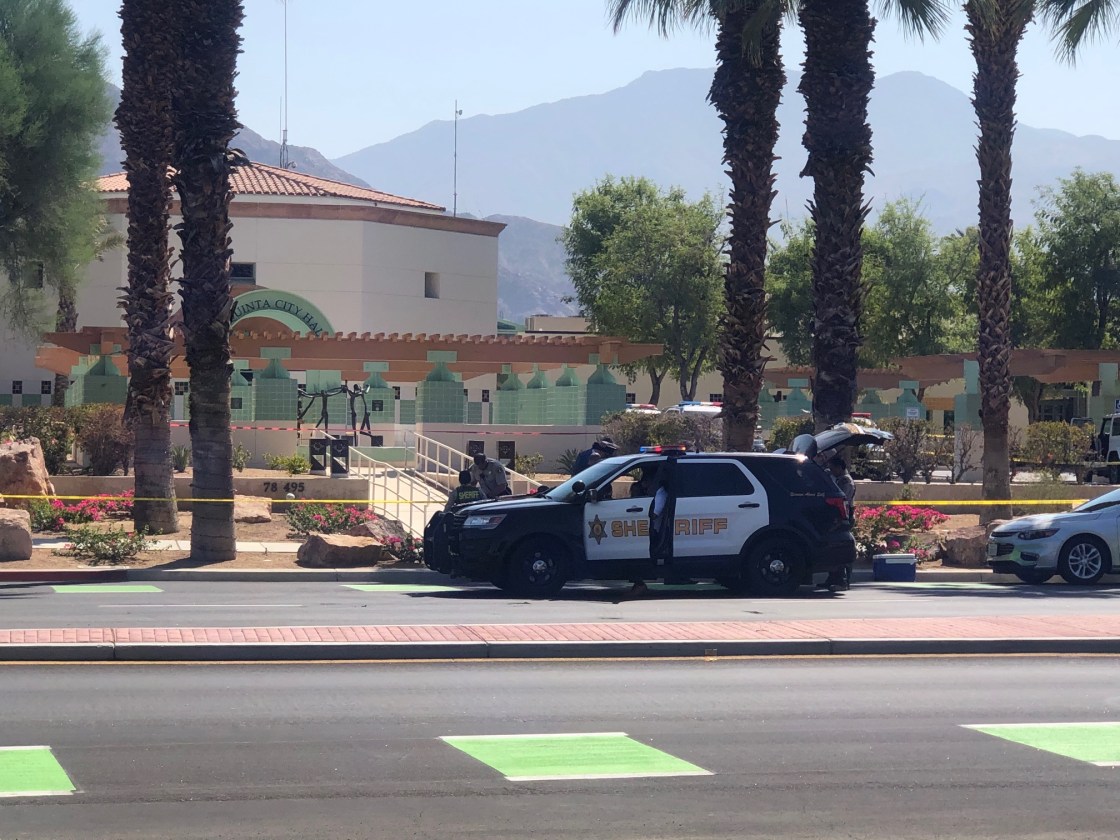 The Riverside County Sheriff’s Department released body camera of an officer involved shooting that happened outside La Quinta City Hall in September. The shooting happened just outside the sheriff’s substation.

Deputies ask the man several times to drop the weapon.

The man refuses and points the rifle at one of the deputies, that’s when shots are fired. It’s unclear if one or both deputies fire at the man.

The deputies run to help the man and call for medical help. The man pleads with the deputy to end his life.

The deputy says no.

The suspect, now identified as 65-year-old Randy Fedorchuck of La Quinta, was transferred to a local hospital where he died.

Before the shooting, there was a 911 call:

Sheriff’s Dispatcher: Okay how can I help you, what’s your emergency?

We now know, that caller was Fedorchuck himself.

Dr. Glen Haas, president and CEO of Operant Learning Systems, a retired law enforcement commander, with over three decades of experience, who now teaches use of force, de escalation and reviews cases for police departments across the country watched the video of the shooting.

“They confronted the person to stop an attack potentially at city hall, they gave commands, they gave more than one command, the fact that he was holding the rifle up and aimed at a deputy I think actually they showed tremendous patience there … when the shooting occurred they provided care they asked for medical, they still treated the person with respect including telling the person that they didn’t want to kill him,” describes Haas.

He says after reviewing the footage it’s clear, “Unfortunately this is somebody who seemed to want to end his life that day but he didn’t want to do it in his own hand and so he actually created a situation where somebody else would do it for him.”

But in that moment officers only see an armed man in a public place.

“You have literally dozens if not hundreds of potential victims there so they have to intercede and act,” says Haas.

He says unlike T.V. police dramas, the reality is not every situation can be de escalated, “When they’re presented with a threat that’s immediate that if they don’t act will end up in the injury or death of a citizen or of themselves you don’t have any time to de escalate.”

Before the shooting happened deputies watched Fedorchuk through a window and make a conscience decision to step in harms way.

“That’s why they are there to protect people,” says Haas, adding it was a miracle, they or no other people were hurt.

He says he usually analyzes stacks of reports, but in this case the video tells the story, and judging just from the video alone, the deputies’ response was professional, “I don’t know that they could have done anything differently.”

But adds it doesn’t make it any less tragic, “Sadly the man lost his life, but he created the situation, and sadly the deputies are going to have this in their lives forever, plus the man’s family, it’s a tragedy that didn’t have to happen.”

Sheriff Chad Bianco says his department takes use of force very seriously and several investigations are being conducted by his department and independently by the district attorney’s office.