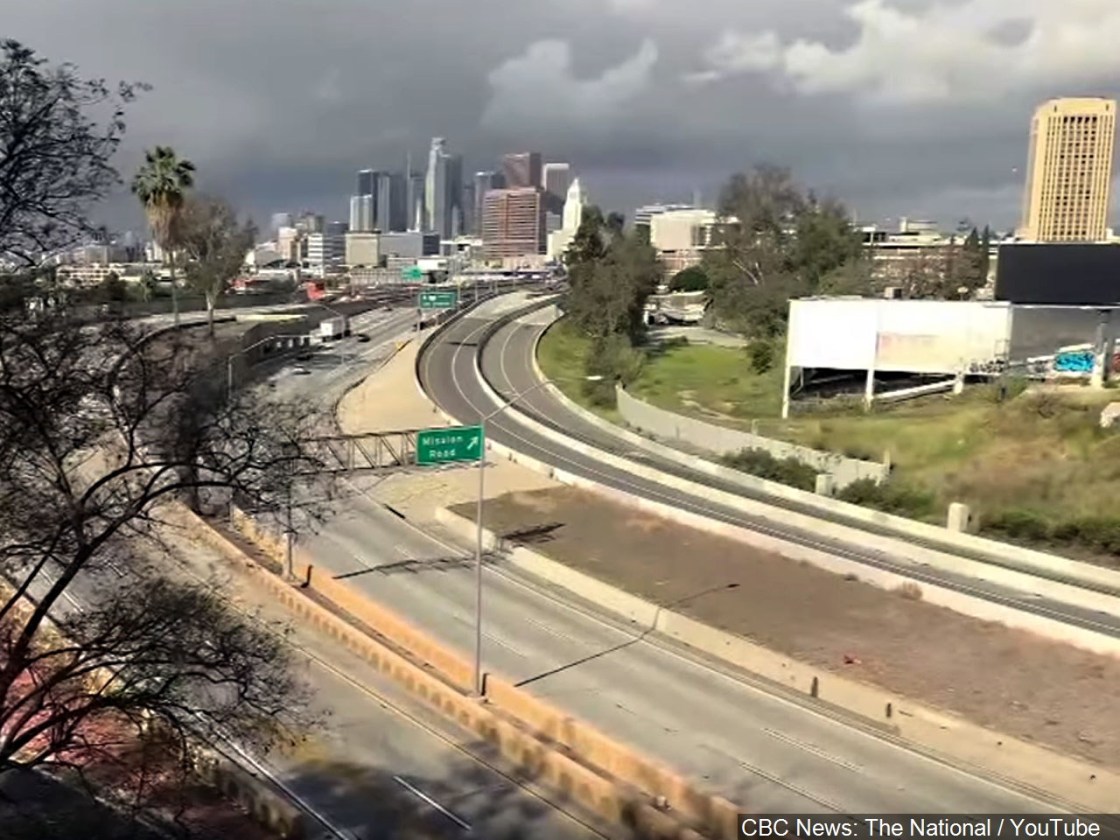 Exactly what that order will look like was unclear, pending a discussion expected Tuesday between health officials and the county Board of Supervisors. Health officials said last week the order would generally allow only essential and emergency workers and those securing essential services to leave their homes. But county Public Health Director Barbara Ferrer said Tuesday the specifics still need to be ironed out with the board.

“I know for sure we’re not going back to all of the restrictions that were in place in the original Safer At Home order (issued at the beginning of the pandemic),” Ferrer said. “For one thing, we’ve learned a lot more. We have much more capacity on testing now, which allows us to do a better job quickly identifying people who are positive. And to everyone’s credit, this is a county that when we had a surge before was able to, in fact, get back to slowing the spread.

“It did require us making some decisions about closing some sectors, but i think again this will be a conversation with the board,” she said. “And, you know, (I) appreciate that we have five supervisors. … We’ve been working together since March and appreciate that this is something that will require deliberation and conversation so that we actually can mark a path forward.”

According to thresholds announced last week, a renewed Safer-At-Home order would be implemented if the county’s five-day average of new cases topped 4,500, or if hospitalizations topped 2,000. The order would last for at least three weeks.

Ferrer on Monday announced 6,124 new confirmed COVID-19 cases, by far the highest single-day number reported during the pandemic. Although about 1,500 of those cases are the result of a backlog in reporting from Sunday, the number was enough to put the county over the 4,500-case daily average to trigger a new “targeted” Safer At Home order, Ferrer said.

On Sunday, the county reached a 4,000 five-day daily average of cases, which was the previously announced threshold to cut off in-person dining at restaurants, wineries and breweries as of 10 p.m. Wednesday, continuing for three weeks.

Although the Board of Supervisors signed off on the thresholds last week and the possibility of ending in-person dining and potentially issuing a new Safer At Home order, Supervisor Kathryn Barger announced Monday morning that she plans to formally oppose the elimination of in-person dining. She cited estimates by the Los Angeles Economic Development Corporation that approximately 700,000 food industry jobs could be lost, with 75% of those losses affecting workers earning $50,000 or less.

“These proposed measures by the Department of Public Health will further devastate local businesses and employees who have been asked to shoulder an unfair burden this year,” Barger said in a statement.

Barger said only 10-15% of positive COVID-19 cases are related to dining out with someone who tested positive, while more than half are connected to private social gatherings. Closing outdoor dining — where compliance with health orders is high — could also create the unintended consequence of prompting more private gatherings, she said.

“Businesses have made incredible sacrifices to align with safety protocols to remain open in order to pay their bills and feed their families,” Barger said. “Increased case counts are not coming from businesses reopening, but from large gatherings where people aren’t wearing masks. We aren’t helpless in slowing the spread of COVID-19 and can protect ourselves and our neighbors by maintaining physical distancing and wearing face coverings.”

One other board member, Janice Hahn, expressed concern about the in- person dining ban Sunday night.

“While I know our case counts are growing rapidly, I would have rather discussed this measure openly during our Board of Supervisors meeting so that the public could understand the rationale behind it,” Hahn wrote on her Twitter page. “Some of these restaurants are barely hanging on. I hope this isn’t the last nail in their coffins. I wish we could have figured out a way to put in more restrictions rather than completely shutting down dining.”

Ferrer insisted in her Monday media briefing that the board was fully apprised last week of the planned restrictions, including the end to in-person dining, and the county publicly announced the plans in a news release issued last Tuesday.

Supervisor Sheila Kuehl echoed that sentiment, telling City News Service the board was in full agreement last Tuesday about the ban.

“All five of us agreed,” Kuehl said. “So I was surprised to hear that Kathryn (Barger) had taken it upon herself to individually express opposition. I don’t see any support for that position anywhere and certainly, I don’t support it.

“Outdoor dining is probably more dangerous in terms of contagion than any other kind of business,” Kuehl said. “People sit for hours with no masks on” and while they may be distant from other tables, they are in close proximity to servers and patrons walking by.

Whether the board will look to undo the planned health restrictions on Tuesday remained a mystery.

“The Board of Supervisors will make their own decisions tomorrow (Tuesday) and anything is always possible,” Ferrer said. “They’re elected and in fact they can make a lot of different decisions as a board.”

The number of people hospitalized rose to 1,473, up from 1,401 on Sunday. That’s more than double the daily number in the beginning of October, when it was under 700.

On Friday, the county implemented other restrictions that:

— mandated advance appointments for customers at personal-care businesses and barred services that require customers to remove their face masks; and

— restricted outdoor gatherings to no more than 15 people from a maximum of three households.

The county previously issued guidance limiting gatherings to three households, but there was no numerical limit on attendees.

The state on Saturday night imposed a soft curfew, barring “nonessential work, movement and gatherings” between 10 p.m. and 5 a.m., continuing until the morning of Dec. 21. Dr. Mark Ghaly, California’s Health and Human Services secretary, said the state’s order was not a hard curfew, indicating that people can still go outside of their homes, but they just shouldn’t gather with others.

Asked about how restrictions will be enforced — in light of Southern California sheriffs stating they won’t be actively cracking down on health- order violations — Ferrer said last week the county isn’t relying on law enforcement, but rather hoping residents will take the urgency to heart to prevent local hospitals from being overrun.

Ferrer also noted that the surge in cases is not just the result of increased testing. She said the county’s rising rate of positive tests shows that the virus is spreading more rapidly. The county’s seven-day average daily positivity rate among those tested for the virus was 3.9% on Nov. 1, but it rose to 5.1% by Nov. 8 and stood at 7.1%. as of Saturday.