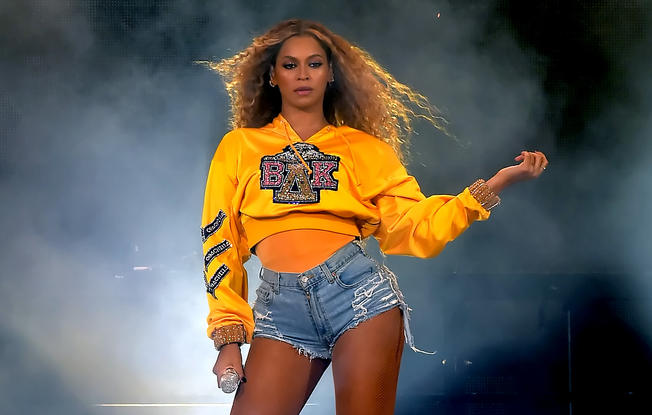 Beyonce was left out of the other top Grammy category of album of the year. Nominations for that honor went to Jhene Aiko for “Chilombo,” Black Pumas for “Black Pumas (Deluxe Edition),” Coldplay for “Everyday Life,” Jacob Collier for “Djesse Vol. 3,” Haim for “Women in Music Pt. III,” Dua Lipa for “Future Nostalgia,” Post Malone for “Hollywood’s Bleeding” and Taylor Swift for “Folklore.”

Billie Eilish, who swept the top four Grammy categories last year — album, record and song of the year and best new artist — is back in the song and record categories for her hit “Everything I Wanted.”

Eilish and Beyonce will compete for record of the year honors with Black Pumas for “Colors,” DaBaby and Roddy Ricch for “Rockstar,” Doja Cat for “Say So,” Dua Lipa for “Don’t Start Now,” Post Malone for “Circles” and Megan Thee Stallion and Beyonce for “Savage.”

For song of the year, an honor that goes to the songwriter, nominations went to Beyonce’s “Black Parade,” Roddy Ricch’s “The Box,” Swift’s “Cardigan,” Post Malone’s “Circles,” Dua Lipa’s “Don’t Start Now,” Eilish’s “Everything I Wanted,” H.E.R.’s “I Can’t Breathe” and JP Saxe and Julia Michaels’ “If the World Was Ending.”

The Grammys will be presented Jan. 31 at Staples Center in downtown Los Angeles, although the format of the show remains uncertain due to the continuing COVID-19 pandemic. The nominations were announced in a virtual format Tuesday morning, with performers Megan Thee Stallion, Imogen Heap and Pepe Aguilar among those taking part remotely from across the globe. Television personalities Sharon Osbourne and Gayle King also joined Recording Academy President/CEO Harvey Mason Jr. in making the announcement.

Trevor Noah of “The Daily Show” was announced Tuesday morning as the host of the Grammy ceremony, which will air on CBS.

“Despite the fact that I am extremely disappointed that the Grammys have refused to have me sing or be nominated for best pop album, I am thrilled to be hosting this auspicious event,” Noah said. “I think as a one-time Grammy nominee, I am the best person to provide a shoulder to all the amazing artists who do not win on the night because I too know the pain of not winning the award! This is a metaphorical shoulder, I’m not trying to catch Corona. See you at the 63rd Grammys.”

It will be Noah’s first time hosting the awards show.