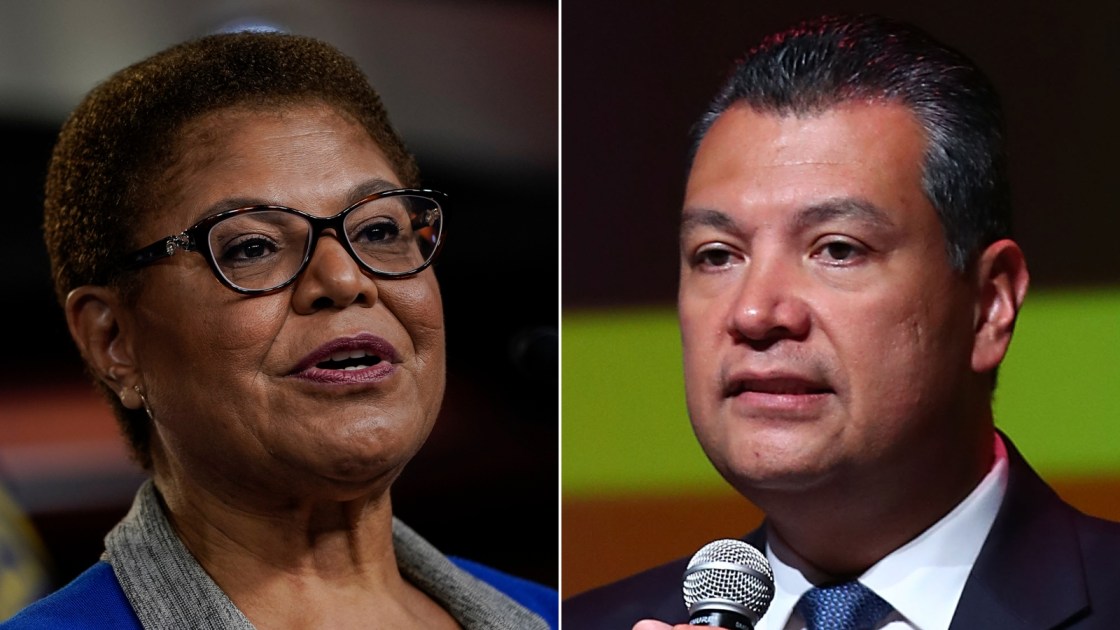 (CNN) — A cross-country lobbying campaign for Vice President-elect Kamala Harris‘ Senate seat has pitted factions divided by race, gender and geography against one another and heightened internal tensions within at least one influential caucus on Capitol Hill.

Prominent African Americans officials would like California Gov. Gavin Newsom to pick Reps. Karen Bass or Barbara Lee to replace Harris, the only Black woman serving in the Senate. But many Latinos, who comprise a plurality of Californians, want Newsom to choose the first Latino or Latina senator in the state’s history, such as California Secretary of State Alex Padilla, Long Beach Mayor Robert Garcia or state Attorney General Xavier Becerra.

The jockeying among various groups to promote their preferred candidates has already led to a tense fight within the Congressional Hispanic Caucus, as some members privately criticized what they viewed as heavy-handed tactics in its political arm’s endorsement of Padilla, several sources involved in the dispute told CNN.

Power players in the state said they were happy that California has such a deep, diverse bench of Democratic leaders. When asked if a consensus shortlist has emerged, Andrew Byrnes, a major Democratic bundler in California, joked, “It just depends on what you mean by ‘short.'”

But there will be a void with Harris’ departure, Bass told CNN.

“There is a concern that there’s not going to be an African American woman in the Senate,” the five-term congresswoman said. “And that is a concern of a lot of individuals and organizations across the country.”

But Padilla told CNN that the state’s first Latino senator would be “a historic milestone,” and said that California’s “rich diversity” is surely “one of the many considerations the governor is pondering as he makes this decision.”

“A lot of people are excited about a potential first,” he said.

A defining moment for Newsom

The looming decision comes at a pivotal moment for Newsom, as he confronts health, economic, housing and climate crises, as well as his own political future. The governor is known for his pizazz in both his political career and personal life, and his groundbreaking moves — from 2004, when shortly after he became mayor of San Francisco he ordered the city clerk to begin issuing marriage licenses to same-sex couples, to 2019, when he issued a moratorium on the death penalty as a first-term governor. A spokesman for Newsom declined to comment for this story.

Newsom, who has the power to appoint himself, is up for reelection in 2022, when his appointed senator would also have to run for a full, six-year term. He currently faces a series of political challenges in his state, including rampant homelessness, forest fires and power outages, in addition to the crippling Covid-19 crisis. The pandemic has infected more than 1.1 million Californians and led to the loss of over 2.6 million jobs in March and April, nearly 44% of which have come back. On top of it all, he recently made embarrassing headlines for attending a gathering at the famous French Laundry restaurant in the middle of the pandemic.

But his pick for Senate could solidify his support among crucial constituencies. Steve Westly, a top Biden bundler and former state controller of California, said it’s “highly likely” Newsom will choose a person of color, and praised Padilla, Lee, Bass and Rep. Ro Khanna by name.

Padilla, 47, is “on the top of most lists,” Westly said. A Massachusetts Institute of Technology mechanical engineering graduate, he worked 25 years ago as an aide to Sen. Dianne Feinstein and then-Assemblymember, now-Rep. Tony Cárdenas. Padilla then served as Los Angeles City Council president during the September 11, 2001, attacks, and as a California state senator focused on combating climate change and broadband access.

Padilla told CNN he was “honored to be under consideration.” He touted his work as secretary of state expanding the number of registered voters while keeping the process secure amid a pandemic. For the first time, California sent mail-in ballots to over 22 million registered voters, more than the population of Florida, leading to record turnout. If chosen, Padilla would likely help Newsom appeal to Latinos, who comprise 30% of the state’s voters.

There are a number of other factors for Newsom to consider, including giving Southern California — which has been shut out of the Senate for decades — increased political clout.

Bass, the chair of the Congressional Black Caucus, was the first African American woman elected as California State Assembly speaker. She told CNN that she is weighing what opportunities she thinks she could have in the Senate and the Biden administration, including leadership positions regarding foreign policy, housing and Health and Human Services.

Melina Abdullah, a co-founder of the Los Angeles chapter of Black Lives Matter, said that the governor should pick Bass or Lee. She said that while she understands the argument that it is time for the state’s first Latino senator, “We also need to understand the current place that we’re in.”

“We are at a time when Black Lives Matter has been named the largest racial and social justice movement in global history, and Kamala Harris, or having a Black woman in the US Senate, is important beyond California,” said Abdullah.

Some liberal activists are pushing for other women like Rep. Katie Porter, who has raised more money in her first term than almost every other House member, state Senate President pro Tempore Toni Atkins — the first woman and the first openly LGBTQ person to lead the legislature’s upper house — and Lt. Gov. Eleni Kounalakis, the first woman elected to her position. Other progressives, as well as Indian Americans, are pushing for Khanna, whose parents immigrated to the US from India, to follow Harris, the first South Asian American senator in US history. “The community can also continue to take pride if Ro is selected,” said Indian American entrepreneur Ajay Jain Bhutoria.

Battle breaks out within Hispanic caucus

The private influence campaign has bruised some relationships among Democratic allies.

The Congressional Hispanic Caucus’ political arm, which is known as BOLD PAC and led by Cárdenas, has endorsed Padilla, after a process that angered several members for moving too quickly and without adequate consultation, according to multiple sources familiar with the discussion.

Rep. Linda Sánchez, a California Democrat, was particularly frustrated by how Cárdenas pushed through the group’s influential endorsement, the sources said. Sánchez told CNN that she wouldn’t comment on “internal procedures” but “would like to see a Latina or Latino from the Southern half of the state” chosen, adding there are “many well-qualified Latinx candidates” including Padilla for the Senate appointment.

Another source familiar with the matter said, “BOLD PAC put forward a name without discussing it and having a vetting process first.”

“Secretary of State Alex Padilla’s long record, history of public service and his work to protect the vote in what was the most consequential election cycle of our generation, made him the overwhelming favorite and the caucus proudly voted to endorse him,” she added.

For Cárdenas, the flap could impact his bid to chair the Democratic Congressional Campaign Committee, the House Democrats’ campaign arm. Both Sanchez and another Hispanic Caucus member, Texas Rep. Veronica Escobar, are among those whipping Democrats to support New York Rep. Sean Patrick Maloney, Cárdenas’ main rival for the DCCC post.

Sánchez said Maloney asked for her support “early on and I gave him my word—something I don’t go back on.” She said he “has the depth of experience to remake the DCCC, and he’s personally committed to me that he will make the Latino vote a priority.”

But Padilla is not the only Latino candidate floated in California’s political circles. Garcia, Long Beach’s first openly gay mayor, lost both of his parents to Covid-19 complications and spoke at the Democratic National Convention this year in support of Biden’s presidential nomination. And Becerra, a former congressman who rose to Democratic leadership, has sparred for the past four years with the Trump administration, filing over 100 lawsuits on a range of issues from the environment to immigration to the census.

“Governor Newsom is a history maker and I look forward to supporting whoever he selects,” Garcia said in a statement.

“Governor Newsom has had more than his share of tough calls to make,” Becerra said in a statement. “I have no doubt that his choice to serve as California’s junior Senator will be the right one for our state.”