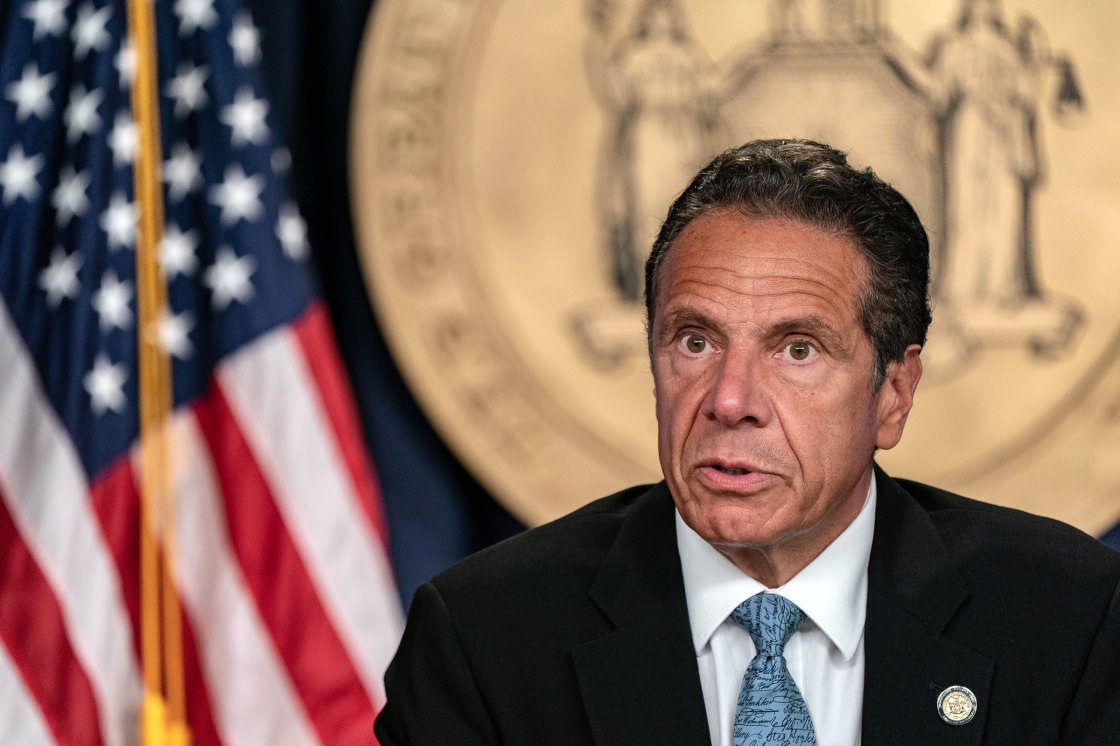 (CNN) — New York Gov. Andrew Cuomo canceled his Thanksgiving plans after facing criticism for planning to have a holiday meal with his mother amid escalating numbers of Covid-19 cases.

On Monday, Cuomo told WAMC’s radio host Alan Chartock that his 89-year-old mother, Matilda Cuomo, was planning on traveling to join him in Albany, along with two of his daughters, for the holiday.

“My mom is gonna come up and two of my girls, is the current plan,” Cuomo said.

“But the plans change,” he cautioned. “I have a lot of work to do between now and Thanksgiving.”

Later in the interview — as well as during his news conference earlier in the day — Cuomo warned New Yorkers who plan on holding Thanksgiving celebrations as usual that it was dangerous given that the virus can spread in large indoor gatherings. He previously signed an executive order limiting private indoor gatherings to a max of 10 people.

“This is not a normal Thanksgiving, despite the commercialization,” Cuomo, a Democrat, said Monday.

Health experts have warned against holding large, lengthy, indoor gatherings this Thanksgiving amid a renewed surge of coronavirus cases. The CDC recommended against traveling for the holiday and has said that gatherings that are shorter, smaller, outdoors and properly spaced pose less of a risk for spreading the virus.

Cuomo’s apparent dissonance caught the ire of some on Twitter, including Rep. Elise Stefanik of New York, who called the governor “hypocritical.”

California Gov. Gavin Newsom, a Democrat, has similarly faced criticism for attending a lobbyist’s birthday party earlier this month in a large group with no one wearing masks. He later apologized and said he made a mistake.

Cuomo’s senior adviser Rich Azzopardi told CNN on Tuesday that the governor’s plans had changed and he would not be seeing his family for the holiday.

“Given the current circumstances with Covid, he will have to work through Thanksgiving and will not be seeing them,” Azzopardi said.

Cuomo spent a good amount of time addressing his own family’s sadness and frustration over Thanksgiving during his Tuesday news conference, saying that he had explained to his mother multiple times why it was not safe to travel for the holiday.

“I didn’t want to disappoint my mother,” Cuomo said. “Eighty-nine years old, she’s thinking, ‘How many Thanksgivings do I get?'”

One of his daughters, who lives in Chicago, also had planned to visit for Thanksgiving, resulting in a tearful phone call where they debated how to travel safely during the pandemic but ultimately decided she should stay home.

Cuomo said instead he will be thankful for the essential workers and frontline workers who sacrificed to get New Yorkers through Covid.

“This is a special Thanksgiving. This is more special than the other Thanksgivings, because this is truly about giving thanks and honoring people who sacrificed for us this past year,” Cuomo said. “I give thanks to all those essential workers who showed up for work every day. So we could stay home safely.”