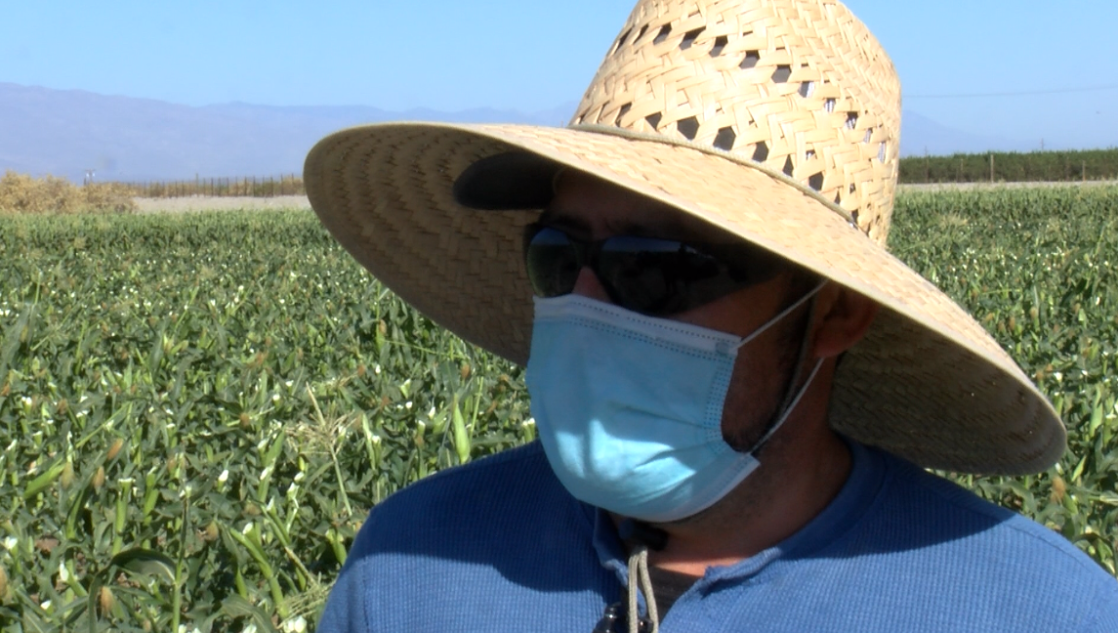 Remembering our farmworkers during Thanksgiving

It started as a simple prompt on twitter from United Farm Workers.

“Tell us your favorite Thanksgiving dish, we’ll share what we know about the worker behind the ingredients.”

Then it quickly grew into a thread that was viewed nearly 3 million times. Americans from all over reminiscing about old family recipes, then coming face to face with the worker that may have provided them the ingredients. A reminder of the labor that goes into a feast like Thanksgiving.

“There has to be that appreciation for fieldworkers, these essential workers that never stop working. They work everyday,” said Josue Castillo, a young farmer who works at a bell pepper field in Mecca.

While many Americans take the Thanksgiving holiday to be with the family, farmers continue working out in the fields.

“I hope many keep us in their prayers today, so we can continue harvesting and providing food for our nation,” said Vidal Galvez, a farmer who works at the same bell pepper fields in Mecca.

Especially in the middle of a pandemic, where they are risking their lives and their families, field workers are harvesting.

“On this Thanksgiving Day I’m praying for those who we have lost during this terrible time and the families who are suffering without them,” said Galvez.

Even young adults are working in the fields, not by choice but because of the harsh economic reality–unemployment running out and little help from the federal government.

“I barely came back because I was in the process of going to school, but I decided to come here instead,” said Castillo.

Even local activists, like ‘Lideres Campesinas’ are reminding the community in the valley.

“Think about our farmworkers who on a daily basis, known as essential workers should be given thanks for making sure that we have food on our tables,” said Milly Trevino, who has been part of the organization for more than 10-years and continues fighting for the rights of farmworkers.