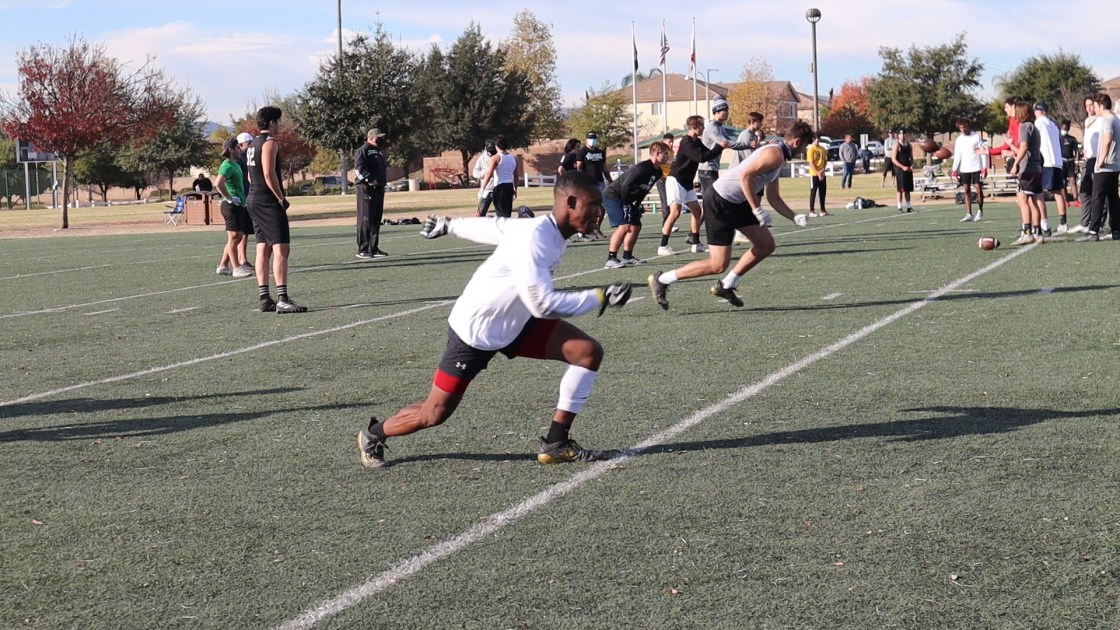 CORRECTION 12/6/20: The first publication of this article stated that “CIF had given their blessing for student-athletes to participate in this league”, that statement was NOT given to NBC Palm Springs by anyone at the CIF or CIF-SS offices. Executive Director of CIF, Ron Nocetti reached out to NBC Palm Springs with this statement: “Our organization was not contacted about such a statement and it is not in our authority to even give such a blessing with the current CDPH guidance in place which does not allow for youth sports competition.”

For all high school-related sports, high school student-athletes are allowed to participate in club sports, which are usually travel-based, highly competitive, and cost money. Youth club programs are also where college recruiters go to seek new talent, nowadays it is very rare for colleges to scout athletes at their own high school events.

One team apart of the WCCL has formed here in Riverside County, the Southwestern Warriors. The Warriors held tryouts today and plan to add 45 athletes to their roster who are coming from all over Riverside County to play football.

The Head Coach of the Southwestern Warriors is Dave Atencio. Atencio is currently apart of the coaching staff at Rancho Verde High School in Moreno Valley. In 2019 Atencio was the wide receivers coach at Temecula Valley High School when the Golden Bears won the Division 7 CIF-SS Championship.

Coach Atencio explains why playing football is so important for student-athletes who are trying to make it to the next level.

The best way student-athletes showcase themselves to college coaches is to send them film of their season game highlights. Abe Flores Jr. is a senior at Temecula Valley high school, and he says that even if you are a graduating senior in 2021, film from your junior season may not be enough to grab a college coaches’ attention.

“I’m here today to show my skills on the football field, trying to get some more film out to send to college coaches, so I can get recruited. Right now I’m still sending them film from a year ago, and so it’s tough. You know, coaches don’t want to see the same film over and over again. So I need something new to put out there.”

Jordan Reed is a senior from Central Union high school, he drove all the way from El Centro, California to take advantage of this opportunity.

“We had a two and a half-hour drive and I had to wake up at about 4 am this morning, I got hardly any sleep but got to do, what you got to do. You have to put in the work, (to) get a college education, go to the next level, this is the way to go.”

The WCCL has even caught the eyes of Netflix, who are producing a docuseries on the Winners Circle Champions League. Netflix has also purchased two plots of land in riverside county, and are funding to build football fields so that this league can have a place to play.

NBC Palm Springs will be following the southwestern warriors and all the teams here in Riverside County.