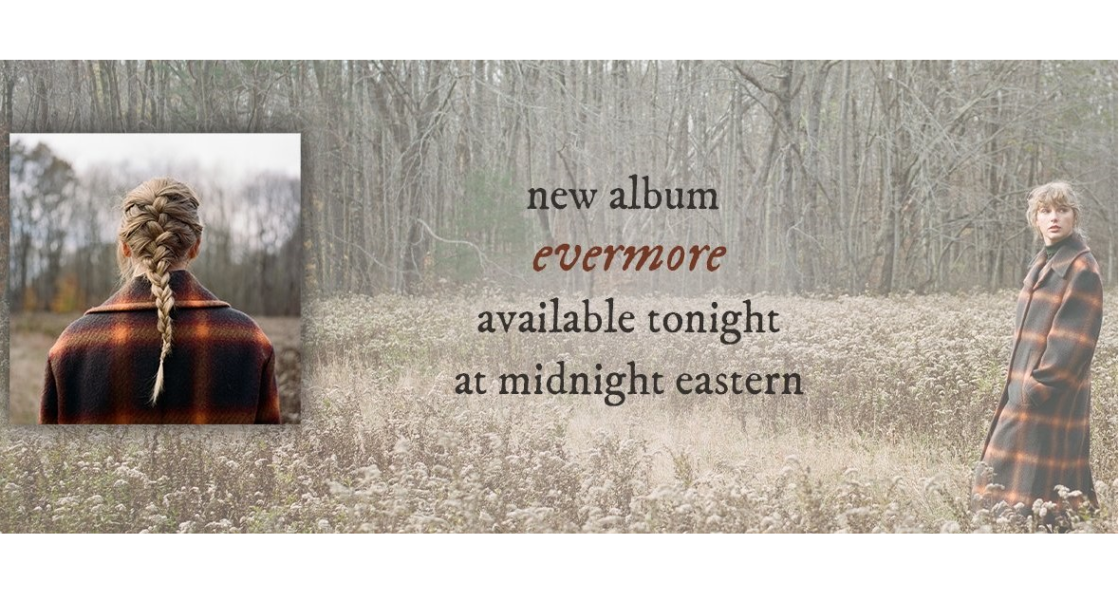 (CNN) — It’s the holiday season and Taylor Swift has a gift.

The singer announced Thursday that she was dropping her ninth studio album.

She shared the news via her verified social media.

“I’m elated to tell you that my 9th studio album, and folklore’s sister record, will be out tonight at midnight eastern,” she tweeted. “It’s called evermore.”

I’m elated to tell you that my 9th studio album, and folklore’s sister record, will be out tonight at midnight eastern. It’s called evermore.
📷: Beth Garrabrant pic.twitter.com/xdej7AzJRW

“Folklore” dropped this summer to both critical and commercial success.

According to Swift, “To put it plainly, we just couldn’t stop writing songs.”

“To try and put it more poetically, it feels like we were standing on the edge of the folklorian woods and had a choice: to turn and go back or to travel further into the forest of this music,” she tweeted “We chose to wander deeper in.”

Swift also tweeted that the music video for her single “Willow” would also be released at midnight.

And she shared the track list for the new album, which includes a song called “Closure.”

“Ever since I was 13, I’ve been excited about turning 31 because it’s my lucky number backwards, which is why I wanted to surprise you with this now,” Swift tweeted. “You’ve all been so caring, supportive and thoughtful on my birthdays and so this time I thought I would give you something!”