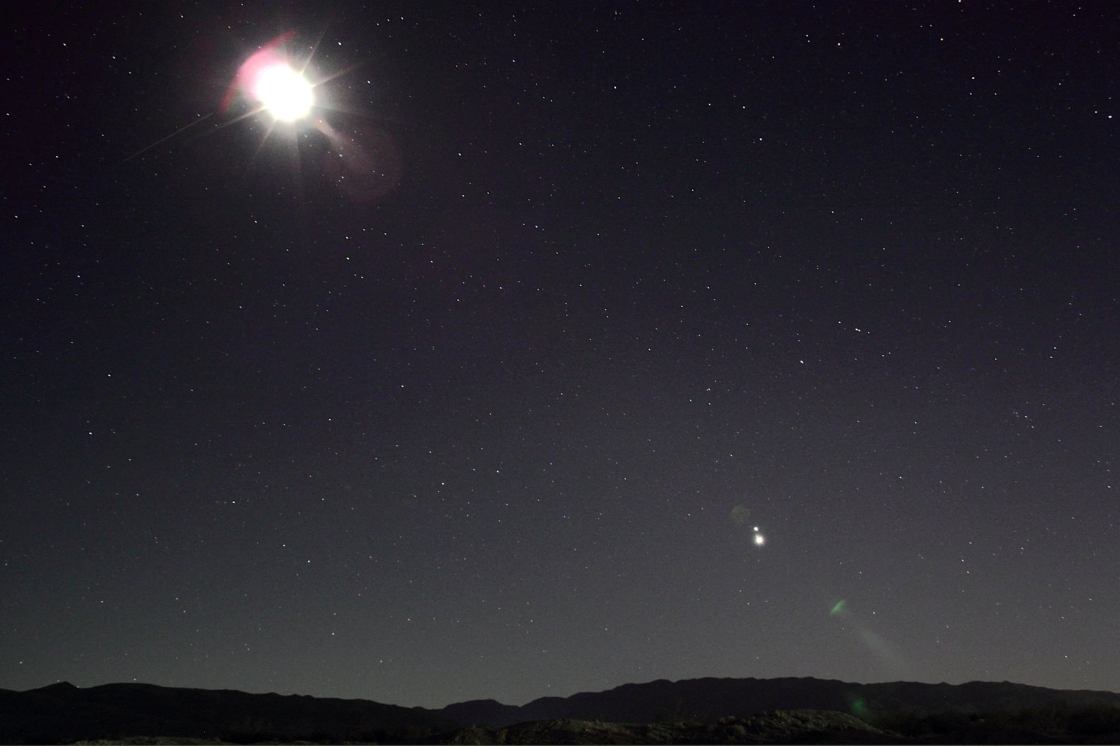 ‘Christmas Star’ lights up the sky on first night of winter

A rare celestial event lights up the night sky.

Referred to as the ‘great conjunction’ or ‘Christmas star’, it’s a bright glow caused by the close proximity between Saturn and Jupiter.

The event, involving our solar system’s two largest planets, is taking place for the first time in years, and it happens to be on the winter solstice.

“There was one back in the 1200s, and there was also another very close one that happened in the 1620s, just a few short years after Galileo first observed Jupiter and Saturn in his telescope,” said Steve Caron, an astronomer with the Twentynine Palms Astronomy Club.

“In the world of astronomy you really look forward to these special one-off events. Yes, there are planetary conjunctions every once in a while, but seldom do they get this close to each other,” said Caron.

Eric McLaughlin is the city astronomer for Rancho Mirage, he says while the planets may appear close, they’re actually over 450 million miles apart.

He also says the event is something that has been tracked for centuries, and is said to be the bright light that led the wise men in biblical times.

“The way Johannes Kepler looked at it was a bit more complicated but he did actually use partially a conjunction of Jupiter and Saturn to actually gauge the time of Jesus’s birth,” said McLaughlin.

Monday’s event will only be visible from 5 to 6:30, depending on how clear your view of the horizon is, but local astronomers are working to make sure this image is preserved for future generations.

“We want to make it a great photograph to give you that memory that people can hold on to,” said Caron.

If you missed the event, you can watch the event that was live streamed on the Rancho Mirage Observatory’s youtube page.