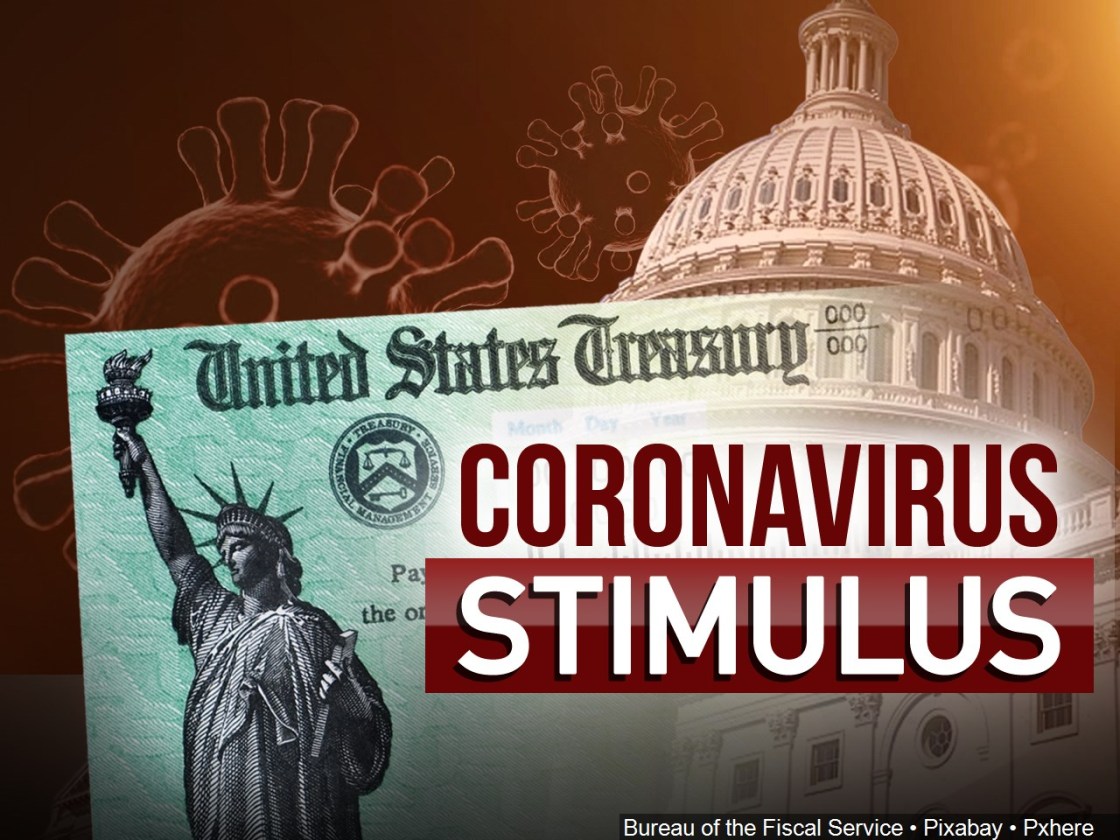 There were several changes made from a proposal put forward nearly two weeks ago by a bipartisan group of lawmakers. Direct stimulus checks were brought in at the last minute. Direct aid to states and liability protections for companies were left out.

The new bill is the second-largest federal stimulus package after the $2 trillion CARES Act that Congress approved in March.

Lawmakers passed the bill late Monday, just in time to get something done before the end of December, when several aid programs in the CARES Act are set to expire, including key pandemic jobless assistance measures and eviction protections.

The full bill text was released Monday afternoon. Here’s what’s in it:

The package would send direct stimulus payments of $600 to individuals, half the amount provided in the first round of checks, which went out in the spring.

Eligible families would receive an additional $600 per child — which is $100 more than Congress gave families in the first round of relief last spring.

The payments start phasing out for individuals with adjusted gross incomes of more than $75,000, and those making more than $99,000 would not receive anything. The income thresholds would be doubled for couples.

The amounts will be based on 2019 incomes. Those who filed their 2019 tax returns will receive their money automatically, as well as Social Security recipients and those who uploaded their bank account information using the IRS’s online portal to receive their first payments.

The jobless would receive a $300 weekly federal enhancement in benefits for 11 weeks, from the end of December through March 14 under the deal. The amount is half of the earlier federal boost, which ran out at the end of July.

Also, the agreement calls for extensions of two other pandemic unemployment programs that were created in the CARES Act in March. Both are currently set to expire at the end of this week, affecting an estimated 12 million people.

The Pandemic Unemployment Assistance program expands jobless benefits to gig workers, freelancers, independent contractors, the self-employed and certain people affected by the coronavirus. The Pandemic Emergency Unemployment Compensation program provides an additional 13 weeks of payments to those who exhaust their regular state benefits.

Both programs would close to new applicants on March 14, but continue through April 5 for existing claimants who have not yet reached the maximum of 50 weeks.

Also, the deal provides a federally funded $100 per week additional benefit to those who have at least $5,000 in annual self-employment income but are disqualified from receiving Pandemic Unemployment Assistance because they are eligible for regular state unemployment benefits.

In addition, the bill gives states the authority to waive overpayments in cases where the claimant is not at fault.

The final agreement is less generous than the original bipartisan deal that was released earlier this month. It would have provided 16 weeks of enhanced payments and pandemic benefits.

The bill would also continue full federal financing of extended benefits through mid-March, providing up to 20 additional weeks of payments depending on a state’s unemployment rate. Typically, states and the federal government split the tab. Fewer than two dozen states now offer extended benefits because of the improving economy.

The bill would reopen the Paycheck Protection Program so that some of the hardest-hit small businesses can apply for a second loan. The program stopped taking applications for the first round of loans in August.

The second loans would be limited to those with fewer than 300 employees that have seen drops of at least 25% of their revenue during the first, second or third quarter of 2020. It would also reduce the amount a borrower can receive from $10 million to $2 million, give businesses more flexibility on how they spend the money and simplify the forgiveness process for loans under $150,000.

It carves out $12 billion for minority-owned businesses. It also expands eligibility to more nonprofits as well as local newspapers, TV and radio broadcasters.

Grants for theaters and other live venues

The bill would create a $15 billion grant program for live venues, theaters and museum operators that have lost at least 25% of their revenues.

The initial grant can total up to $10 million per eligible business. A second grant, worth half the amount of the first, may also be available.

The money will be for specified expenses such as payroll costs, rent, utilities and personal protective equipment.

Funding for schools and child care

An additional $10 billion is included to support child care providers that have struggled because of the pandemic.

The bill would extend until January 31 the eviction protection set to expire at the end of the year. It also would provide $25 billion in rental assistance for individuals who lost their sources of income during the pandemic.

The deal would raise SNAP benefits by 15% for six months but would not expand eligibility. This is more generous than the original bipartisan agreement from earlier in December, which called for a four-month increase.

Democrats have advocated for augmenting the Supplemental Nutrition Assistance Program, or SNAP, as food stamps are formally known, since the pandemic began, but the provision never made it into prior relief packages.

The bill would also expand the Pandemic-EBT program to families with children under age 6 who receive food stamps, deeming them “enrolled” in child care and eligible for benefits. It now provides money to low-income families with school-age children in lieu of the free and reduced-price meals they would have received in school.

The deal also would send $400 million to food banks and food pantries through The Emergency Food Assistance Program.

It would also provide $175 million for nutrition services for seniors, such as Meals on Wheels, and $13 million for the Commodity Supplemental Food Program, which serves more than 700,000 older Americans monthly.

The agreement would provide $20 billion for the purchase of vaccines so they can be available at no charge for those who need it, as well as another $8 billion for vaccine distribution.

It also would give states $20 billion to assist with testing.

And it adds $3 billion to the $175 billion fund for hospitals and health care providers for reimbursement of health care-related expenses or lost revenue resulting from the pandemic. The original agreement would have given them another $35 billion.

Employers who are deferring their workers’ payroll taxes under Trump’s executive action from August now have until the end of 2021 to increase their employees’ withholding to pay back the taxes owed. Originally, the deferred amount had to be repaid by April 30.

Many federal workers were required to participate in this program, though their unions protested.

What’s not in the bill — state and local government funding

The final deal does not contain any direct aid to state and local governments — dropping an initial call for $160 billion in assistance as the basis for good faith negotiations.

The provision has been among the most contentious of the negotiations. House Democrats had provided $875 billion in the relief bill that passed the chamber in May to help states and local governments struggling with lower tax revenues due to the pandemic.

But Republicans have resisted allocating additional aid beyond the $150 billion provided in Congress’ $2 trillion relief bill in March, which could only be used for coronavirus-related expenses. GOP lawmakers have said they don’t want to bail out states that have mismanaged their finances.

State and local officials blasted lawmakers in recent days when it became clear that direct aid was falling by the wayside.

In addition, the agreement calls for providing $2 billion to support intercity buses.

The deal would also extend the deadline for spending down the $150 billion in coronavirus relief funds by a year. State and local governments have been racing to use all the money by the current deadline of December 30, with many providing assistance to residents.

State and local officials had also asked to be able to use some of the funding to plug budget shortfalls.