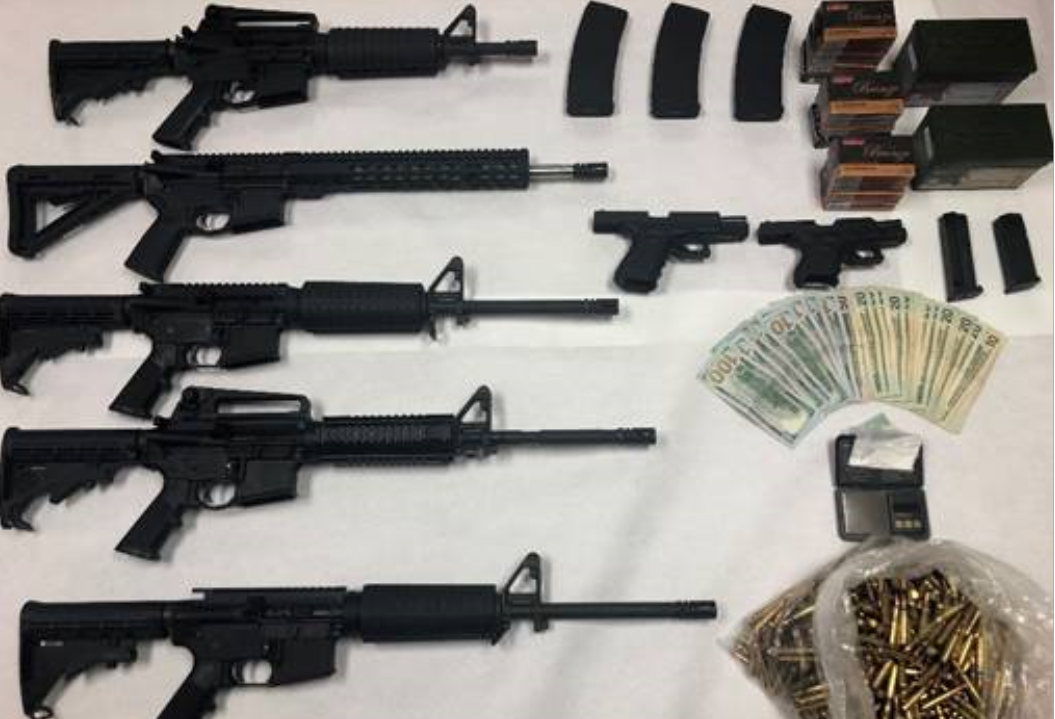 Mark Guzman Morin, 31, was booked at the John Benoit Detention Center in Indio on suspicion of possessing an assault rifle, an unregistered firearm, cocaine for sale, and other alleged crimes, according to the Riverside County Sheriff’s Department.

Sgt. Mariano Matos III said Morin was taken into custody during a search warrant execution at a home in the 85500 block of Stacie Lane.

Morin’s criminal history, if any, was not immediately available.