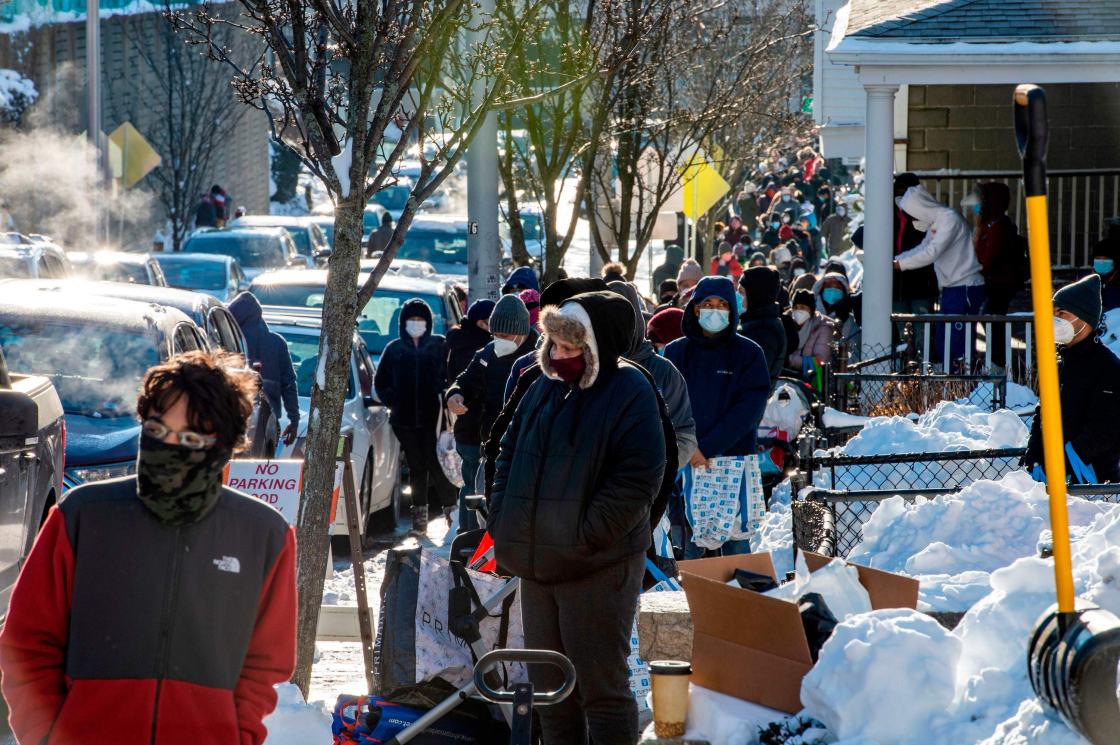 (CNN) — The nearly yearlong coronavirus pandemic has been full of gloomy numbers but Wednesday brought an encouraging one — more than 1 million people have received their first shot of a Covid-19 vaccine.

And that reported number is low, because many doses administrated in recent days have yet to be tabulated in the figures from the US Centers for Disease Control and Prevention, the agency said.

“With cases of COVID-19 continuing to surge nationwide, this achievement comes at a critical time and will help to protect those on the frontlines — our healthcare providers treating COVID-19 patients — as well as our most vulnerable: elder individuals living in nursing homes and assisted living facilities,” CDC Director Dr. Robert Redfield said.

The government has said it intends to distribute 20 million first doses of the Pfizer-BioNTech and Moderna vaccines in the coming weeks. So far, about 9.5 million doses have been distributed.

“It’s been a big week of delivery of vaccines,” Gen. Gustave Perna, chief operating officer of Operation Warp Speed, told reporters Wednesday. “Over 7,800 deliveries by the end of tomorrow, as we are delivering the 7.9 million doses of vaccine that were allocated for this week around the country — really a tremendous feat.”

Perna said about 15.5 million doses of vaccine have been allocated and another 4.5-5 million will be allotted next week.

“We’ll finish those deliveries in the first week of January,” he said.

Health officials like Dr. Anthony Fauci, long-time director of the National Institute of Allergy and Infectious Diseases, have said vaccines will help put the pandemic behind us — but most Americans, who won’t get vaccinated until next year, need to be vigilant with mask and social distancing measures for the next few months.

Thanks to coordinated efforts among the US Department of Health and Human Services and two major drugstore chains, Covid-19 vaccines have reached 238 long-term care facilities in 12 states, Perna said.

“Walgreens and CVS are being received by cheering crowds, and they’re operationalizing their efforts to make sure everybody gets the shots,” Perna said during a media briefing.

“Every week we’re just building on that as we go,” he said.

Thousands more families just lost a loved one this holiday season as the US reported its second-highest number of coronavirus deaths in one day — 3,401 on Tuesday, according to Johns Hopkins University.

And by Wednesday evening, at least 2,700 more deaths were announced.

In nine states, more people are hospitalized with Covid-19 than at any other point in this pandemic: Alabama, Arizona, Arkansas, California, Delaware, Georgia, Mississippi, New Hampshire and North Carolina, according to the Covid Tracking Project.

“We were bracing for this and hoping that we were wrong,” said Dr. Esther Choo, a professor of emergency medicine at Oregon Health & Science University.

“But every holiday has been similar. And Thanksgiving, we saw the kind of travel that happened then. And people who are hospitalized in ICUs and dying now — many of them are because of the Thanksgiving surge.”

Health experts like Choo and Fauci, say the next 10 days could spark even more infections, hospitalizations and deaths than Thanksgiving did.

“Now we have an extended holiday between Christmas and New Year’s. And according to AAA estimates, even though this year’s travel is about 30% less than last year, it still means that 84 million people are going to be traveling over the holidays,” Choo said.

“And it’s not just the travel, it’s what’s happening on the other end — where they’re traveling to — which is a lot of family-and-friend gatherings. So I think we are already bracing for the outcome of that, which will be well into the end of January, into February. … And I have no doubt it will be surge on top of surge on top of surge.”

A new strain has probably already spread in the US

Around the world, a mutated strain of the novel coronavirus is prompting concerns — including whether it’s more transmissible and whether current Covid-19 vaccines will work against it.

“I think I can be mostly reassuring,” said Dr. Francis Collins, director of the US National Institutes of Health.

“First of all, this is not a surprise. This virus is an RNA virus. RNA viruses tend to change their instruction books slowly over time, which results in these kinds of variants emerging,” he said.

“The good news is that the antibodies that these vaccines generate are quite effective in terms of attaching to multiple parts of the spike protein. And so if there’s a change in it — which is what the mutant has done — we would expect that the vaccine should still be effective against that.”

Pfizer and Moderna, makers of the two vaccines currently being deployed in the US, said they’re testing their vaccines to see if they work against the new strain, which was first detected in the UK.

Scientists advising the UK government estimated the new strain could be up to 70% more transmissible than other variants.

Peter Horby, chair of the New and Emerging Respiratory Virus Threats Advisory Group (NERVTAG), said Monday that experts “now have high confidence that this variant does have a transmission advantage” over other variants.

The UK variant doesn’t appear to cause more severe disease, and it appears that the Pfizer-BioNTech and Moderna vaccines will still be effective.

So far, the strain “has not been identified through sequencing efforts in the United States, although viruses have only been sequenced from about 51,000 of the 17 million US cases,” the CDC said Tuesday.

“Given the small fraction of US infections that have been sequenced, the variant could already be in the United States without having been detected.”

Some researchers think the strain likely arrived in the US in mid-November, and that many people in the US could already be infected with it.

“If I had to guess, I would say it’s probably in hundreds of people by now,” said Michael Worobey, head of the University of Arizona’s department of ecology and evolutionary biology.