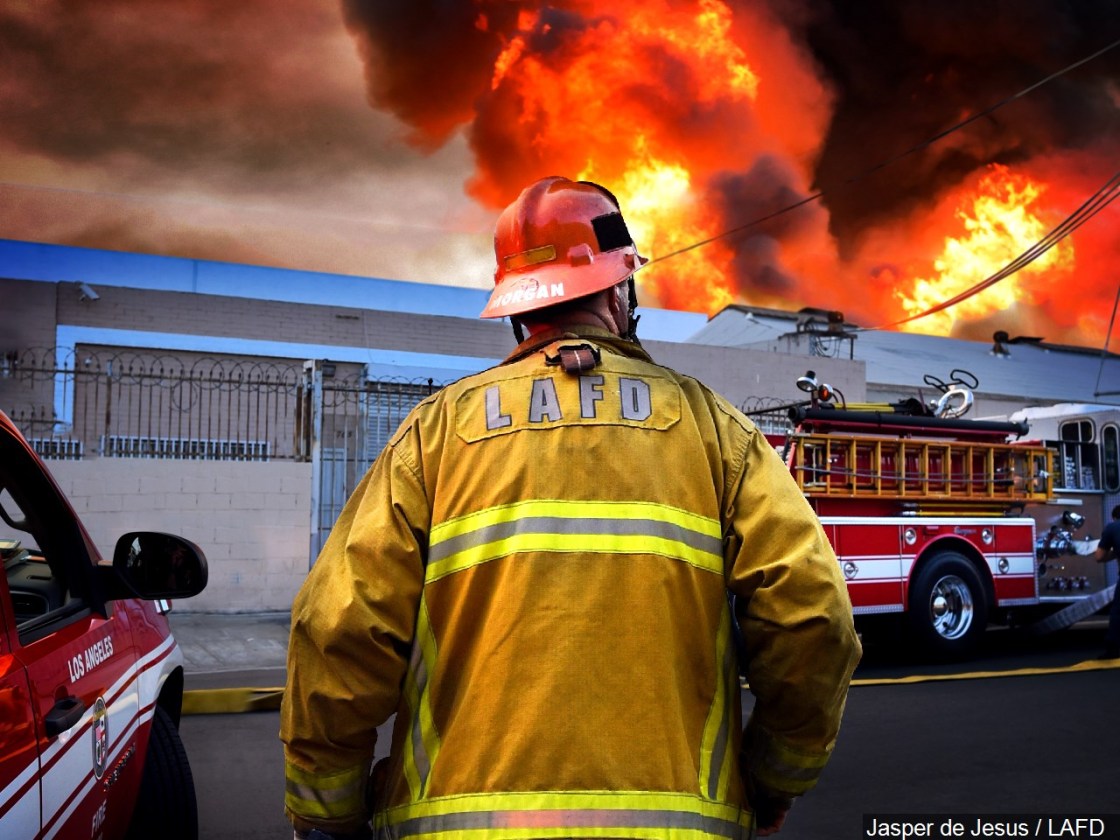 LOS ANGELES (CNS) – The Los Angeles Fire Department received 3,200 doses of the Moderna COVID-19 vaccine, allowing it to administer first doses to “virtually everybody” at the department, Mayor Eric Garcetti announced Monday as some firefighters received their vaccines.

The department received the doses on Tuesday and expects that in the next two weeks, the vaccine will be offered to all of its firefighters, LAFD Chief Ralph Terrazas said at a news conference with Garcetti at downtown Station 4, where personnel were being inoculated.

The department has 3,246 uniformed fire personnel and 353 other employees, according to its website.

In a survey of 1,400 fire department personnel, 90% of responders said they would sign up for the voluntary vaccinations, according to Garcetti, who predicted that about 90% of department employees will receive the first dose in the next two weeks.

“In a moment when we’re kicking off the long road to recovery through vaccines, this is a bright spot for us to close out the year,” Garcetti said.

“We want to make sure that those who are on the front lines exposing themselves to danger are the ones that we protect under the protocols of the vaccine first,” Garcetti said. “These are the folks who are always there for us, not just during COVID, but when any disaster strikes. Whether it’s a fire, whether it’s a medical emergency, we know that these men and women are the folks that are literally angels in our city of angels,” Garcetti said.

More than 600 LAFD firefighters have tested positive for the virus since the start of the pandemic, Terrazas said. Over a dozen of them were hospitalized, and a firefighter-paramedic, Jose Perez, died on July 25. Another 450 have recovered from the virus and returned to work.

“The post-Thanksgiving surge has also hit the LAFD with higher numbers of firefighters testing positive and forced to quarantine. But we do see the vaccine as a light at the end of a very long tunnel,” Terrazas said. “This protection will extend beyond our firefighters, it will extend it to their families, their peers, and the people of Los Angeles that we serve.”