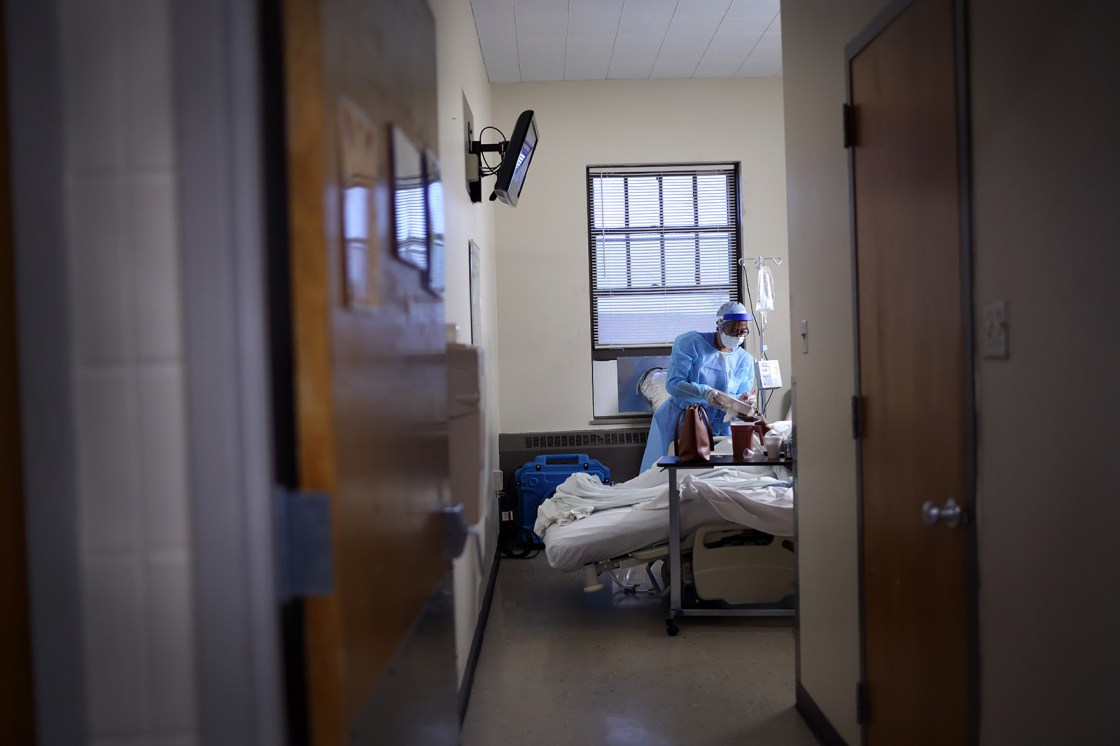 The next few weeks will be taxing for local hospitals, as county health experts expect hospitalization rates to double their current record-setting amount.

“Right now it’s a struggle really on a daily basis to make sure that we’re fully staffed. We do have some help coming in. We have some travelers coming in early next month so that will give us a little bit of help,” said Dr. Alan Williamson, Chief Medical Officer for Eisenhower Health.

The latest data for both Eisenhower and Desert Regional shows that current hospitalization numbers have shattered previous records.

But, hospital staff says they haven’t reached their breaking point.

“We may be looking to outside tent resources and things like that, not to necessarily care for those that are in an in-patient setting, but to triage those coming for other care,” said Langenwalter.

But according to Dr. Williamson, what happens after those options are exhausted is still being decided.

“At some point we’re going to have to say we can’t take anymore, but the question obviously that follows on after that is where are they going to go? Because really there’s the same issue going on in all of the hospitals in Southern California,” said Dr. Williamson.

The group says as hospitalizations rise, resources may be allocated based on need.

“Nobody wants to institute care rationing, and so we’re hopeful that we can continue to manage what we’ve got. But it’s certainly one of the options that if we get overwhelmed we may get to that point,” said Shane Reichardt, senior public information specialist for Riverside County EMS.

As potential plans are put in place, all three groups emphasized that overcoming the pandemic will be a team effort.

“So really you have to start not only with the sickest patients, but you have to look at are they in the right bed the right place and is there other places in the community where we can band together and help care for everyone?” said Langenwalter.