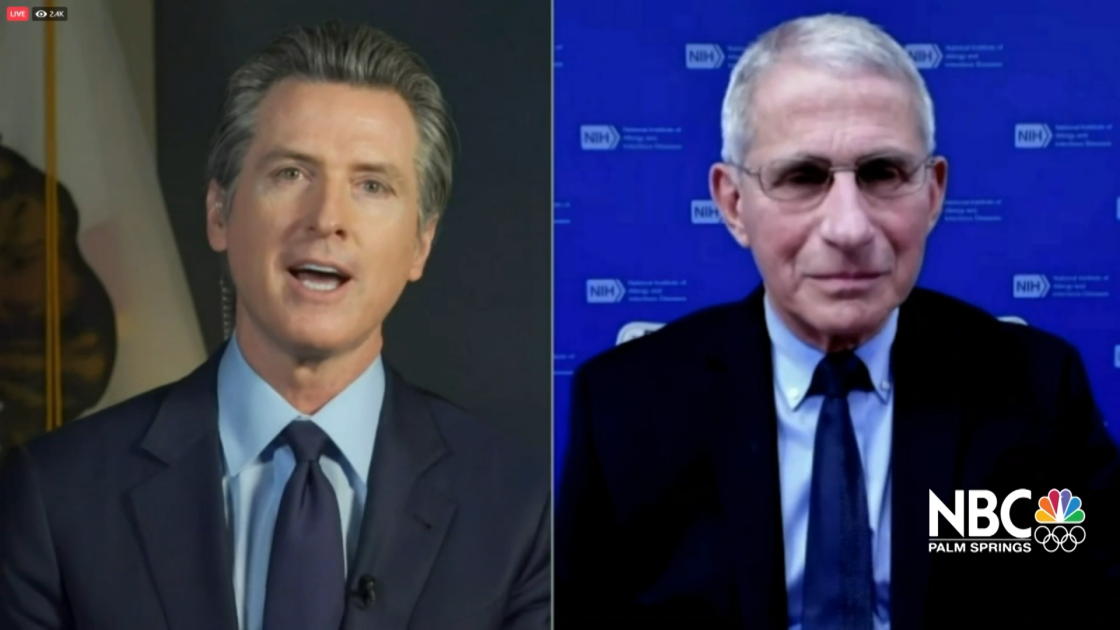 RIVERSIDE (CNS) – A new, more contagious variant of COVID-19 that was first detected in the United Kingdom has been found in Southern California, Gov. Gavin Newsom said Wednesday.

The variant — which is no more dangerous than the original virus but is much more easily transmitted from person to person — was first found in the United States Tuesday in Colorado.

Newsom made the disclosure during an online conversation with Dr. Anthony Fauci, director of the National Institute of Allergy and Infectious Diseases. He did not offer any other details, and did not specify exactly where the variant, known as B.1.1.7, was detected.

Fauci said he was not surprised to hear the variant was found, saying, “we likely will be seeing reports from other states.”

Los Angeles County Public Health Director Barbara Ferrer said Monday local health officials had tested a limited number of samples from COVID- positive patients, and “we have not found any evidence of the variant in that first group of tests that we ran.”

“That doesn’t mean it’s not here,” Ferrer said. “It just means it didn’t show up in the first round of testing.

“… For all of us in public health, because there is so much spread right now and so many people who are infected — and we’re not running all of the samples through this sort of gene sequencing — it would be impossible for us to say with all certainty that the variant isn’t here,” she said. “And almost all of us, I think, agree that there’s a high probability that the variant is here, although at this point it doesn’t appear to be dominant, because if it was you might see it initially in the samples that are being run.

But Ferrer said even if the variant is in the county, it wouldn’t change the infection-control measures that are already in place.

“There is a lot of community spread, and that makes it easier for this virus to keep spreading,” Ferrer said. “So we’re all going to have to do everything we know how to do to contain the virus.”